The Apprentice: a show I hate to love 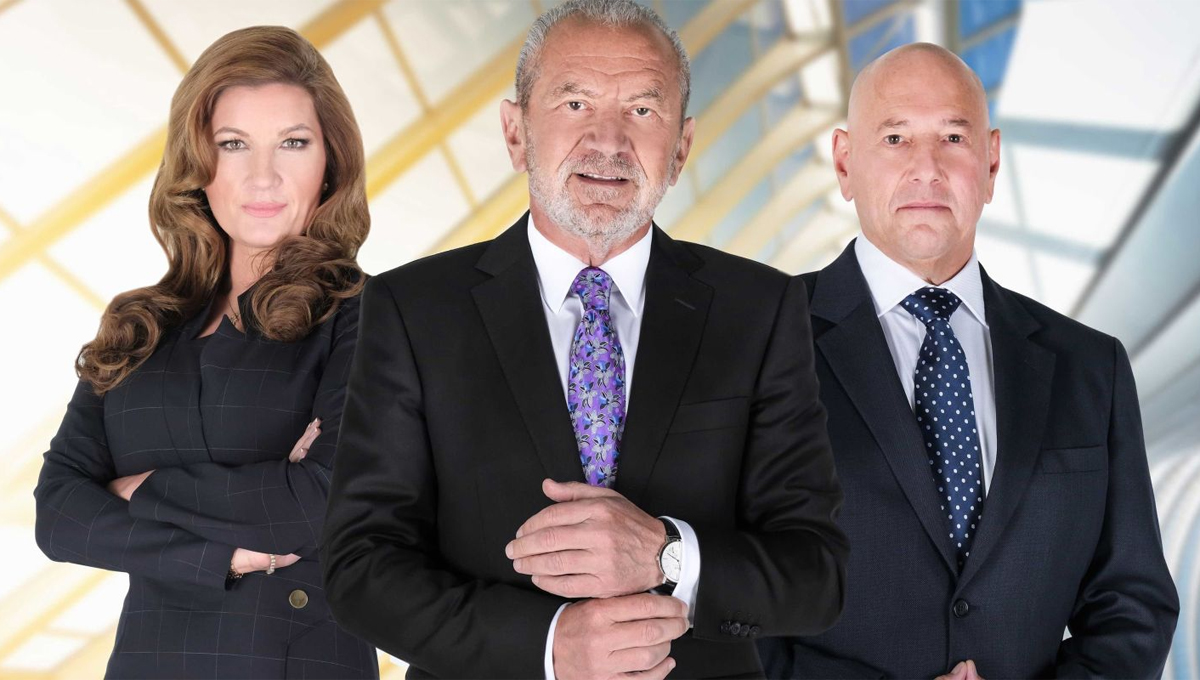 The Apprentice is back! Here's one geek's moral struggle with his enduring love of the BBC reality game show…

The start of a new series of The Apprentice always seems to creep up on me. Somehow it isn’t until I hear Prokofiev’s Dance Of The Knights blasting through my living room on the first trail that I become aware of its imminent arrival, and it always fills me with the same feeling of slightly shameful excitement. I’m really not a fan of the term ‘guilty pleasure’, as nobody should be made to feel guilt simply for enjoying something that the cool kids don’t, but The Apprentice is the only show I can think of that I genuinely feel bad for enjoying so much. It’s easy to see it as a parade of wankers who you wouldn’t want to sit near on a train, let alone devote an hour a week to. I find myself feeling jealous of those who don’t feel a need to tune in. Nor can I justifiably fall back on my set excuse of ‘I watch it for the tips on business’. Come on, it’s as much about business as The Belko Experiment was, and how much can I really learn from watching some vivid, caricature goofballs running around London at night shouting ‘We still need to purchase a Jolly Roger, a croque-en-bouche mould and some squid ink!’ again? If the sole goal of entering The Apprentice was to further a business idea through the medium of television, I’m sure that you could appear on Dragons’ Den and ask for £250,000 for 50% with a lot less ritual humiliation involved. It would most definitely be shorter suffering.

See related
The horror movie undertones of The Goonies
Bonnie & Clyde, and the film critic who helped change its fate

The main problem I have with The Apprentice is its capacity to enhance and reward unpleasant characteristics such as greed, vanity and ruthlessness. It’s a delicate balancing act for the producers to find people who are engrossingly terrible, who you want to root for as the process develops, but who won’t upset the apple cart if they really do turn out to be that sour. Sometimes they don’t get it right. This is the show that gave the likes of Katie Hopkins a platform and, over in America… well, let’s not go there. I shouldn’t be able to forgive a show for that. It’s the same reason I stopped watching Big Brother after the first few runs. Sensationalism over genuine character. TV clickbait, basically. However, when I see the adverts fanfaring its return, I still do a little air-punch of celebration. Why is that? Here’s my attempt to try and rationalise my reaction.

I remember a conversation I had with a friend just after series seven had finished. He said that he’d had enough of the show and that the winner (real-life Penfold Tom Pellereau) had “only won because he was the nicest candidate, not the best at business.” At the time that my argument had been to reel off occasions where I thought Tom had shown skills over personality but now I wonder why I didn’t just say ‘well, what’s wrong with that?’ When the second series of the show doubled the viewing figures of the first, the producers must have felt the need to keep that momentum going. Enter Hopkins spewing her bile; a guaranteed ratings-baiter. But, since then, the equilibrium has more or less been kept. The grinning buffoons who spout nonsense like “My first word wasn’t mummy, it was money!” seem to have at least a bit of their tongue in their cheek, an argument given further weight when the sister show You’re Fired appeared, taking a more comic stance and showing that most of the participants had a detectable sense of humour. A certain amount of likeability graces the more successful candidates now, from the aforementioned Tom, to grinning, fumbling greengrocer Adam Corbally or the late, great Stuart Baggs with his field of ponies; those guys seemed to push through the process on willpower alone. I think this is key to my allegiance. As the series have ticked by, they’ve given us more of a look at the workings of the ghost house and we’ve been allowed to see that it’s not so scary after all. Original business aids Nick and Margaret, so brilliant at delivering harsh but fair commentary with a perfect comedy eye roll, were gradually shown to be cuddly dears whose departure felt genuinely sad. Karren Brady has an even tougher exterior shell but her sense of humour is allowed to permeate through, like the reassuring wink of a pantomime baddie to the one child who is far too convinced by her act, making them aware that it’s all make-believe really. The fact that Karen uses her strength away from The Apprentice to speak out about the injustice of the female pay gap is also a bonus; with great power comes great responsibility and she can handle hers. The best example to prove my point however has been the advancement of Claude Littner. Starting out as the inescapable Balrog man from the now-infamous interview section, Claude has advanced through the ranks as his layers have peeled. He is a master of the fearsome one-liner. His put-downs sting and bruise and his fiery disappointment can still grill you immediately, but look, he’s smiling! Here he is cracking a joke. Here he is actually praising a candidate, albeit well out of their earshot. And, yes, even commander-in-chief Sir Alan of Sugar has been shown to have a GSOH on occasion. He is still very much a divisive figure but it is hard to imagine the man who sits somewhere between Yoda, Gregg Wallace and a Zoltar machine going on a country-running rampage in his lust for power, especially since we’ve seen his smile creep in. Early considerations for the role included Phillip Green and Michael O’Leary, so, y’know…

Maybe I’m making excuses. I’m sure there is a true vision-of-Hell version of The Apprentice that can be made from candidates who have failed at the audition stage; irony-impaired alpha-people who believe that the show can be won simply by mowing down the rest of the field with an insult chainsaw. I’m sure they spend many weeks after they’ve been told they won’t be amongst this year’s crop ranting and raving about how the show has ‘gone soft’. But does the sense of role-playing really excuse the fact that the show takes pride in these characteristics? Whether The Apprentice invites them to play or not, doesn’t it encourage this behaviour in the business world anyway? As much as we’d like to believe that the entrepreneur sector is only populated by spooky-masked Sugar-aids or cuddly Dragons, we’re all highly aware of the billionaire tyrant stereotype that is forged from the same fire, especially at the moment. It’s here that I find myself leaping back upon my earlier defence and reverse-engineering it: ‘But the show isn’t really about business!’ They measure about as much business acumen as a thermometer filled with jelly would. The assumption that the next Richard Branson or Donald Trump is lurking around the corner is absurd. You couldn’t get them to sign up to this kind of circus and I mean that as a tick in the positive column for the show. Business success stories do not start with manic-eyed, hungry individuals scrabbling around in the dirt for praise titbits being tossed to them by a benevolent emperor. The Apprentice is not a business boot camp, it is a custard pie in the face of ego.

At the end of it all, someone is declared the winner (or ‘least objectionable’) and they disappear forever into money-making land, which is not shown as it’s actually very dull by comparison. The only candidates who continue to suffer once the curtain has come down on another series are the ones who probably should have kept their mouths shut to begin with. And let us not forget that these souls sign up for the show themselves. They’ve all seen previous editions. They’ve watched other candidates be torn up both in the Boardroom and on social media and still thought ‘I’d like a piece of that!’. Never underestimate the part of the soul that lets you get yourself into situations of possible ultimate humiliation; it needs a substantial crumple zone if you are to survive. I shall probably continue to feel a little bit guilty for enjoying The Apprentice. I can’t think of any other show I enjoy that sits in the weird ‘reality’ bracket. Real people in fake situations; mostly the abusive, freak-show nature of those programmes is enough that I never turn them on. But if all the world’s a stage and all the men and women merely players then I guess I’m okay watching someone who has volunteered to play the clown. As long as I can keep it firmly in my head that it is a gameshow, far removed from real life, where the participants purposely exaggerate and spoof and gurn, then I can continue to excuse it. It speaks to the small part of me that is always game for a laugh, even in my shy, retiring nature.

It’s not big and it’s not clever but it is cathartic. Bravo to the producers for managing to keep it on the right side of fictional across the years. As long as nobody ever breaks the news to me that Sir Alan is running for PM, I think I’ll be able to continue to excuse my addiction to this true ‘guilty pleasure’.