Taskmaster: the top 11 tasks so far 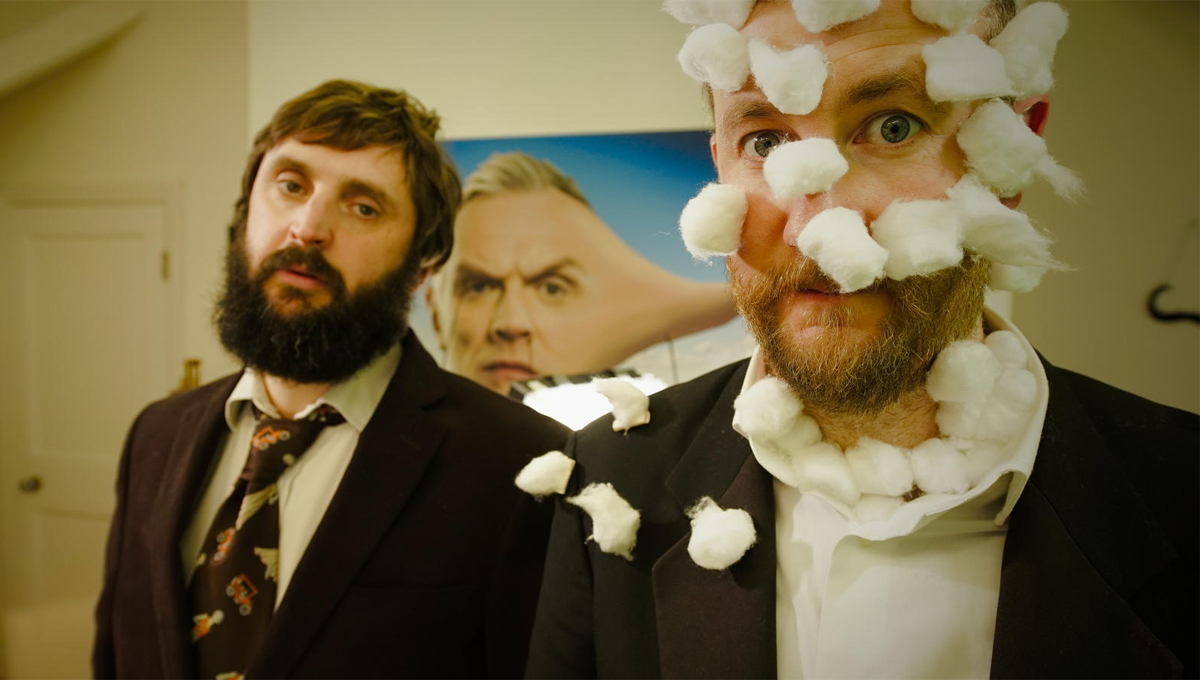 Warning: if you’re new to Taskmaster, catch up on Dave before reading this. We’d hate to spoil any surprises.

Commence rummaging for your most unusual/impressive/heaviest item, because Taskmaster is back. Starting tonight on Dave is a new eight-episode run of the challenge-based comedy series, this time testing the mettle of Sir Bob Mortimer, Sally Phillips, Nish Kumar, Aisling Bea and Mark Watson. This one’s coconut-themed, apparently. (Previous series have been vaguely themed around eggs, potatoes, rubber ducks and… whimsy?)

To celebrate its return, we’ve selected some of the previous series highlights. Below then, enjoy reminiscing about an amount of tasks that would, balanced atop one another, roughly equal the height of a Spice Girl, which is to say, eleven.

When tasked with making an exotic sandwich in series four, Mel went sweet, Hugh went savoury, and Noel went off piste. “It’s more like a bread collage really, when you think about it,” he said, delicately draping slices of wholemeal bread around Alex Horne’s head. This task had a terrific pay-off when it was revealed to the comedians it was actually a task of two parts…

10. Get information from a Swedish person, who may not communicate in English.

Swedish Fred proved a hit the first time he was used on the show, so he’s been back multiple times. This choice refers to his series two visit, after the time Frank Skinner discussed intimate medical matters and Roisin Conaty asked him if he’d ever met anyone with three breasts, and before the time Joe Lycett asked him out on Skype while donning a wetsuit. Hooray for Swedish Fred. We love Swedish Fred.

Alex says: “It’s only because I have one friend who’s pale and then the initial task we needed to make somebody blush, so I thought of my friend Fred. People liked Fred so we thought we’d keep him in it so that’s why there’s a vague link with Sweden.”

9. Do something that looks impressive backwards, in an hour.

They were all winners here, but this was chosen simply because of Romesh Ranganathan and his excellent short film, ‘Tree Wizard’. It not only featured daring stunts and actual magic, but also had an 80s Saturday morning cartoon-style theme song and undeniable franchise potential. “Tree Wizaaaaaard, back from the dead to create some balloons. Tree Wizaaaaard, hands together he creates a balloon…”

8. As a team, get a wheelie bin across an obstacle course, one person in the bin, rest of team blindfolded, nobody can speak English.

Sometimes silliness is what’s required. It doesn’t get a great deal sillier than someone inside a moving wheelie bin shouting with increasing desperation in a half-remembered foreign language while their blindfolded teammates push them around a home-made obstacle course. If you didn’t laugh at this one, you may wish to get your funny bone x-rayed.

Alex says: “That was a very silly task, that wasn’t a clever one at all, it was very different to the squash court one, it was just stupid. Also, the props were the most cheap, basic items. It was not a high budget thing. People don’t really mind that. Just Mel and Hugh wittering away. It’s a bit like seeing your uncle and aunt do it at a wedding, which is nice.”

7. Surprise Alex when he emerges from the shed after an hour. The responses to this were just terrific, from Rob Beckett’s nan costume to Al Murray’s specially hired gong, to Paul Chowdhry’s deadpan delivery of the news that he’d been waiting fully clown-suited in a box for Alex to arrive. Innit.

Alex says (here): “That was a lot of fun because I’d sat there knowing something was happening outside – a weird experience.”

6. Knock all the rubber ducks onto the ground

The efficiency at which Hugh Dennis pulled this one off is as magisterial as the ineptitude of Lolly Adefope’s attempt, whose idea of subjecting the ducks to water cannon was strong, but her execution was not. Stupid, stupid fun.

Alex says: “I really like it because I like how the ducks look at the camera. It was a good one in terms of the different methods, but I felt awful for Lolly that the water didn’t work immediately, but she worked it out. Hugh was one of my favourite ever people, he either did things really well or really badly and it was nice seeing him absolutely crack a task.”

5. Buy the best present for the Taskmaster with £20

This is commitment. Josh Widdicombe set a standard that’s yet to be matched on this oft-repeated series one task. Given twenty pounds and ten weeks to buy Greg Davies a gift, he willingly molested his own subcutaneous layer and surprised the Taskmaster with a touching tribute. Bonus: Greg licking his finger and rubbing Josh’s foot to check that his ink was real.

4. Camouflage yourself, then be photographed in position, where the Taskmaster will try and spot you. Noel Fielding cemented his subsequent victory early on by thinking outside of the box and inside of the fruit bowl. While Joe Lycett’s ‘Where’s Wally’ approach was ingenious (bonus points for the inclusion of former contestant Al Murray), Noel’s was just special. The less said about the otherwise brilliant Mel Giedroyc’s efforts the better…

Alex says: “That was one of my favourites. I’m not sure if that task would have been quite so good if Noel hadn’t done that, but that was one of my favourite moments of that series. Al [Murray] lives nearby and really enjoyed himself so he keeps popping up, weirdly, we don’t ask him to, but it’s great. He got his kids to come along and have a go during the recordings of that series. He did ask first – he comes to the studio too. He must have a bit of free time. It’s nice having a supporter.”

3. Get this boulder as far from this place as possible.

Funny for Roisin Conaty proving why she makes a great comedian but would make a less good PA. Also funny for Frank’s public transport-based outing, of which Alex has very fond memories.

Alex says: “I think from series one, my favourite was when they were getting rid of that boulder. I got to spend a lot of time with Frank Skinner on a train, just me, him and a boulder, because we couldn’t get the camera crew on and that was a lovely moment, just thinking what I am doing? Just me and Frank Skinner and a boulder! Frank is incredibly famous and incredibly good with the public, so that was a moment.”

Team tasks are always fun and this Derren Brown-style mind game was the best of them. As far as the contestants were concerned, ‘points’ were arriving and departing with no logic. Their job was to suss out the method in Alex Horne’s madness, which led to some very entertaining hypotheses.

Alex says: “I loved that one. I enjoy the ones where there’s sneakiness. A lot of people talk about that as a really fun one. The contestants were very frustrated, I think they felt like they were in some weird game that they had no control over. Yeah, that was a good one. Seeing Romesh that enlivened is always funny.”

1. Impress the mayor of Chesham

Poetry, dance, bribery, Jon Richardson being uncomfortable… this task had it all. Points to the mayor of Chesham for playing along, and for graciously receiving the gift of 42 Calippos from Joe Wilkinson. Let’s hope he declared them on the register of interests.

Alex says: “They hated that one. That was the one I’d say people enjoyed the least doing because they’re suddenly under pressure and it was so embarrassing. I know Jon [Richardson] hated it, but funny. And the people who did it well, Katherine and Richard really excelled themselves. I would have hated it. That’s the one I really wouldn’t have like to have done because it was so exposing.”

Those are just ten of many. Tell us what you’d add to the list below?