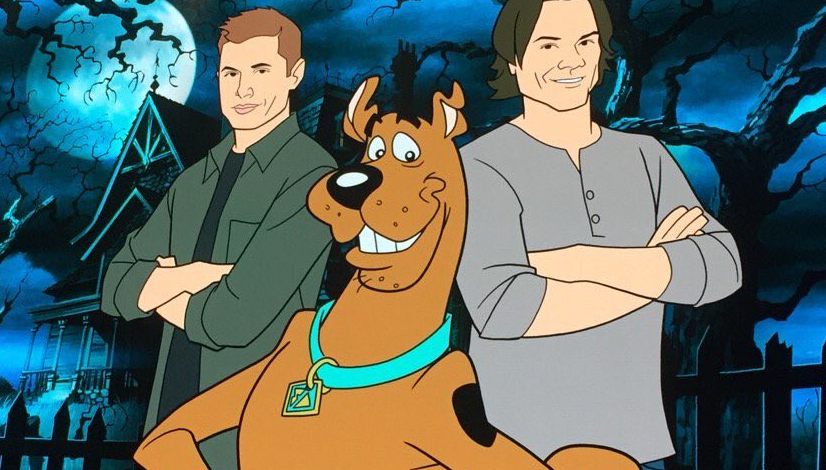 This is actually happening: Supernatural season 13 will have an animated episode with Scooby-Doo…

At a big event hosted by The CW network, we found out one key element of Supernatural season 13. It will feature an animated episode with the Winchester brothers teaming up with Scooby-Doo and friends.

Having the Winchesters meet Scooby-Doo makes perfect sense, and it’s an even more perfect gimmick episode for the “indestructible” (in the words of CW President Mark Pedowitz) show as it enters its lucky thirteenth season.

It sounds like there was a bit of confusion at the event, as to whether this announcement was real or a prank, but then Entertainment Weekly came to the rescue to confirm it as 100% official and genuine…

“Although some thought it could be a joke,” their report reads, “EW has confirmed that the episode is really happening. No word yet on whether the rest of the Scooby Gang will join in on the fun, but fingers crossed!”

250 episodes in, it’s amazing that Supernatural is still finding ways to surprise us. Let’s hope that Shaggy, Fred, Daphne and Velma – heck, maybe even Scrappy! – can be squeezed into the episdoe alongside Scoob, for maximum wacky fun levels.

Now bring on the Scooby Snacks.