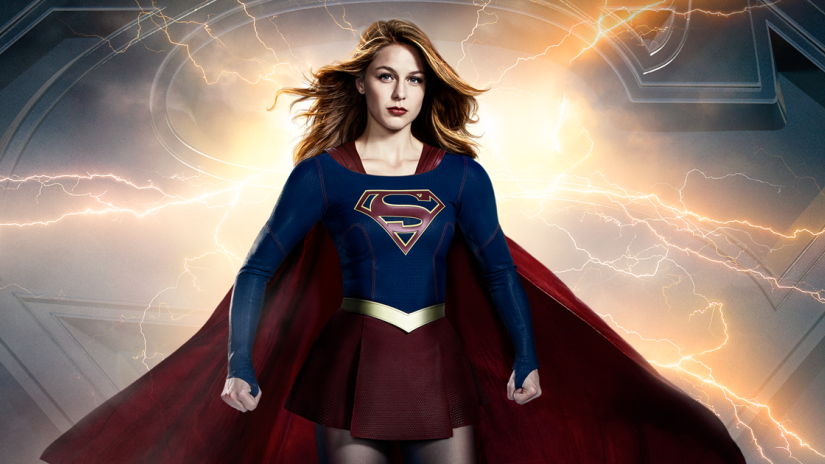 Kara and Alex go to ground to lick their wounds in this blast-from-the-past episode of Supergirl. Spoilers ahead…

From the start, this episode of Supergirl felt different. The mournful soundtrack, the vintage car on the lonely mountain road, the focus on the Danvers sisters. This is the episode we needed to mark some time and hold some space for the collective pain shared by the Danvers sisters. It’s so much more successful than similar efforts in the first couple of episodes because it allows us to follow along on Alex and Kara’s journey, rather than just hear about it.

The bookends of this episode tell us about the journey the writers are hoping we will take with these mourning siblings. On paper, it’s the same scene: two sisters driving in an old car down a winding, wooded roads while music plays. But the devil, as always, is in the details. We head into Midvale and the episode with a heaviness in the air, and so much distance between Kara and Alex: the way they express emotions, where they are in their respective grieving processes, and perhaps where they’re headed this season. But like any good trip to mom’s house, they leave lighter, closer, and a little nostalgic—and so do we.

This episode highlighted how different the Danvers are and always have been. The actors playing their teen selves did a great job capturing their mannerisms, and teen Alex in particular was spot-on, from appearance to characterisation. In the present, we see how differently the two women grieve, and the friction that causes. Alex has a point, albeit one she makes with as many barbs as possible—true support means showing up for that person in a way that is meaningful to them, not to you. Kara wants to give Alex the kind of weekend escape she would like for herself, all tea and cosying up with their mother. Meanwhile Alex, though she does come to appreciate the time away, is more of a whisky-in-solitude kind of gal.

Back in their teen years, we caught a glimpse of what life was like in the Danvers household in 2007, and what finally brought Alex and Kara together. Spoiler alert: it’s working cases, because even as teens the Danvers sisters were all about truth, justice, and the American way. Everything in 2007, which was the bulk of the show, felt very Smallville, and not just because Chloe and her Wall of Weird were namedropped and Chloe even had a digital cameo, in the style of Clark circa season 1. The comparison to Smallville isn’t a bad thing, that show made many people take superheroes seriously when it comes to real storytelling and family drama with heart.

The downside of the high school plotting was the actual high school part of it. Since they couldn’t afford to spend much time establishing characters and their dynamics, everything felt very pat. Why are two sisters of different ages in all the same classes? And should we really be impressed that high schoolers know George Washington’s first name? Because the writers need us to know that the sisters have a rivalry, and understand the roles they take on in that rivalry, and fast.

The statutory rape plotline wherein a 27-year-old teacher is in a relationship with a teenage girl feels particularly timely this week. But sexual violence narratives always feel timely, because they always are. Alex and Kara hashing out some of their thoughts on how this would turn out for Josie—Alex takes for granted that the teenage girl will get in trouble, but naively thinks she won’t also be blamed—felt natural for their age and the time. 2007 was only 10 years ago, but it was worlds away in terms of awareness on this particular issue.

Like the first few scenes setting up the high school taxonomy of teens, the resolution of the case of the week felt a bit easy. The last character we knew who wasn’t Eliza Danvers did it, and a crappy local sheriff to boot. This episode felt very reminiscent of Veronica Mars, as well, from the crime-solving teens and outsider attitude to the predatory teacher and the nasty sheriff. Supergirl’s teenage flashback could do a lot worse than Smallville and Veronica Mars.

So far this season, Kara has spoken a few times about the need to accept that she isn’t human, but she hasn’t ever come right out and said what that means. The closest she’s come was in this episode, when she told her mother about the need to “walk away from certain vulnerabilities,” and her teenage self told teenage Alex that she’d rather be human than risk losing her sister. That sounds like Kara is trying to either cut ties with those she loves, or else try to care less.

I don’t know why Kara thinks being Kryptonian means a life without love—familial, romantic, and platonic—but it sounds like Kara is trying to take away the very thing that makes Supergirl, both the woman and the show, strong: her heart.