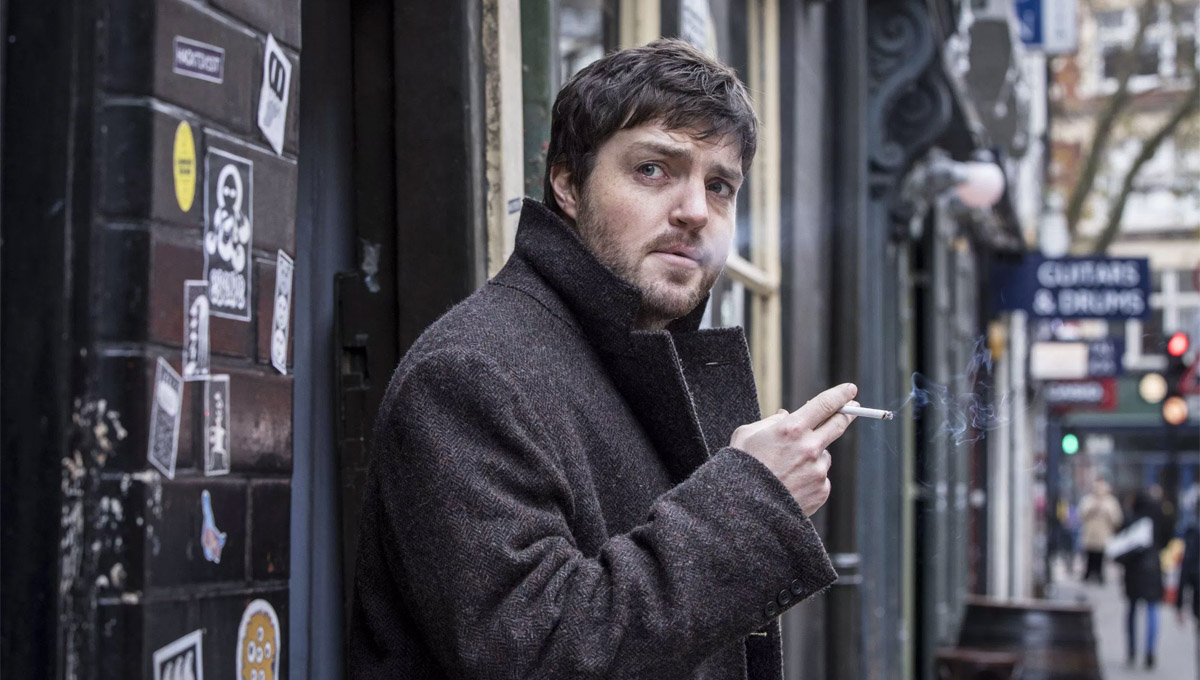 Cormoran Strike is a refreshingly old-fashioned kind of PI. Spoilers ahead in our episode 2 review of The Cuckoo’s Calling…

It’s rare for TV detectives to be easy to get along with nowadays. In addition to a tragic backstory, the modern variety tends to come equipped with a personality disorder that lends them a usefully unique perspective on crime. A lack of interpersonal skills is crucial. They rub people up the wrong way, don’t play well with others and shrug off relationships in favour of stalking around dockside warehouses at night speaking Danish. Even the non-Scandi ones are, metaphorically, Danish.

Increasingly few twenty-first century TV gumshoes are people you’d sit down with for a pint and a good moan – unpretentious types able to switch off from the job, get pissed and eat a kebab. DI Ellie Miller on Broadchurch is one, and we loved her for it. Cormoran Strike, despite having the name of an Eagle Comics character, is another.

Strike itself is very easy television to get along with. In episode two it continued to be well-paced and engaging, even funny when it wanted to be. Tom Burke and Holliday Grainger remain solid casting choices (I haven’t read the books so have no qualms about fidelity.) They have natural chemistry and are just extremely… likeable. As an ‘in drink’ Strike told Robin this episode, she’s a decent person. They both are and it makes for relaxing viewing.

You could stumble upon this as a weekday afternoon repeat on a digital channel in a few years’ time and it’d give you the warming joy of discovering an unwatched Morse – good story, entertaining characters, and a plot that goes from A to B to C without fannying about. It’s a satisfying, traditional roast dinner of a crime drama. You know what you’re getting and you know you’re going to enjoy it.

Episode two, which took Strike further into the upscale world of expired supermodel Lula Landry, was enjoyable stuff. We learned from his half-sister that Strike has doubts over whether their mother—whose death was also ruled to be a suicide—was really murdered, lending a personal dimension to Lula’s case.

A need for professional distance didn’t stop Strike getting up close and personal with Lula’s best friend Ciara (Amber Anderson), who was also his path to Lula’s ridiculous Pete Doherty-style rock star boyfriend Evan Duffield (Bronson Webb). Do Duffield’s designer leather gloves point to his guilt? Or is ‘Uncle’ Tony the one Lula was arguing with before she fell? Could John Bristow be somehow playing Cormoran like a fiddle? Of whom did Lula tell her adoptive mother she was scared? Strike and Robin will sniff out the truth, patiently following one clue, then the next, and the next.

And they’ll be surrounded by brightly painted characters while they do so. Ciara the It Girl. Guy the fashion designer. Tansy the unhappy coke-addicted wife of a billionaire movie producer. Lady Bristow the crime drama essential ‘senescent/dementia-suffering person who drip-feeds crucial info in gnomic half-sentences’.

The second hour left us with a tantalising cliff-hanger. Strike thinks he’s worked out who the killer is, and I’m damned if I can work out which detail he spotted in that CCTV footage that led him to the conclusion. Perhaps he has more in common with those savant detectives than I assumed.

It was also an hour that brought Robin and Strike closer together, cementing their work partnership in the viewers’ minds if not yet in theirs. She doesn’t want bland and corporate, she wants interesting and ramshackle. She wants Cormoran Strike. And so do we.