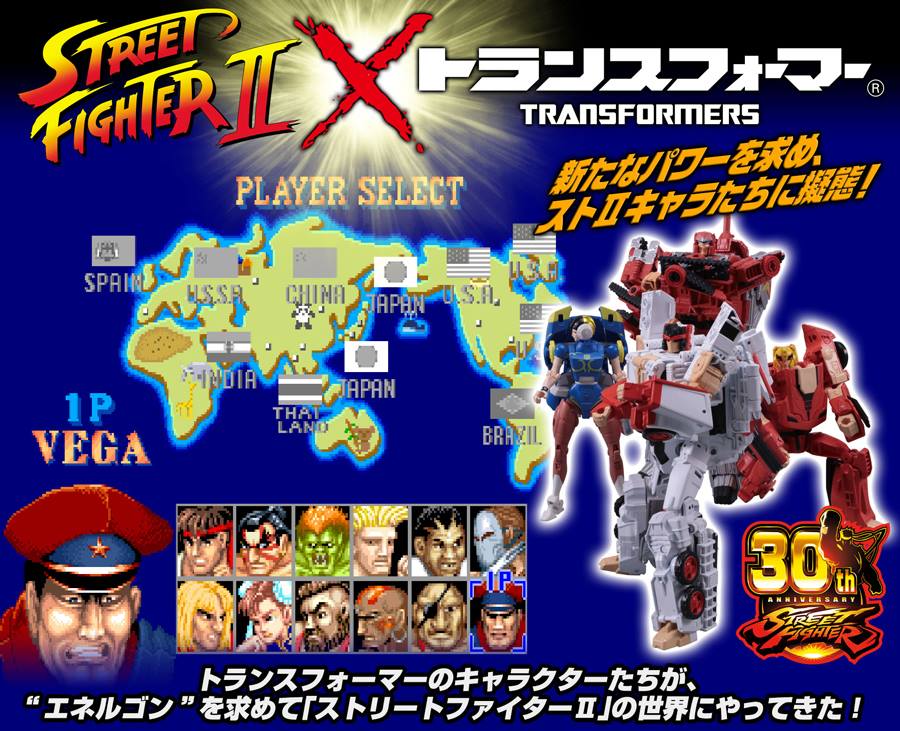 Japan's getting an exclusive set of Transformers based on characters in the classic Street Fighter II. Check them out within…

We’ve often spent many a sleepless night wondering what Transformers get up to on their days off. Dry-cleaning? Maybe a spot of origami. But thanks to Takara Tomy, we now have one official answer: cosplay.

Next year, the toy manufacturer will launch a small set of action figures based on characters from the fighting classic, Street Fighter II. In essence, this means you’ll get Optimus Prime painted up to look a bit like Ryu, Hot Rod as Ken, Megatron as Vega (or M. Byson) and, perhaps best of all, Arcee as Chun-Li.

We’re not sure what the in-universe explanation for all these antics would be – a Street Fighter-themed office party, perhaps – but they all look pretty cool. Prices are likely to go up pretty swiftly, too, since these Transformer brawlers are currently planned as Japan-exclusives. According to Destructoid, the figures will be sold in packs of two, with Ryu and Bison going for about $115, and the Ken and Chun-Li set going for $75. If you’re planning to find the things on eBay, expect to pay even more.

Still, if these cosplaying Transformers are a bit out of reach for most of us, the trailer is worth a watch, at least. It’s the branding synergy we never knew we wanted. Pokemon-themed Transformers next please, Hasbro.