Stranger Things season 3: what could be in store? 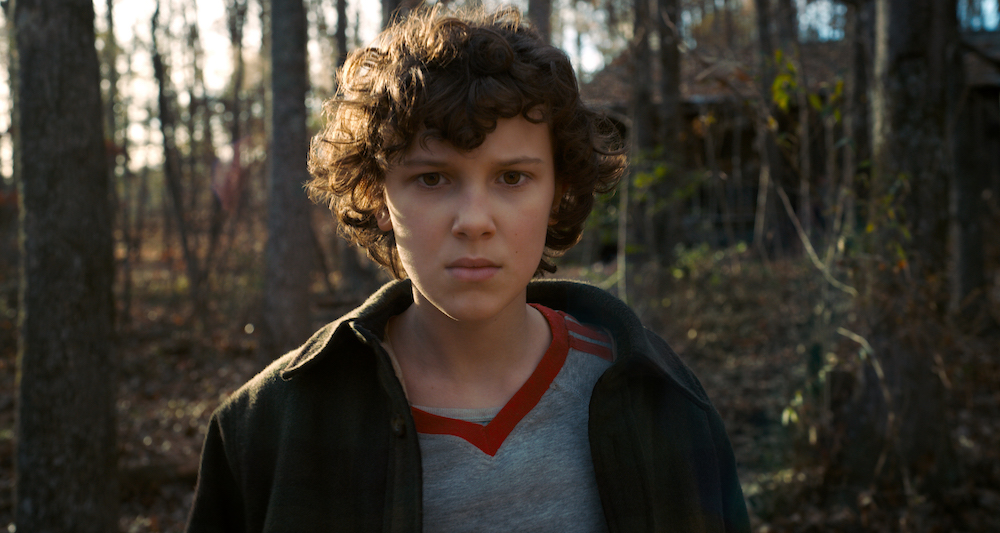 With many story arcs reaching definitive conclusions or even happy endings (two kisses!) for several characters at the end of Stranger Things season 2, the final episode could have served as the series finale and felt satisfyingly complete. But fans of the show don’t want it to end, Hollywood endings or not, and we already know seasons 3 and 4 are in the works. So what characters, plot elements, and tenuous connections could be carried over into next season?

Any theories we might pose would be purely speculative, but in examining closely some of the character treatments in Stranger Things 2, we can come up with some possibilities that the writers could explore. Before we get into specific people, however, there was one expected scene that came right before the credits, indicating that, naturally, we’re not completely finished with the Upside Down. Let’s start there…

The demogorgon and the demodogs were able to exploit small weaknesses in the walls between our dimension and theirs to make small infiltrations to grab Will, Barb, or woodland creatures to feed on. But the large gate that Eleven had to close at the end of Stranger Things 2 was clearly designed to let a much larger creature through: the mind flayer. Presumably, if the shadow beast had been given a few more days, it would have broken through and begun its conquest of our world one tornado-arm mind takeover at a time.

With the gate closed, that’s no longer possible, but if those final moments of the season 2 finale are any indication, the mind flayer has not given up as it hovers over the alternate version of Hawkins Middle School. So how will it plan its next attack when supposedly Eleven is the only one who can open a gate by using her remote viewing powers? Surely she wouldn’t make the same mistake she made when she was less skilled with her abilities!

A few possibilities present themselves, all purely theoretical. The first and least likely scenario is that there’s residual damage that can still be exploited, weaknesses in the wall that, now that the Upside Down knows they’re there, can be ripped open. But that’s too easy. A better guess might be that either an unscrupulous scientist investigating the Hawkins Lab incident or another powered person like El who doesn’t know any better will find their way back to the Upside Down, re-opening the gate either unwittingly or purposefully. Which brings us to our next item for speculation…

Now that Kali has been introduced as MK Ultra subject #8, the implication is that there are others from the program who might still be out there. Should Stranger Things season 3 or 4 introduce other numbered individuals with powers? Or would that be too much, venturing into X-Men territory?

Terry Ives kept her file of missing or supposedly dead children whose disappearances coincided with mothers who participated in government experiments, so there might be others that could be found. But given that Kali had a very different worldview than El did, who’s to say what mind frame other psionic children might be in? Considering that early numbered subjects might have died as the government perfected their methods, perhaps a #5 or #6 could be living with brain damage in a mental health facility or be otherwise unaware of their abilities.

Or maybe Dr. Martin Brenner, who’s supposedly still out there if we believe Ray, is working with a #12 in secret. Will Stranger Things season 3 have a younger telepath who’s either more amenable to working within Brenner’s parameters to spy on the Soviets or in need of rescue by the young, intrepid Hawkins heroes? We only saw Kali and Jane in the rainbow room, but there are still many possibilities for other numbered children if the writers choose to go down that road again.

Stranger Things 2 made a point of showing Steve working with Nancy on his college essay, but he wasn’t holding out much hope for continuing his education. The possibility was introduced that he might go work for his dad so that he could have a salary and benefits and “all that adult stuff.” Maybe season 3 will indeed show Steve working in Hawkins, living as a bona fide grown-up and continuing the maturing process that began in season 2.

That would mean that it’s Nancy’s and Jonathan’s turn to head off to college, and they’re more likely to achieve that goal than Steve was. We might see Jonathan applying to art school, pursuing his passion for photography, or maybe he will be taking up filmmaking now that he has inherited Bob Newby’s fancy JVC camcorder. Nancy could be applying to Purdue, IU, or even further abroad, allowing the writers to widen the scope of the show’s setting. A college visit could allow viewers to see how the events in Hawkins affected the outside world.

This may be placing too much emphasis on a small detail, but because young Erica Sinclair, Lucas’ sassy sister, was given several scenes in which to tease her nerdy brother, the possibility arises for Stranger Things to bring in a new generation of child warriors. Erica seems like she would take nonsense from no one, and since the group has already incorporated a jock, a punk, and goody-two-shoes from the older teenage set, perhaps the elementary school contingent could use an alpha female from less outcast circles.

Maybe she could even bring along poor, nondescript Holly Wheeler who will soon be old enough to wonder why Mike and Nancy get to go wherever they want at all hours of the night. Although she’s still around kindergarten age, Holly would have plenty of time to conspire with the wily Erica on their own minor mission, whatever that might entail. We barely got a glimpse of Holly at the dinner table in one episode this season, but combined with the power behind Erica’s “Code Shut Your Mouth,” these two young ones provide the perfect story-starter elements for the Stranger Things 3 writers room.

Billy was one of the few characters in Stranger Things 2 that did not get a transformational resolution for his arc, but that might have been because he was more of a villain than even the government doctor was this time around. Not that every antagonist needs to experience redemption, but there’s plenty of material for the writers to explore with his character. His competitiveness with Steve seemed more like posturing than pure animosity, and the two of them might come to an understanding in a future season. Or maybe a confrontation with the abusive old man is in Billy’s future.

As for Max, her introduction as a skateboarding video game expert was great for earning the respect and admiration of Dustin and Lucas, but her desire to belong to a family that cares about her is only the beginning of her story. As she becomes a teenager entering high school, it would be nice to see Max define herself other than as a love interest for Lucas. The AV Club party has a paladin, a bard, a cleric, a ranger, and a mage; rather than “zoomer,” could the group not incorporate a rogue? Let’s see Max become a lock-picker or a hacker like Bob Newby in the burgeoning BASIC days of the computer age. And speaking of Bob…

Bob Newby may be gone, and at first it seemed like the Byers family’s chances at the “normal” life he promised went with him. Whether Joyce would’ve really uprooted Will and Jonathan to live in Maine is certainly debatable, but his calming influence on Joyce and the admirable way he had almost immediate buy-in with the crazy map drawings all over the house is hard to deny. There may be a “Bob Newby: Superhero” poster up in the season 2 finale, but what is Bob’s true legacy that could be used in future seasons?

It may be a small thing, but Mike mentioned that Bob was one of the original AV Club members, which isn’t too surprising given Bob’s subsequent Radio Shack career. Mr. Clarke was even brought into the mix because of Bob, and some of the equipment in the AV room is from that time. Two possibilities spring to mind for future seasons: 1) there could be some hidden recordings from a previous encounter with the Upside Down or with a key player in the government involvement, or 2) there may be a Bob Newby flashback in our future which takes us back to the 60s. Wouldn’t that be groovy?

The above plot threads are only the tip of the iceberg of what’s possible with Stranger Things season 3. Because the writers didn’t leave a whole lot of loose ends to fiddle with, the direction they decide to go with the story is difficult to predict, but with the characters currently in play, there are plenty of developments that might carry them through yet another encounter with the Upside Down, however it comes about.