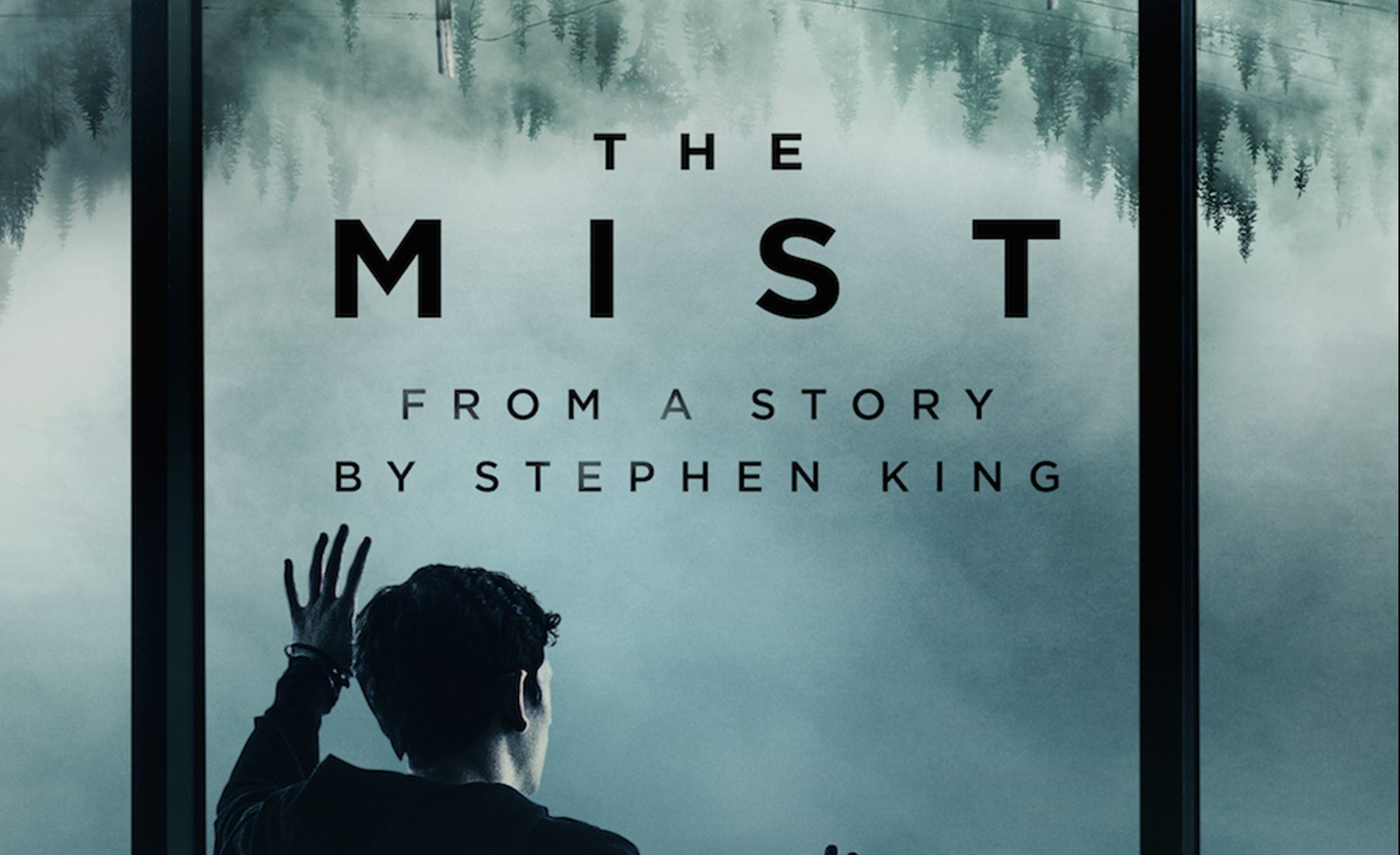 The Mist heads to the smaller screen – but how does it fare?

Stephen King adaptations are going through somewhat of a boom at the moment. The Dark Tower hit cinemas earlier this month, Mr Mercedes is currently airing, and there’s the new adaptation of It on its way. With a lower profile, The Mist TV series arrived on Netflix last week, based on King’s 1980 novella of the same name.

King’s novella has already been adapted by Frank Darabont in 2007, notorious for both its bleak atmosphere and human characters more terrifying than the giant Lovecraftian monsters that lurk in the mist. It combined moments of satire, horror, and political commentary with ease by keeping things simple and character-based. The mystery of where the mist came from was never the important factor, used as the catalyst to explore what happens to a small community when pushed to extremes by uncontrollable circumstances.

The television series offers a chance to explore this premise further, given more time to expand its narrative, the mystery of where the mist came from, and how the characters deal with the situation. Set in Bridgeville, Maine and with a whole host of new characters, including Morgan Spector as Kevin Copeland, Alyssa Sutherland as his wife Eve, and their daughter Alex, played by Gus Birney, who function as the central figures in the larger ensemble. Amongst the rest are Frances Conroy as local environmentalist and conspiracy nut Nathalie Raven, Danica Curcic’s junkie Mia, and amnesiac soldier Bryan, played by Okezie Morro. They are largely unrelated to King’s original tale (though keep an eye out for a Mrs Carmody in a wry nod to the novella and film’s scary preacher lady). Previous versions kept the characters confined to the supermarket – save for escape attempts and foraging missions – whereas here, the series splits out its main cast into three groups: a large collection of residents at the mall and two smaller groups at the police station and the church respectively. Gone too are the various monsters that Thomas Jane and gang had to deal with in favour of something more personal and specific to the individual residents of the town. It’s an effective shift and one which capitalises on the themes established in The Mist’s first episode.

Though it feels forced, the pilot depicts Bridgeville as a place with skeletons in closets all over the place. Showrunner Christian Torpe positions this town as a microcosm of the wider United States, where small-town anxieties feed into ongoing political and social debates. It’s a clever idea and the change in how the mist works well thematically for it. Unfortunately, there’s a real clunky element to the way these anxieties are included and it never really goes away as the series progresses.

Questions of faith and ethics are handled with all the subtlety of a giant tentacled beast, but credit must go to Conroy, whose character is sheltering in the church, for keeping most of these debates watchable. She’s head and shoulders above the rest of the cast and consistently fascinating even when saying preposterous things. The secondary characters at the mall, barely given names or discernible personalities, devolve so fast into a braying mob out for blood that it’s like reading a copy of Lord Of The Flies where the middle pages are all stuck together. As the show progresses, it resorts to increasingly cheap devices to shove the plot along. A sexual assault storyline that begins in the pilot is woefully mishandled during a lengthy mystery subplot. The main characters start to function more as ciphers of those small-town anxieties rather than feeling like real people in extraordinary circumstances. Most problematically, awful stereotypes come to the fore when the show decides it needs a villain. It prompts characters to change personality on a whim because the story needs it to happen with little to no prior foundation laid.

When the characters are forced outside to tackle the mist head on, the show steps up a notch and it’s here we see much-needed flashes of brilliance. The tailored aspect of the mist allows for keen character moments, more incisive than any of the dialogue-heavy scenes they were involved in. There are little scenes of haunting beauty, like a wisp of mist making its way through a keyhole. Death sequences are gory, inventive, and often surprising in their methods, including a Biblically-inspired sequence that is horribly stunning. Motivations become simpler, the direction gets sharper, and a real sense of atmosphere emerges. Then, we’re back inside and it all dissipates as fast as the mist behind a closed door. It’s in these all too brief moments that a real sense of frustration emerges. There’s a fantastic horror show in here, one which, like the film, offers up the possibility that humanity is just as terrible as what might be lurking in the mist. That these characters have more to them than some dirty secrets and an ability to make deranged decisions. Unfortunately, what we’re left with is a promising and intriguing concept wasted by clumsy writing and a cast who cannot transcend it.