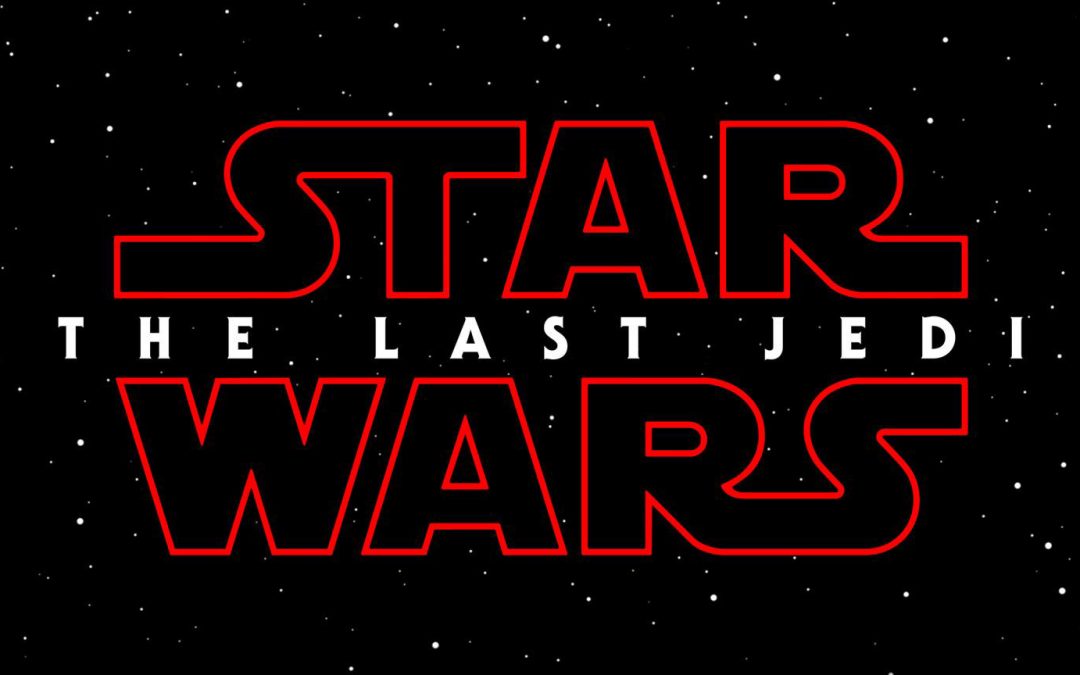 I am huge Star Wars Fan!  One of my earliest childhood memories is of my dad taking myself and my older brother to see this new movie called Star Wars in 1977. I was only 4 years old at the time and remember getting home playing Luke Skywalker, jumping off walls pretending to “Swing Across”  with Princess Leia. I had Star Wars everything from a digital watch to wallpaper. 40 years later I am still as big of a fan as I was then. I have continued to collect and have painstakingly recollected all the original 1977 to 1985 Kenner line, right down to every weapon and cape.

My dad would have been the age I am now when he took us to watch A New Hope and I recall he fell asleep through the original which substantiates what George Lucas has always said, that Star Wars is for Kids. Or in my case big kids.

I took my daughters to see The Last Jedi (Like my father before me); they aren’t huge fans but have grown up in a Star Wars home. I have been excited for The Last Jedi for the last two years and I enjoyed The Force Awakens but didn’t love Rogue One that was too much of a departure for me from the main Skywalker Saga.

The Short Version, I had a smile on my face for two and a half hours, and that’s what movies are supposed to do, pure enjoyment.

The long version, I love that the saga movies all start the same, a long time ago in a galaxy far far away, STAR WARS we get the crawl, then the screen pans down and we are straight into action.

Poe Dameron was underused in The Force Awakens and  I am happy that he get loads more screen time, but they don’t use him as well as I wold have liked. The mutiny plot made no sense, I think it’s supposed to make him into a better leader, but I didn’t enjoy him being slapped and shot by Leia.

Finn is totally wasted as a character, it’s as if no one knew what to do with him so they created a back story that wasn’t needed, introduced two new characters in Rose and DJ and it went nowhere and didn’t move the plot, or even affect the plot. The full Casino subplot could have been removed from the film.

Rey is a fantastic character and I like the dynamic between her and Kylo Ren. I was not a fan in Episode 7, he was a bit whiney like his uncle and grandfather but the scene with Kylo and Rey fighting back to back will be re watched on my Blu Ray for years.

Snoke and Rey’s Parentage were a throw away, but the way that Lucasfilm is making this trilogy with no overall story and each director has a free hand, it reminds me of Battlestar Galactica when the writers wrote themselves into a corner, they needed to know where this story was going, as JJ Abrahams sets up plot elements in The Force Awakens that are dropped or dismissed in The Last Jedi.  Abrahams will direct Episode 9, but The Last Jedi Director Riaan Johnson has left JJ with a much tougher job.

The original trilogy cast were the reason for my excitement, the reason I have been a fan for 40 years, Chewbacca will always be my favourite and was exactly how he should be, smashing down doors are being the faithful protector he always has been, even without Han. Leia was used better in this movie than The Force Awakens, I enjoyed seeing her use the Force, but perhaps they didn’t choose the right way to showcase that. I would have preferred if her story had ended as we know she can’t be in Episode 9, again that points to the problems Riaan Johnson has left JJ Abrahams.

The Droids are side-lined in favour of the shiny new “Toy” BB8 and only have a few scenes. Although their scenes with Luke are priceless.

So that brings me to Luke Skywalker, the hero, the one that made me jump off walls to try save the princess. His self-imposed Exile is similar to Obiwan and Yoda in the original trilogy and I understood his reasons, I had tears in my eyes when he was reunited with Aartoo and he uses the original message that brought his journey full circle, it was the same feeling I had when we see the Falcon for the first time in The Force Awakens. The inclusion of Yoda was another stand out moment.

The ending of the movie is pure joy, with Luke walking in like he was entering Jabbas palace, giving Han’s dice to Leia and the little wink to C3PO.  We see The last Jedi taking on the AT-AT’s, brushing them off and then his duel with Kylo, Luke is the Hero I always knew he was, his story ending in in a similar fashion to Obiwan. I just don’t know why the director chose for him to not physically be there as it robs you from the moment.

John Williams’s music is perfect; I particularly enjoyed the call backs to the musical cues from Empire for Yoda and a New Hope for when we see the Millennium Falcon in action.

I enjoyed The Last Jedi., I will see it again and will add it to my collection, it won’t turn me away from Star Wars, I am excited and nervous to see what JJ does to end Luke and Leia’s Story, as this looks like it will truly be the end of the Star Wars I grew up with, as a New Generation of force sensitive children take it into the future.