Shadow Of The Colossus remake coming to PS4 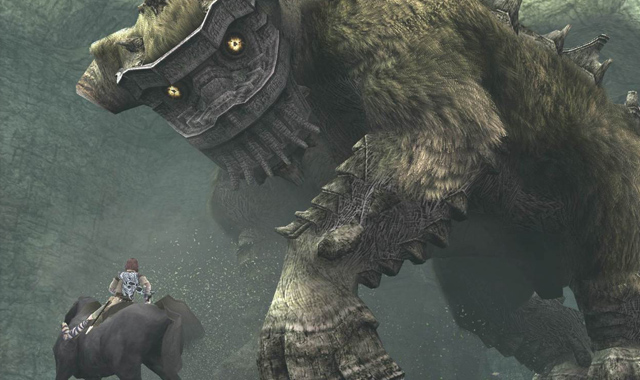 When Shadow Of The Colossus came out in 2005, it was towards the end of the PlayStation 2’s life – and the melancholy action-adventure pushed Sony’s ageing console almost to breaking point. As those amazing giant monsters hoved into view, the processor would stutter and smoke just to keep up with the action; the game was still a classic, but we couldn’t help wondering at the time, what would the game look like on a PlayStation 3?

More than a decade later, we’ve already had one HD reissue of Fumito Ueda’s game – along with his first masterpiece, Ico – but now we’ve learned that the PlayStation 4 is to get a full-blown remake of its own. Announced at Paris Games Week, the game will give the giant-slaying action a full visual overhaul, and the faded, desolate world Ueda dreamed up now looks more detailed and atmospheric than ever.

In terms of content, the game will remain the same as it always was: lonely adventurer Wander will traverse the land on his trusty steed in search of giant monsters to slay – each one a kind of giant, walking (or sometimes flying) puzzle that must be climbed and dismantled with cruel jabs of a sword. Developer Bluepoint, the studio updating Team Ico’s original, are said to be introducing a revised control scheme, though it isn’t clear how drastically this will change at the time of writing.

Something of a cult classic, Shadow Of The Colossus has provided inspiration for game designers all over the world in the years since its release; Nintendo’s The Legend Of Zelda: Breath Of The Wild had more than a hint of its gloomy spirit. Done right, a proper remake could endear the game to a whole new audience.

Shadow Of The Colossus is out in February 2018. Here’s a first-look trailer: