Scanners TV show in the works 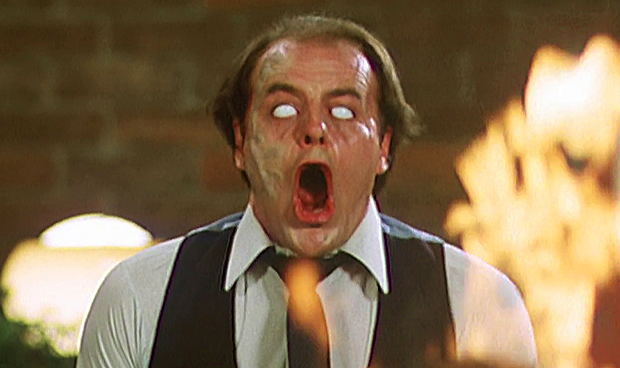 The realm of peak television just got a bit of news that’s looking to literally blow minds: Scanners, the esteemed 1981 science fiction horror cult film from director David Cronenberg, is set to be adapted – à la HBO’s Westworld – as a television series.

A bidding war over the rights to the Scanners property saw Michael Ellenberg of Media Res and Bron Studios emerge victorious, reports Deadline. With prospective studio suitors consisting of Lionsgate, Paramount and Skydance losing out, Ellenberg will put a Scanners television series into development. Serving as executive producer, he’s reportedly looking for a high-end filmmaker for the showrunner position.

For now, though, Ellenberg’s Scanners show personnel consists of a cadre of company people as executive producers, including Bron’s Aaron L. Gilbert and Danielle Reardon and Clark Peterson. While Cronenberg himself is not (yet) attached to the project, the film’s original executive producer Pierre David will return in the same capacity.

Scanners depicts an alternate-world Cold War scenario in which the concept of psychic warfare is more than just an anecdotal historical curiosity. In this near-future world, groups of people with psychic powers – called scanners – who possess the power of telepathy, mind control and, more even more dangerously, telekinesis, have emerged. The story centers on a secret war between private security firms over scanner dominance, pitting ConSec’s recruited neophyte Cameron Vale (Stephen Lack) against a clandestine group with world domination designs, led by Darryl Revok (Michael Ironside).

The psychic battles in Scanners are a sight to behold and, even if you haven’t seen the movie, chances are you’re familiar with this heavily-giffed scene in which the powerful Revok (under the pretense of being a non-scanner,) makes a messy victim of this poor psychic demonstrator.

Scanners hardly blew the minds of its contemporaneous 1981 audience, earning a paltry $14 million at the box office. However, its notoriety and/or inventiveness made it a cult classic in the eyes of posterity, leading to two straight-to-video sequels in 1991’s Scanners II: The New Order and 1992’s Scanners III: The Takeover, along with even more obscure spinoffs in 1994’s Scanner Cop and 1995’s Scanners: The Showdown. While plans for a remake movie in 2007 and a television series pitch in 2011 arose, nothing came to fruition until the IP became available recently.

This is certainly exciting news for fans of Scanners and the sci-fi/horror genre in general.