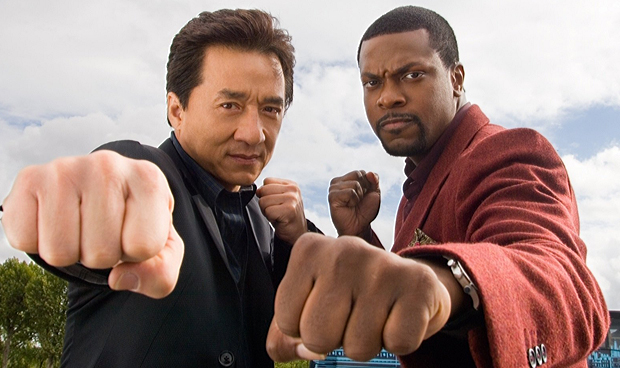 Rush Hour 4 is an active project again, says Jackie Chan, with plans to film the next movie in 2018…

The Rush Hour trilogy of movies, starring Jackie Chan and Chris Tucker, have proven hugely lucrative for all concerned over the past near two-decades. Not withstanding the fact that the quality of them diminished, there have still been plans to make a Rush Hour 4 for some time, although given that it’s now been ten years since the third film, most had given up hope of seeing it.

Now though, Jackie Chan – whilst promoting The LEGO Ninjago Movie – has confirmed that there’s finally a screenplay pretty much in place for the new movie. What’s more, it looks like it’s moving forward.

“Good news. Next year, Rush Hour 4, and I hope the script done”, Chan said. “And day after tomorrow we meet the director and Chris Tucker again to make sure we go the right track”.

That director is likely to be Brett Ratner, who helmed the first three movies. Although Ratner is also circling a biopic of the late Hugh Hefner, starring Jared Leto in the lead role.

As we hear more of Rush Hour 4, we’ll let you know…