Rotten Tomatoes, and the handling of Justice League 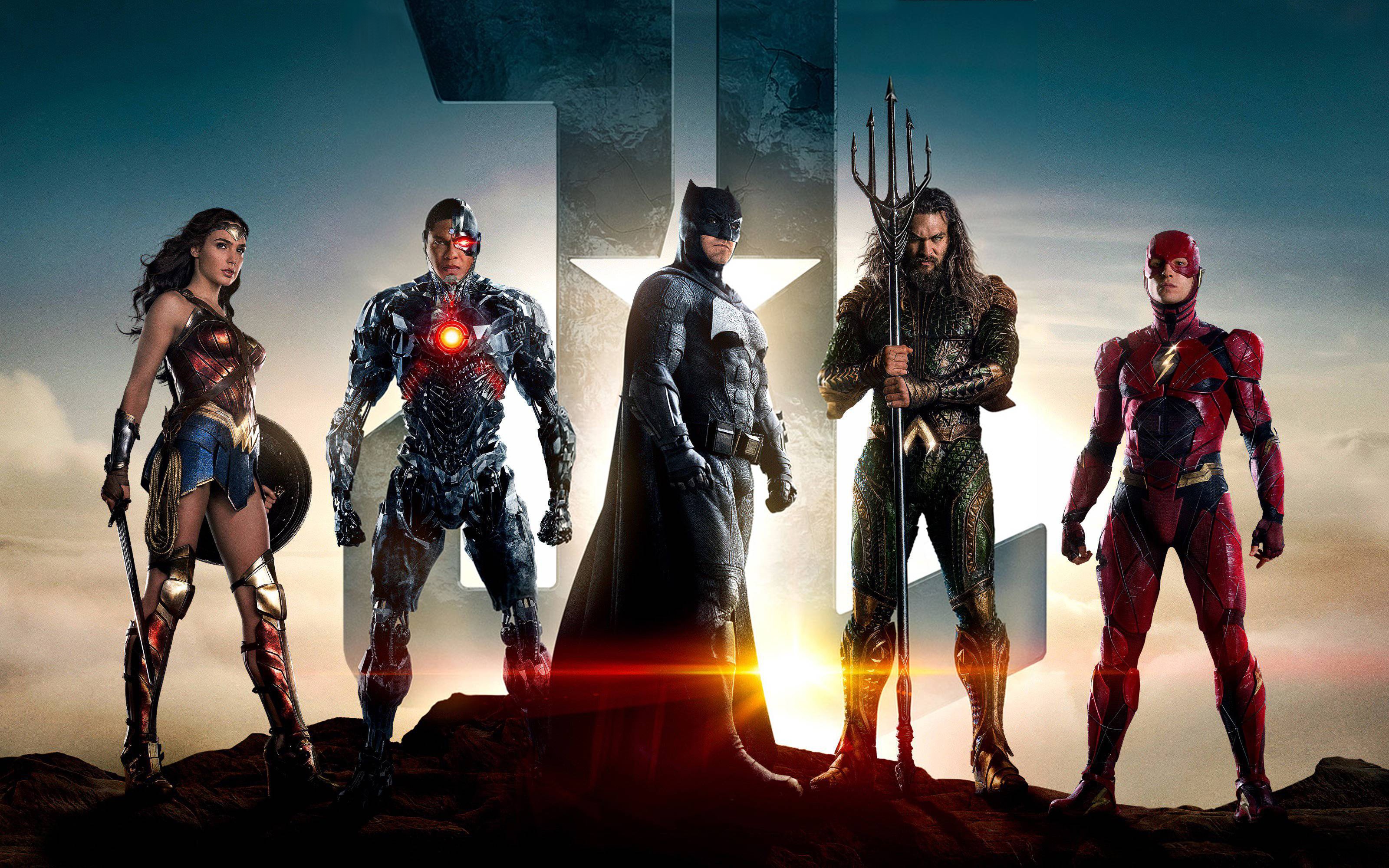 As Rotten Tomatoes holds back its Justice League score to launch a podcast, where does an aggregated score fit into film conversation now?

The level of influence that Rotten Tomatoes is exerting over modern day movies is up for (seemingly constant) debate, but the reverence that’s being paid to the scores the aggregator service spits out of its algorithms certainly seems to be growing. To the point now where Rotten Tomatoes will hold back one of the pieces of information for which people visit the site, to use to help launch its own services.

It’s the latest development in a year that’s seen the review aggregation site increasingly shift into the spotlight. Its audience profile has certainly risen, but against that, many filmmakers are increasingly dissatisfied by the way in which their work of often many years is distilled down to a number, that in turn is generated by a computer algorithm.

Martin Scorsese, for one, voiced his displeasure at the trend in a piece at the Hollywood Reporter last month, where he argued – with reference to Darren Aronofosky’s hugely divisive movie, mother! – that Rotten Tomatoes and online aggregators of its ilk “have absolutely nothing to do with real film criticism”. Instead, he said, they reduce a film down to a number. And whilst it’s debatable how many people choose to buy a ticket or not based on that number, a Rotten Tomatoes score is increasingly citied as a legitimate approximation of how a film was received. A score that doesn’t seem to be too helpful when a film splits its audience so much. Did anyone really come out of mother! thinking it was worth a seven out of ten, which is what the RT score came out as?

I’ve written about this before, here, in particular noting how the two leading aggregators of reviews compute their ultimate score in different ways. Rotten Tomatoes reduces every critical review – be it 100 words or 2000 – down to a ‘they liked it’ or ‘they didn’t’ computation. If a reviewer is deemed to have liked it, whether they think it’s a flat-out masterpiece or simply very good, it has the same weight. A 68% score would thus reveal that 68% of critics liked the film, with no measure as to how much they liked it. And that’s before you get to the different weight given to different critics. Metacritic, meanwhile, tries to measure how much someone liked something. A three star review is thus seen to be around 60%, and that’s the number taken into account.

But in films, it’s Rotten Tomatoes, arguably the crudest aggregator, that’s taken precedence, and permeates the industry itself.

For instance, I see new and upcoming film reviewers celebrating the fact they’ve been accepted as a Rotten Tomatoes critic (this is no slight on those critics, incidentally, more a measure of where we are). I’ve had directors personally write to me and ask if I can put my review on Rotten Tomatoes to help boost a rating (I choose not to be on the service personally). In videogames, games publishers are sometimes offered bonuses if the Metacritic score hits a certain number. In movies, it’s hard not to see that studio executives will use the Rotten Tomatoes number to give an idea of a filmmaker’s pedigree. Want to make a film? Well, if your last project scored 27% on Rotten Tomatoes, it ain’t going to increase your chances.

Increasingly, too, I’m seeing badges on film promotion suggesting that a film has been ‘Certified Fresh’ by the service. That this is now a selling point worthy of going on the poster. And certainly, it’d be remiss to not acknowledge that Rotten Tomatoes has helped shine a light on smaller profile productions that otherwise might struggle to get noticed. They’ve done it through collecting the voices of others, but in a hugely competitive film market, where lots of interesting pictures fall by the wayside, there’s an argument that every little helps. And if RT steers a viewer to watch their new favourite film, that’s hard to quibble with. After all, for all the criticism thrown at it, Rotten Tomatoes wouldn’t be so successful if it wasn’t doing a job that somewhere along the line, lots of people wanted it to do. But the growth of Rotten Tomatoes has inevitably seen is expand its services (and, thankfully, invest money in more material of its own). Its latest move really has me questioning who the service is for.

It’s decided to delay the reveal of its score for the new Justice League film. Its reason? It’s launching a new weekly podcast, and part of the show will be a ‘Tomatometer Score Reveal’. It’s not holding back the listing of reviews, that can still be found linked to on the site. But you won’t get the overall score until the show is released, and I’d wager that a wave of clickbait stories will follow (whether that’s the intent or not, but I’d suspect it is), along the lines of ‘Rotten Tomatoes Justice League revealed: click here to find out’. That a Rotten Tomatoes score is now a news story in itself.

This is being written before that reveal, incidentally.

The purpose of Rotten Tomatoes, as per its own About Us page, is that it “offers the most comprehensive guide to what’s fresh”. The problem now, as it seeks to turn its aggregation number into a piece of sellable content for its own services, is the reader is inevitably down the priority list.

You can probably guess that I’m no fan of the Rotten Tomatoes score (although a great admirer of its collecting together lots of reviews, so I’m not too bothered about this policy change personally!), but conversely, have long accepted that in an era when spoilers seem to routinely be dropped into some film reviews, that looking at a score before, and the detail after you’ve seen the film, has some merit. As such, Rotten Tomatoes holding that back suggests that it’s diluting one of its most useful features for its own ends. Sure, the score will be available just before the film is out, but still: the idea is surely to give readers a snapshot once the information is available, not when you’re set to record your podcast. By its nature, it’s supposed to be a useful guidance service to readers, and I wonder if it’s lost sight of that.

Of course, it’s Rotten Tomatoes’ algorithm, and it’s come up with something for which there’s clear and obvious demand. Furthermore, videogames were living by the laws of aggregation and precision scoring long before movies, and games now are arguably far harder to put any score on, given the amount of time it takes to properly explore a major new release. It doesn’t stop people trying, but hopefully, it eventually moves people to read the full reviews to get a flavour of how close to their thinking the reviewer in question is.

Inevitably, this very piece is paradoxical, but I do think, going back to Scorsese, that he’s onto something where he argues that aggregation services fuel “more and more voices out there engaged in pure judgementalism” over longform film criticism. When a number, or rating, is becoming primal over a proper conversation or argument, that’s arguably not progress.

As Scorsese wrote, “they rate a picture the way you’d rate a horse at the racetrack, a restaurant in a Zagat’s guide, or a household appliance in Consumer Reports. They have everything to do with the movie business and absolutely nothing to do with either the creation or the intelligent viewing of film. The filmmaker is reduced to a content manufacturer and the viewer to an unadventurous consumer”.

In the case of Justice League? It’s not likely to make an awful lot of difference in truth. But still, when the conversation – as this is – is more about the ecosystem around the film, rather than the film, then something’s not quite right. I’d suggest Rotten Tomatoes, for all its merits, isn’t helping.