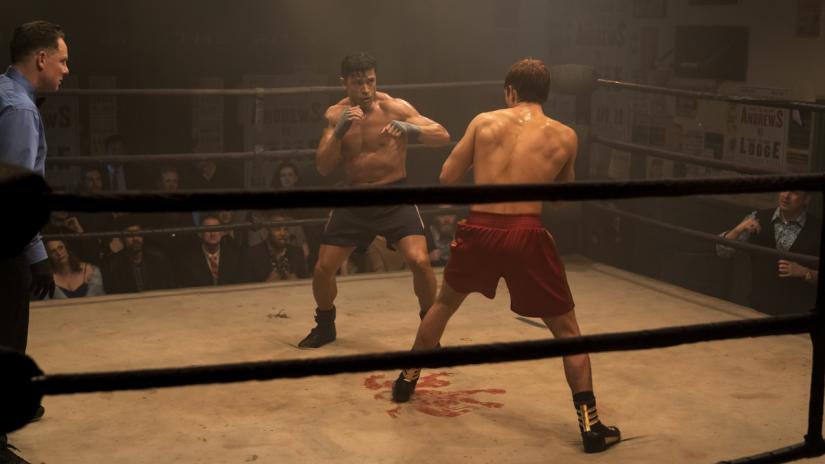 Bombshells aplenty are dropped in the penultimate episode of Riverdale season 3. Spoilers ahead…

3.21 The Dark Secret Of Harvest House

Yes Jughead, you are. And the coffin of Jason Blossom – whose murder (or was it?) kicked off Riverdale in the first place – was indeed empty. This is arguably the biggest reveal in the game-changing penultimate episode of this season, one crammed with deliciously ridiculous twists that lead viewers to believe that anything could happen in next week’s finale.

So just what in the hell does this development mean? Well, let’s suppose that this is true. Ethel has no reason to lie to Jughead about this. Besides, for weeks Cheryl has been claiming to be chatting with her dearly departed brother. So let’s break down the possibilities here. First off, this is in fact Jason Blossom, he faked his own death to help bring The Farm to prominence in Riverdale for reasons that have yet to be made clear. (The best bet being that the cult’s organ harvesting programme is probably way more financially lucrative than the Blossom family’s maple syrup business).

In the past, the series has shown that twins run in the Blossom/Cooper lineage. But what about triplets? Could it be possible that there was another baby born with Cheryl and Jason? And this mystery triplet could have died instead of Jason? Again, this is if Jason actually died at all.

Lastly, maybe Ethel only thinks that Jason is the Gargoyle King because she has been hypnotised by Edgar into believing this as part of his scheming. Since the Gargoyle King and the Black Hood are seemingly in league with each other, it makes a degree of sense that they would be in cahoots with Edgar as well … and Hiram for that matter. Is the ground being paved for a true Riverdale legion of villainy?

Yeah, my head hurts from all of this too. But we’re not even scratching the surface yet as there’s also Betty’s discovery that The Farm is swiping the organs of its followers for sale on the black market. And, in the case of Kevin’s kidney, being used to keep Evelyn alive. It’s a soap operatic development worthy of General Hospital‘s Luke and Laura salad days, and one that gives The Farm not only a purpose for invading a lawless, troubled town like Riverdale, but some much-needed malice as well.

The past couple of episodes have shown us that a darkness lies beneath The Farm’s EST trappings, one that is driven by a twisted purpose. Yet I still want more. As crazy as this organ harvesting stuff is – and make no mistake, it’s full on insane – I want more revelations about this cult because they’ve been narratively built up for so long. Granted, this episode is a huge pay-off, but more please, because as I’ve said since this show started, the more it leans into its absurdity the better it is.

The show’s writers love torturing Betty, and Lili Reinhart always rises to the occasion. Here we learn that she possesses genes that give her a predisposition to violence that serial killers often have. More than that though, Betty killed her childhood cat and once pushed Polly down the steps. Yeesh. Dark Betty, slow your roll. All of this was revealed before the credits rolled, but Betty barely had time to process all of this before stumbling upon The Farm’s organ-selling side hustle. (What, no Uber in Riverdale?). Chekov’s shocking genetic revelation says that this information is going to pay off big time, and I’d be willing to bet that Betty’s bad side will kick in Dark Phoenix-style to help her escape from Edgar next week.

The Varchie takedown of Hiram seemed to go a bit too easily, fantastic, on-brand performance of Beyonce’s Daddy Lessons aside. Hiram is the most problematic character on the series, and while it would nice to think that he’ll be shipped off to a federal prison (and off the show), it’s far more likely that he’ll be released on a technicality. The Archie vs. Hiram stuff has more than wore out its welcome at this point and the character can use a rest for a while at the very least – a la how the Black Hood was handled for most of this season. It was handled very well here, but as usual, Archie’s plotlines are the least interesting aspect of the show.

With even Mary sounding tragically uncool by declaring Veronica and Archie as “endgame,” there’s little doubt that the couple will reunite. Apologies to all the Veggie shippers out there. Man, 2019 is a rough time for anyone who isn’t into TV-based pormanteaus.

Next week we should see how The Farm and the Gargoyle King plots tie together, and honestly, it’s anyone’s call. As a viewer and a critic, not knowing where all this is heading is intoxicating. It’s been an uneven season, but one that, if next week keeps up the pace, will finish up incredibly strong.