Rick And Morty: why fans of the show should try the comics too 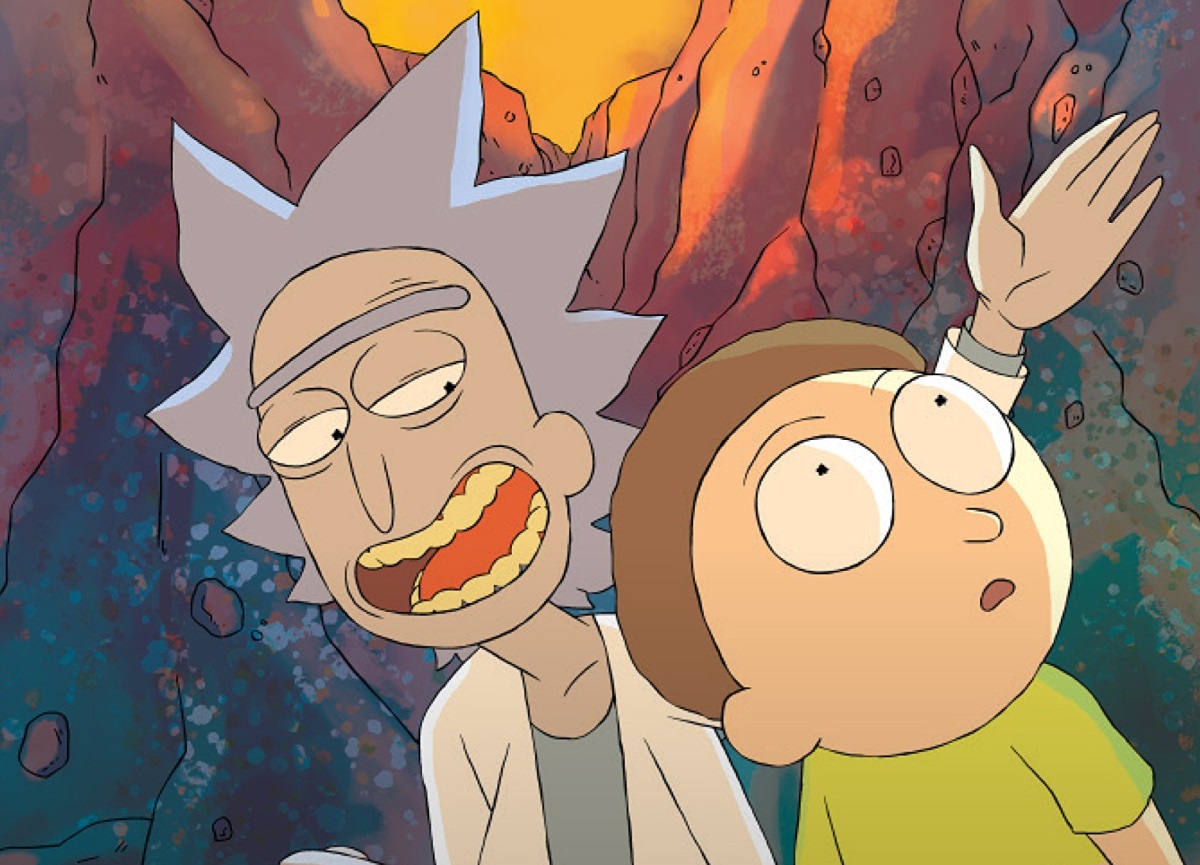 Once they managed to get McDonald’s to reproduce the Szechuan sauce first produced in 1998 for the release of Mulan, Rick And Morty established itself as part of the television furniture. As every struggling creative knows, however, success like this doesn’t come overnight. In the beginning (during the Earth year 2006), Justin Roiland created a short called The Real Animated Adventures of Doc and Mharti for Channel 101. If you haven’t seen it, then it doesn’t really have much in common with the end product so I wouldn’t worry about it. But when Dan Harmon came calling after his work on Community, Roiland suggested developing something based on the short.

See related
Cinemascore and exit polling in Hollywood: what is it?

From there, the programme went through a series of retools until they ended up with a half-hour comedy about a mad scientist type (Rick Sanchez, genius, a barely-functional alcoholic) and his grandson (Morty, 14, slightly more level-headed, masturbates) going on dimension-hopping adventures. It’s a smart, high concept show that is incredibly clever; it looks at the family dynamic in a refreshing way and doesn’t shy away from the family’s flaws. The series is responsible for a lot of quotes that have entered everyday conversation and you’ll find that you quickly pick up a lot of favourites.

Rick And Morty has become the kind of success that creatives can only hope for when they’re putting a show together. The first season aired in December 2013 and the third is currently airing. But then you already knew that, it’s hard to get away from whatever’s going on in that week’s episode. For better or worse, it’s everywhere. It’s on shirts. There are action figures, video games, all sorts of weird and wonderful stuff. But most pertinently to our feature, there’s a series of comics published by Oni Press.

For a show whose new episodes are so eagerly anticipated, the fact that Oni has been bringing us new adventures since 2015 is oddly little-known. But of course, given how many millions of viewers the show has and that a much smaller percentage of that would have bought the books, there’s going to be a large disparity there. So I thought I would do a public service and tell you why you should be reading the Rick And Morty comics. So far, there have been 29 issues. Overall, the range is one of the better pieces of tie-in fiction that you will ever read. In terms of how much it gets right, it’s a shining example to the rest of the comic world.

For one thing, the artwork is consistently good and the range of artists allows for differences in the art style. Maybe it’s because the characters were animated to begin with, but most of the time the artwork is pretty spot on. (Although there was one howler where Jerry’s anguished face looked more like his orgasm face.)

But maybe you haven’t come to this incredibly visual medium for the art style. That’s fine, they’ve got you covered. The writing is top-notch and is full of the same kind of one-liners and superb storylines that you’d find in the show. In each issue, you’ll find a good few laughs to keep you going. For those of you afraid that the strip would just be a rehash of old plotlines and beloved character comebacks, well, there is a tiny bit of that but not much and it’s usually fun. The Ball Fondlers special issue was worth every penny. Tiny Rick did make a return in a recent issue, but it was part of an inventive issue with lots of laughs. But the series is full of new situations and characters such as Peacock Jones, a pimp version of the Doctor who encourages his female companions to dress in sexy outfits. Where the comic format really shines is the ability to write for the trade, as opposed to the TV show which tends to have a looser overall story. Here the story arcs are tightly plotted and fit into a single trade paperback with room to spare.

The extra room in each book (five at present) is given over to the bonus short stories featured in each issue. These can range from what Beth does when she gets her hands on a portal gun to a day in the boring life of Jerry Smith. This is reflected in my recommendations further down the page, but the bonus shorts that feature in each issue are, in a lot of cases, well worth reading in their own right.

Frankly, the main thing that makes it a must-have is that it’s a consistently solid fix of the adventures we know and love. Rick and Morty has a nasty habit of disappearing off our screens for far too long, and this series provides a monthly allowance of the good stuff. (Having said that, they still haven’t done an adaptation of Jan Quadrant Vincent 16. Get it sorted, guys.) I’ve blabbered on for far too long. Go to your nearest bookshop and acquire the collections. I can’t imagine anyone coming to the TV series via the comics – though if you did, then I almost envy you – but those who are already fans of the show will find a lot to love in this series. 7 great issues to start with:

Issue #27. The draw here isn’t so much the main story (though it’s also great), but the absolute gem of a bonus which follows it, Look Cthulhu Talking Now, in which Cthulhu is not only real but knows Rick Sanchez and joins him in treating Jerry Smith like an idiot. Cthulhu’s line “That crib was not dope enough for my needs” is worth the price of admission.

Issue #1. The first issue of the series is fantastic throughout. This is the lead-in to a three-part story in which Morty and Rick get arrested and have to escape from a prison that Rick built. The very first page looks like a transcript from the show, with a typical Rick and Jerry face-off (which Jerry loses, of course). The standout character has to be Professor Tock, a guy with a time gimmick who delights in making watch puns.

Issue #29. At time of writing, the latest issue. In this one-shot, Morty becomes obsessed with putting a stop to Fascism and Hitlers wherever he finds them. His fanatical devotion to this cause causes him to act almost in a fascistic way, you might say.

Issue #25. Tiny Rick returns! I loved this one. Rick activates a device which shows in numbers how cool a person is. Rick is, naturally, the highest that a person can be (his score is in the thousands while Morty doesn’t even have a solid number to his name). The art style is also really unusual, thanks to the more stylised art of Kyle Starks (who also wrote the story).

Issue #17. In this fun little story, the duo explore the fun in taking infectious diseases to other planets that aren’t ready for them. But the B-plot, in which Rick gives intelligence to Summer’s phone and other electronics, is more enjoyable. The phone very quickly makes it creepy.

Issue #11: Both plots are great in this issue. In the first, Morty is put into a high-school simulator in an effort to give him his essential life experience in one day. Summer and Jerry end up switching bodies.

Issue #2: In the bonus story, Summer is interviewing for a job in a fast food restaurant and recalls her previous experience of ‘food management’. Glorious stuff.

Read why you need Rick And Morty in your life, here.