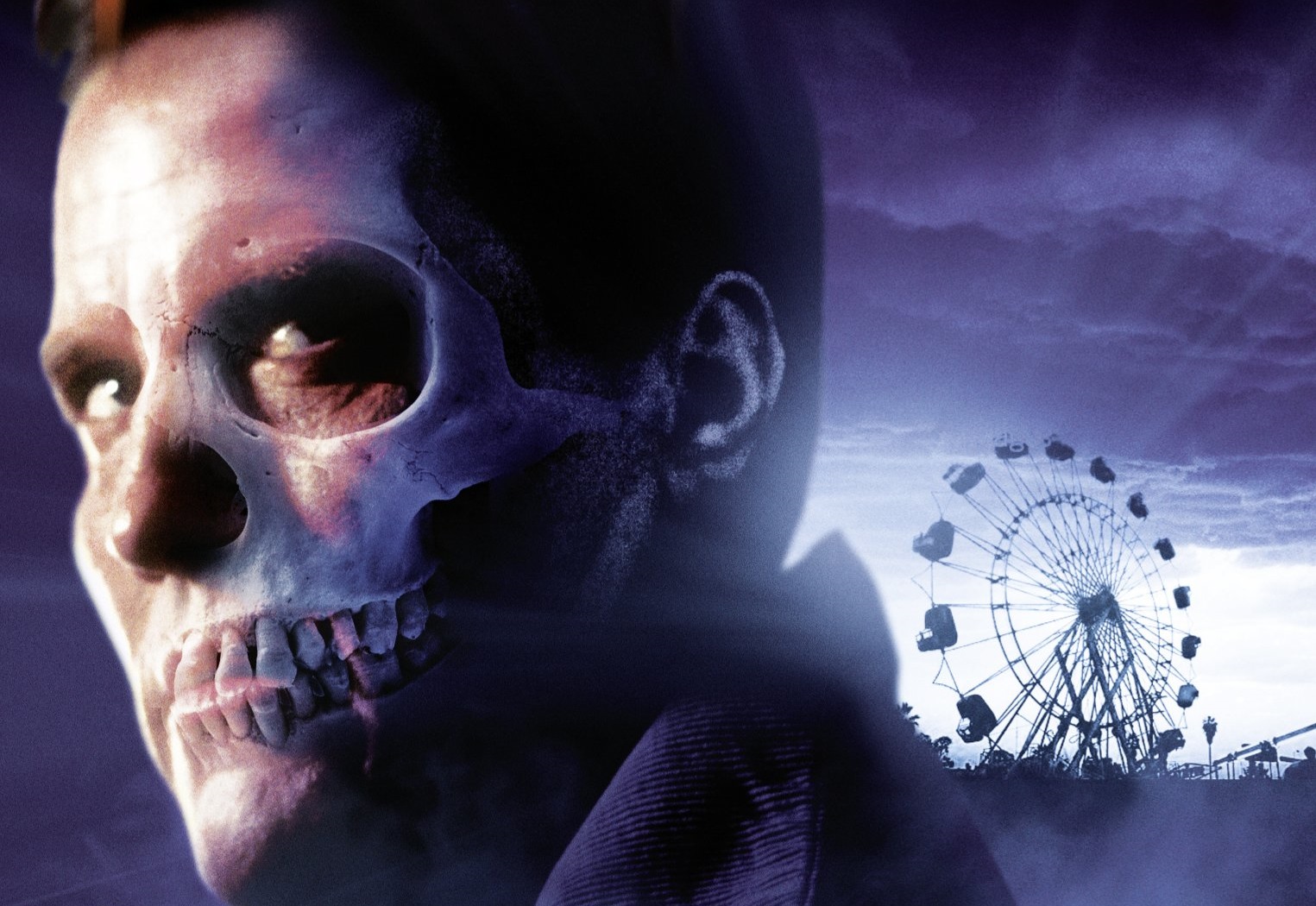 Our lookbacks at the screen adaptations of Stephen King find us at Thinner, starring Robert John Burke…

The film: Morbidly obese and deeply unpleasant lawyer Billy Halleck (Robert John Burke) runs over an old gypsy woman with his car, distracted by his wife Heidi (Lucinda Jenney) who is doing something rather rude to him. His ties to the local law enforcement, Judge Cary Rossington (John Horton) and Chief of Police Duncan Hopley (Daniel von Bargen), means the case is dismissed before it gets to court. However, the old woman’s father (Michael Constantine) has a different kind of justice in mind. He curses Halleck with the word ‘thinner’ and soon, Halleck begins to lose weight at a dangerous and ever-increasing rate.

Thinner is one of the books written under Stephen King’s pseudonym Richard Bachman, and it has the rather dubious honour of being the only book by King that I properly dislike. Short but decidedly not sweet, there’s a viciousness to Thinner that feels unusual to King and makes the reading experience discomforting beyond the usual horror chills. Its chief problem is that each of the cursed characters are odious and, within the context of the novel, deserve the fate that is meted out to them. This means that the film has to find a way to make the story’s inherent nastiness palatable enough to watch for 90 minutes. Writer-director Tom Holland spent six years and several rewrites bringing Thinner to the big screen, ten years after super producer Dino De Laurentiis first thought about adapting it in the wake of Maximum Overdrive. There’s a roughness to the film where those rewrites are evident, particularly in the various tonal shifts that ripple through it. The opening third feels comically grotesque which occasionally rears back up again when the film descends into outright horror. Sometimes it works, but the overall effect is jarring, as if the levity is trying to balance out the fact that Halleck is not a protagonist worth rooting for.

Thinner also struggles on a practical level. The prosthetics and fat suit used to build up Robert John Burke’s face and frame are too obvious to be anything other than distracting, especially in the opening scenes of the film. Burke isn’t the most adept at acting through it either, gurning and wide-eyed in an attempt to convey as much expression as he can, despite his fake double chins. Sadly, Burke doesn’t get that much better the thinner Billy gets. There is a lot of under the eyebrow glowering in this film. The rest of the cast vary in quality, but there are a few highlights in there. Constantine is disturbingly effective as Tadzu Lemke, the bestower of the curse, and he snarls his way through his scenes with obvious relish. Daniel von Bargen makes the most of his big scene in which his character’s curse, disfiguring acne, is revealed by dialling up his vocal performance to something desperate and sinister.

Mostly though, the film doesn’t manage to reconcile the nasty elements of the book, making for an unpleasant viewing experience that fails to do much with the solid concept at the narrative’s heart. Billy Halleck is the enormous embodiment of white privilege, his connections allowing him to constantly escape the consequences of his actions. His clash with the gypsies could be weighty with social subtext and, with a smoother approach to the material, might have been an interesting exploration of retribution and consequence. Yet the film never really mines the concept for its potential, nor does it attempt to make Billy any more sympathetic as he grows increasingly desperate. The overall effect is that it leaves the film feeling pretty, well, thin. The ending, altered from the book after unfavourable preview responses, reveals that Billy hasn’t really learned anything from his experience either. His vindictiveness simply finds a new outlet and for what is essentially a morality tale, this makes for a dissatisfying experience.

Scariest moment: There are few outright scares here, but Holland does manage to create a sense of queasiness throughout the film, sometimes intentional, sometimes not. There’s a great moment of quiet horror in the final moments though when Billy realises that his daughter has eaten the strawberry pie that dooms her to death.

Musicality: Daniel Licht was a Children Of The Corn score veteran by the time he got to Thinner. There’s not much of the bombast that he produced for Urban Harvest, but the score here is nicely creepy and provides an atmospheric undercurrent to the proceedings.

A King thing: Retribution. There is often a sense of punishment involved for the more dubious characters throughout King’s work, particularly if they’re really awful and deserving of a comeuppance. His collection of four novellas, Full Dark No Stars, deals with this theme of retribution.

Join me next time, Constant Reader, for The Night Flier.