Revisiting the film of Stephen King’s Children Of The Corn IV: The Gathering 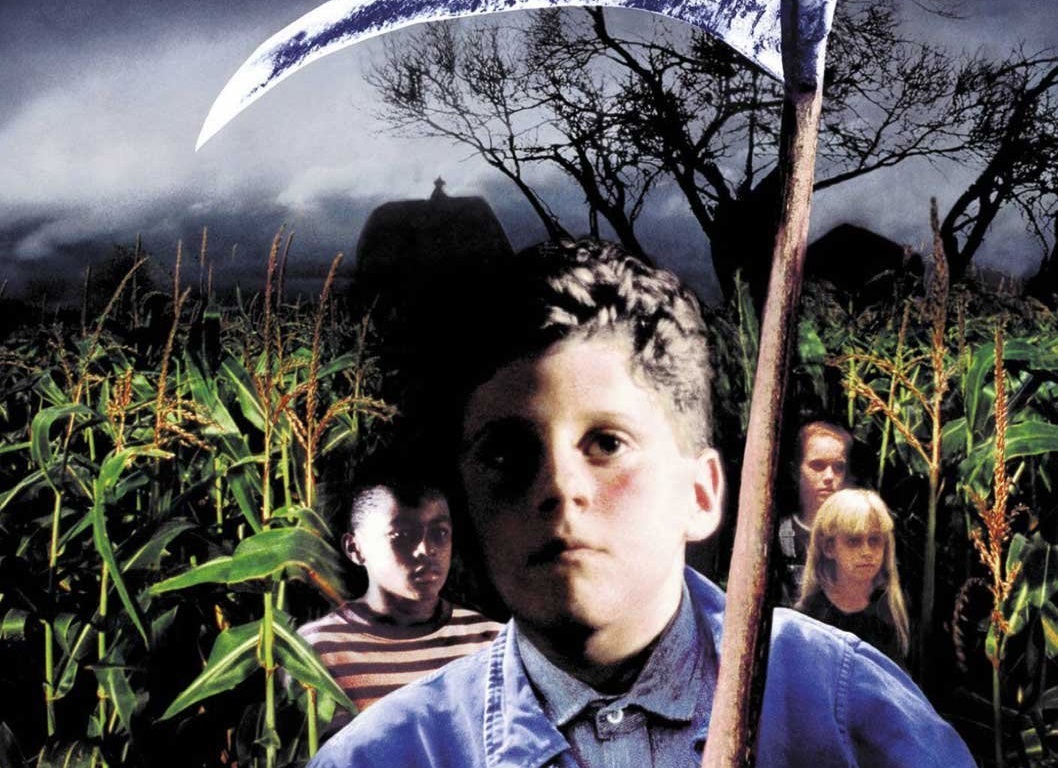 Our lookbacks at the screen adaptations of Stephen King arrive at Children Of The Corn IV, starring Naomi Watts…

The film: Grace (Naomi Watts) has returned to her hometown in Nebraska to take care of her mother, June (Karen Black), who is suffering from agoraphobia. Unfortunately, she’s not the only person returning to Grand Island, as something evil is once again lurking in the cornfields. This time, it’s Josiah, a gifted preacher whose growth was stunted by his guardians in order to keep his powers intact and later buried alive by the town when he murdered his guardians. When the children of Grand Island, including Grace’s siblings, become sick with a mysterious fever and fall under the spell of the returning preacher who is ready to take back an earthly form.

It is said that all good things must come to an end and so it proves with the incremental improvements that had been occurring as we made our way through the Children Of The Corn franchise. We’ve had Linda Hamilton face off against He Who Walks Behind The Rows in a rather dull affair, Gatlin’s children run riot through their adopted town with mixed results, and an entertainingly murderous corn field in Chicago. In Children Of The Corn IV: The Gathering, we return to Nebraska and to the more lifeless end of the franchise’s spectrum.

There’s nothing out and out terrible about The Gathering. It’s a solidly made film that takes a creepy premise and crafts a few jump scares out of it. The plot ties up in a nice, neat way and there’s a decent storyline running through it. The problem is that it feels almost like a horror movie by the numbers that forgets it needs to paint crucial background with a shade of atmosphere. With every jump scare or blood splatter, it feels like it should build, but the tension all but evaporates whenever a slow motion dramatic moment is introduced. It also lacks the sense of humour that made Urban Harvest so watchable. There was a gleeful approach to the material there, one which understood that an audience sitting down to a Children Of The Corn move would be expecting schlock and not something as po-faced as The Gathering would turn out to be. Aside from a couple of creepy kid moments, there’s no real levity to be found, unless of course you count Grace’s car, which looks like it should have been in early episodes of The X-Files as a classic red-interiored Mulder and Scully rental vehicle.

The performances don’t really help matters. Naomi Watts feels like she’s operating in neutral for this film, barely raising her voice even when she’s supposed to be terrified. It’s hard not to blame her really. It gives her very little to do when there are obvious avenues for her character to explore, such as confronting the fact she abandoned her daughter and whether she will give in and move back to Grand Island. Grace has the potential to have been a compelling heroine, but she’s left to react to a plot she barely has any influence over. As with most of the lower quality films seen so far, The Gathering does have a lot of fun with its special effects, particularly when it comes to severing bodies. There’s one sliced in half, another pinned by various farming implements, and a creative use of a syringe as a trapping device. There are some clunky edits that suggest budget didn’t stretch far enough to allow the audience to see Josiah’s weapon of choice land its blows properly. However, there are some neat suggestive shots in there too as Josiah cuts a swath through the cast. Yes, in this film… scythe matters.

It continues to baffle me how much story has been mined from King’s original short, Nebraskan-based tale. The Gathering is the first sign that the inspiration is starting to wear thin and a decent concept is nothing without an atmosphere behind it. Still, at least everyone in the franchise seems to have learnt to stay away from Gatlin. At least for now. Scariest moment: June’s recurring nightmare about her encounter with Josiah is a pretty nasty jump scare when it happens. This is also the second Children Of The Corn film, by my count, to feature some truly grotesque face melting.

Musicality: As with the rest of the film, David Williams’ score is somewhat lacklustre. There are occasional moments where it sparks into life, but it lacks anything close to the kind of bonkers choral delights we’ve heard elsewhere in the franchise.

A King thing: This is more of an interesting King connection than a trope. Josiah was a faith healer during his life and travelled as a preacher. In King’s 2014 novel Revival, faith healing would be a key aspect, focused through the relationship of main character Jamie and Jacobs, a former reverend who turns to faith healing and dangerous experimentation.

Join me next time, Constant Reader, to get Thinner.