Remembering David Lynch’s On The Air 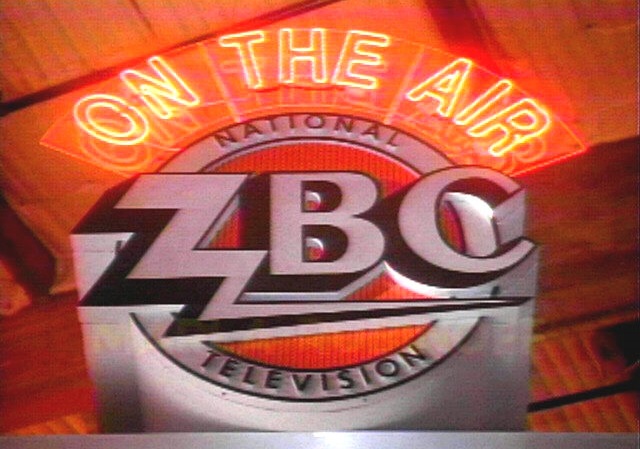 We take a look back at David Lynch and Mark Frost's next TV move after Twin Peaks, the undeniably odd On The Air…

You’re probably currently either immersed in the intense, vast, odd world presented in Twin Peaks: The Return, or completely baffled by it with an expression very similar to Agent Cooper, or should that be Dougie Jones, post Black Lodge.

Whichever it is, it’s probably not as baffled as many were when David Lynch and Mark Frost followed up Twin Peaks with their next TV collaboration. This time their attention was directed towards a sitcom. They brought some Twin Peaks alumni along for the ride, Ian Buchanan basically reprising his role as Dick Tremayne this time under the guise of Lester Guy and Miguel Ferrer exporting Albert Rosenfeld into Bud Budwaller, but On The Air was something completely different. In fact it could be the oddest oddity in Lynch’s filmography of oddness.

It was an odd time for Lynch and Frost, coming off the success of Twin Peaks, which felt like a failure at the time as ratings plummeted throughout series 2. Lynch was sound editing an episode of Twin Peaks, when inspiration for On The Air struck. “It just came into my head, the idea of people trying to do something successful and having it all go wrong,” Lynch told the Los Angeles Times. This could be an example of Lynch’s feeling about series 2 of Twin Peaks seeping into his creative thoughts. After filming the pilot, six more episodes were ordered, but then the show started to hit the skids. The series was put back almost a year until broadcast, then given a undesired slot on Saturday evening in the summertime where it could die a quiet death. On The Air functioned as the full stop to what many found to be the confusing, meandering sentence that Twin Peaks turned into. When it finally aired in the summer of 1992, it achieved ratings which made the Twin Peaks slump look like a huge success. It lasted three episodes before it was taken off the air, with four episodes still to be broadcast. It was seen as two major talents alienating their audience with pure nostalgic self indulgence.

It’s time to re-evaluate this – a difficult task as it is still awaiting a DVD release, but one worth pursuing if you’re a big fan of Twin Peaks or the works of Lynch and Frost.

The big difference with On The Air is how much it embraces the sitcom genre, for all the comedic moments throughout his career it’s still not a genre many, if any, associate Lynch with.

On The Air takes place in 1957 so takes place during the golden age of variety show TV. Even though set in the present day, Twin Peaks did have a retro feel, all the homely, cherry pie, Americana; this was offset by the disturbing events occurring within this apparent safe space. This riffs on a different type of nostalgia, a self referential type that is inward looking, a TV show about a TV show. Many people were annoyed by series 2 of Twin Peaks, when it seemed to descend into wackiness. On The Air takes that and runs even further with it. Even the title music, a cool, jazz score, is tinged with juvenile humour as it is interrupted by a raspberry

The show hasn’t even started yet and this is the level we’re at. It doesn’t rise far above that to be fair. It opens with a ditzy blonde type, Betty Hudson, not too dissimilar to Lucy Moran from Twin Peaks, before quickly introducing a foreign director, Valdja Gochktch, whose accent is so thick everything needs to be translated to understand him. A slapstick misunderstanding occurs when he asks someone to scream, which they take as him asking them to scram is a prime example of the jokes that character brings to the show.

There is a sound tech called Blinky Watts who is the opposite of blind in that he sees too much. This is explained by a voiceover which states “Blinky Watts is not blind. He suffers from Boazman’s Simplex. He actually sees 25.62 times as much as we do. If we were to see what Blinky is seeing right now, it would look something like this…” This is always followed by an example of what his vision looks likes, which usually includes random objects moving about around the screen, including a cuddly a dog, Santa and other oddities. Mostly, On The Air focuses on the ramshackle slapstick of a show (within the show) falling apart, filled with wackiness and cartoon humour. Whilst it would be easy to dismiss all this wackiness as just being there to illicit laughs and nothing else, there is an anger within its themes which fuels the comedy. The themes of the show may seem redundant to discuss as they are handled in such a ridiculous way. While its true that no one will watch On The Air for its thematic richness, I think it does add a hidden dimension to the show to recognise that there is a depth behind the inanity. One of the root issues and themes of On The Air seems to be communication problems, and how difficult it is to be understood, specifically in the confines of the TV industry. All of Lynch’s frustrations with making a TV show are filtered through the comedy, to the point where the studio exec, Mr Zoblotnik, sends bursts of fire down the phone in anger at what is happening on the TV show.

Although Lynch says he “had a blast” making the pilot, the execs hated the show and killed it off as quick as they could – the exact opposite ending to that of the pilot episode. Even though every disaster strikes the show, Betty Hudson becomes an overnight star as she breaks into a sweet song which delights the viewers and makes the Lester Guy show a success for all the wrong reasons. For a programme that seems to be forgotten, obliterated by the shadow of Twin Peaks, On The Air seems to have plenty of influence in comedy circles. A show about the making of a show was utilised to become a huge success for NBC with Tina Fey’s 30 Rock. Another rousing success with a similar premise would be the theatre production The Play That Goes Wrong, which harnesses the same slapstick humour to chart the downfall of a live show.

Rather than wishing for more On The Air, or lamenting its cancellation, it’s best to marvel at the fact it got made at all. I’m not sure anyone would want more of it, but the fact it exists, and you can watch seven ludicrous episodes of slapstick mishaps mixed with Lynch’s own brand of surrealism, is something to cherish. It makes you wonder what Frost & Lynch might follow up the Twin Peaks revival with.