Quentin Tarantino’s next film to focus on Manson murders 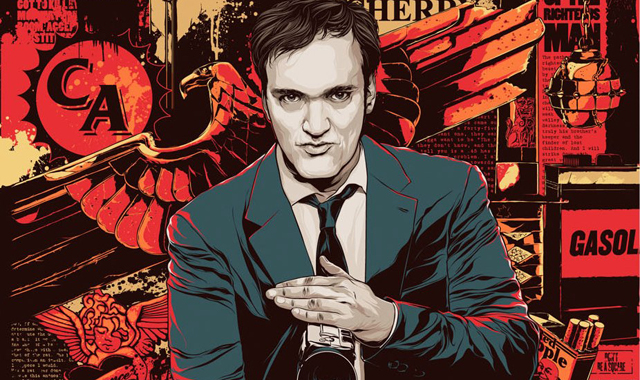 The Manson murders are set to be the subject of Quentin Tarantino's latest project.

It looks as if Quentin Tarantino has worked out which film he’s looking to direct next. The maker of Reservoir Dogs, Pulp Fiction and Kill Bill will focus his cameras on the Manson family murders of August 8th 1969 for his next project, having penned the screenplay for the new movie (with finishing touches now being applied)

There is no word yet on whether the film will recreate the historic events or use them as the backdrop to another story. The plan, though, is to shoot the film in 2018. An A-list cast is being sought for the movie, and the first names to be linked with the film are Brad Pitt and Jennifer Lawrence. Nobody has signed on the dotted line for this one yet, though.

As for the story? Manson, who is in his 80s now, was the leader, and proposed lead singer, of the Manson Family, a fringe group of outsiders who became the most famous mass murderers in America. In 1969 they committed a string of murders in the Los Angeles area that included director Roman Polanski’s pregnant wife, actress Sharon Tate. The murders were brutal.

Manson was trying to instigate a race war where he would be put in charge of the survivors after the fallout. The crime shocked America and brought an abrupt end to the decade of love and peace. He is currently serving the first of nine life sentences.

Tarantino, as per usual, will make the film with Bob and Harvey Weinstein, and they’ll be on the search for funding over the coming months.