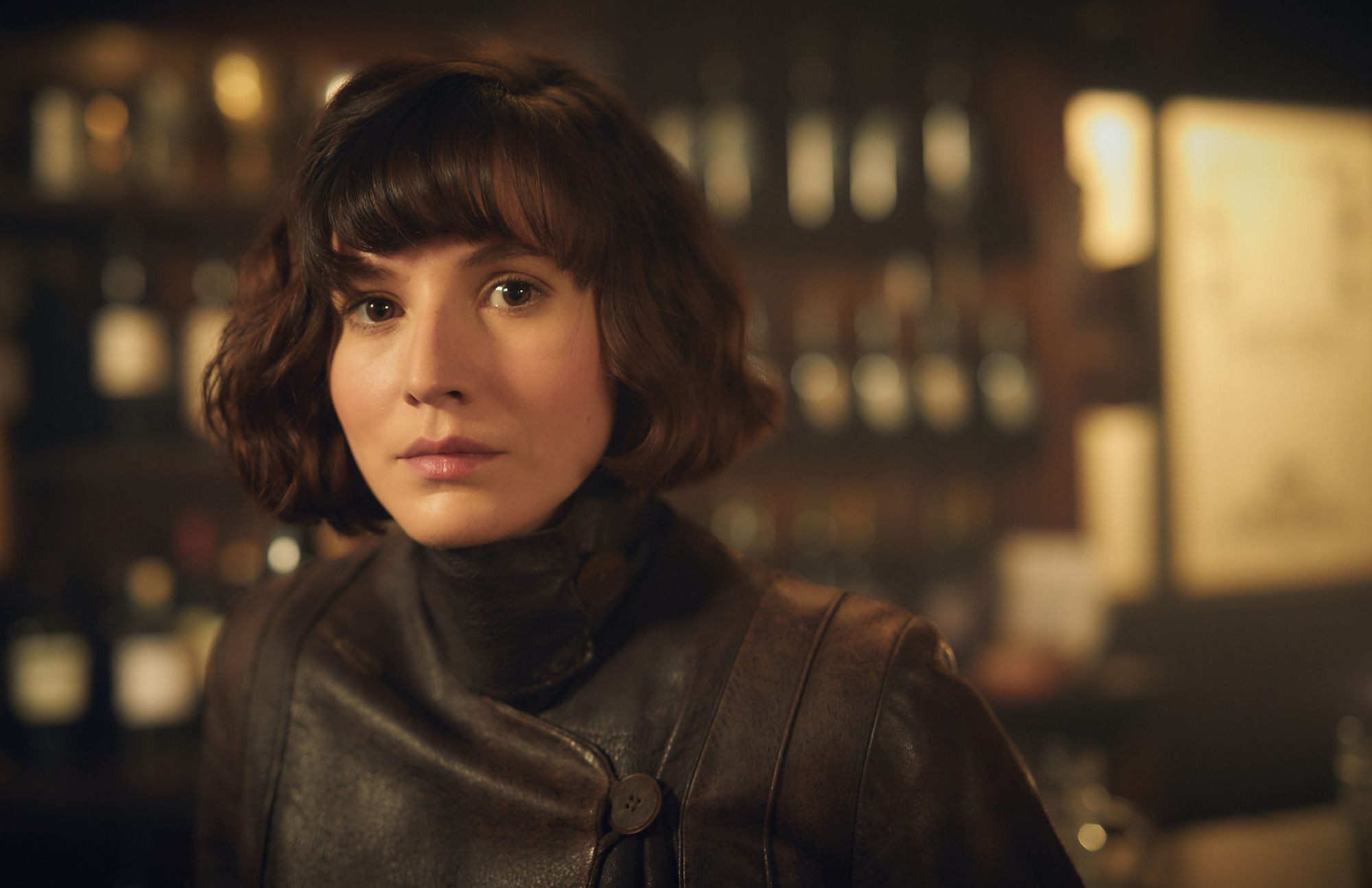 Not every new character on Peaky Blinders is gifted an entrance like the one given to Jessie Eden (Charlie Murphy) in the series four opener. Filmed from behind in slow-motion, Jessie walks in to one of the Shelby factories with all the swagger of the boss himself, accompanied by a cover version of Tommy and the show’s theme song, Red Right Hand. Before she’s even said a word, Peaky Blinders makes clear that in this world of gangster bosses and mafia villains, she’s also someone to be reckoned with.

Peaky Blinders creator and writer Steven Knight stumbled across the real-life character of Jessie Eden while researching another historical figure, the 1924 leader of the Birmingham Communist Party. “It was actually in the last series that I came across her,” he says, “I used her name in it.” In series three, Eden was mentioned as the union activist who’d brought the women of Birmingham, including the employees of the Shelby Company Ltd, out on the Good Friday 1924 strike.

“I just found these tiny little snippets,” says Knight. “I’d read that someone brought the women workers of Birmingham out on strike, so I used that in the last series and then I decided when I read a bit more about her—it’s such a great name, Jessie Eden—and I decided to explore that character a bit more.”

There wasn’t a great deal of information to go on, says Knight. “There’s tonnes and tonnes and tonnes of stuff about General Brigadier so-and-so who really didn’t do much and then you just see a little glimpse of somebody running across a corridor, and that is Jessie Eden. You read ‘brought every woman out on strike in Birmingham’, ‘organised equal pay strikes in Birmingham’, ‘left Birmingham and went to live in Moscow in the underground for ten years’, ‘had a child in a mysterious circumstance’, all of these things. It’s like a light flashes on and off every now and then and you see this picture and think ‘God!’ then all you can do is try to take those pictures and piece together this person.”

Actor Charlie Murphy was surprised to find so little information out there about someone who achieved so much. “I don’t know why more hasn’t been written about her. Especially for that time, it’s so bizarre that she’s lost in a page or two,” she says. “She brought ten thousand people out on strike for equal pay in her late twenties. That alone is extraordinary today, to have that voice and that strength, but back then, that’s just phenomenal. She’s just a very brave, powerful person to play.” Eden’s power isn’t lost on Tommy Shelby, says Cillian Murphy. “That first scene they have when they meet, it’s so beautifully written, you’re bang into it,” he says. “I think [Tommy] goes ‘oh my God, that is an impressive person’.”

“I think she takes him by surprise,” says Charlie Murphy, “it’s quite an intriguing thing to be taken off guard for Tommy. It’s pretty clear she’s done her homework, and it’s obvious that it’s not well-known, the information she has. He’s like ‘fair play to you, you know your stuff’. She has dug deep to find out those things.”

“There’s a spark between them and it’s based on intelligence,” Charlie Murphy continues. “I think they enjoy this debate that they have. They’re coming from very different viewpoints. She’s an amazing chess player and so is Tommy, so it’s an exhilarating thing to meet someone of that intelligence and to have that tête à tête.” “It was such an exciting time”, she continues. “The people weren’t afraid and were speaking up and things needed to be changed. Jessie Eden for example says in one of her interviews that their toilet breaks were being timed, that’s just insane, to have that kind of an oppressive working environment, let alone the pay, let alone the hours, let alone the rights they had if they were sick. People joined together and that’s an electric thing.”

How far is Jessie Eden willing to go for her cause? “As far as Tommy would go for his,” concludes Murphy. “She’s an extraordinary woman.”

Peaky Blinders continues next Wednesday the 22nd of November at 9pm on BBC Two.