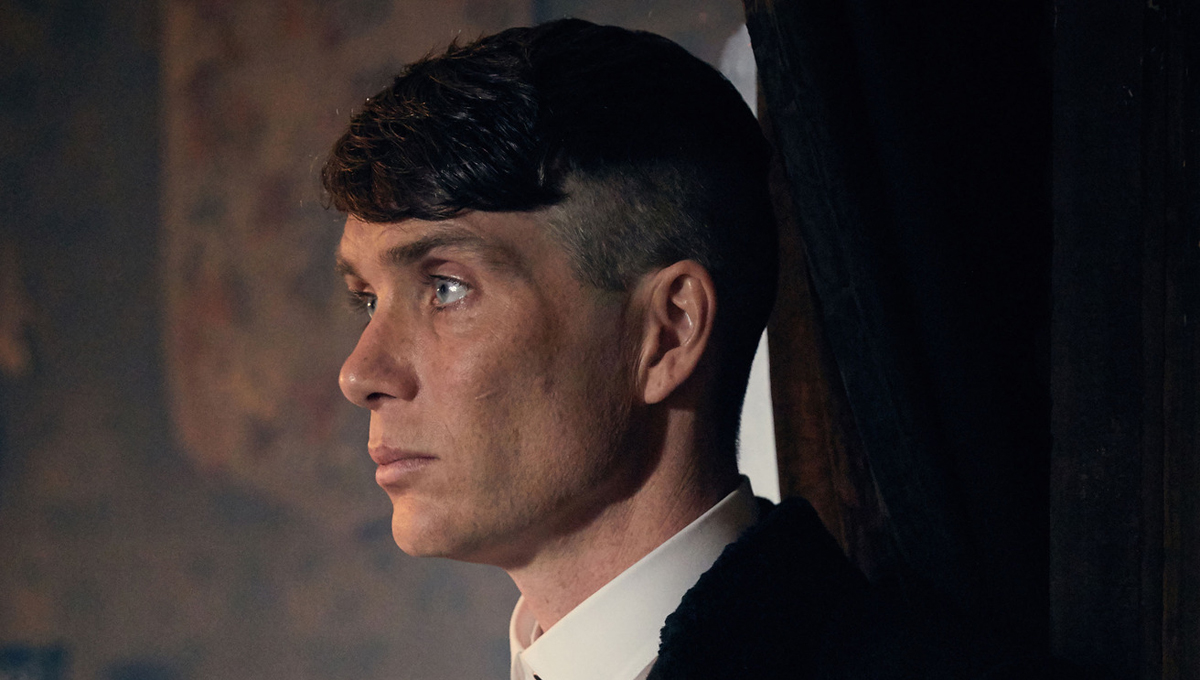 Isolated, ageing and without the one person he trusts most, here’s Cillian Murphy on Tommy Shelby in Peaky Blinders series 4…

“He doesn’t spend money on therapy, that’s for sure. He packs everything away so then it comes out how it shouldn’t come out, or he just drinks a lot of whisky. He self-medicates. He doesn’t really emotionally process things properly.”

Losing Grace in series three put Tommy’s emotional development in reverse, says Murphy at the series four press launch. “Any progress he’d made emotionally through being married and through her, he’s gone back. Whatever opening up or defrosting of his emotions that was happening then has stopped and he’s atrophied again emotionally. I think he has a very complicated relationship with women.”

And in series four, with one woman in particular. “It’s Aunt Polly who he trusts most,” Murphy says. “When they were all off at the war in the trenches, she was running the whole thing.” And now, having alienated Polly after making a deal that involved his family being seconds from death on the gallows, “he cannot do it without her. Despite all the tension and conflict that goes on between them, he can’t do it without her.”

“For him, family was the raison d’être, now that’s gone,” says Murphy “it’s all kind of broken”. Series four finds Tommy “in that situation where he’s just isolated himself. With the family being gone, even though he knows he saved them, it’s still all complicated and messed up.”

“He’s really trying not to think about it and is just getting on with it,” he says, when “the situation demands that they have to come back together.” The situation in question is a mafia vendetta in retaliation for the murder of Vicente Changretta. That’s all part of the show’s approach to violence, which, says Murphy, “should be ugly and nasty and have consequences. They suffer as a result of it. Obviously the victims do quite badly,” he laughs. But Tommy does when he’s carrying out the violence or when it’s being inflicted upon him.”

“The reason the mafia are here now is because we assassinated this guy in series three, that had that consequence but it came later.”

That consequence puts the Peaky Blinders, says Murphy, “under the greatest threat that they’ve ever been under. In terms of the mafia, you can’t really get bigger than that. [Tommy] recognises that this is a different level.”

Series four sees Tommy on a different level to begin with, he’s now Mr Thomas Shelby, OBE (“That’s just a genius piece of writing isn’t it? Classic Tommy!”), and the family boss also has a new look to go with the New Year’s Honour. “He needs glasses now,” explains Murphy. After “one of his many ferocious beatings he takes. Also, he’s moving on in age. I thought the glasses were great, because he is, as I am, reaching a certain age and that stuff happens.” Does the OBE signify a real change for Tommy? “One of the main themes of the whole show,” says Murphy, “is can you actually ever escape from your roots and where you come from and what you are? We’ve seen him over some of the series mixing with the aristocracy, and we see what he’s acquired materially, he has this wealth and this position, but ultimately is he just that kid from Small Heath?”

One thing that’s never changed about Tommy is his stillness and menacing stare. “I don’t think I’m a naturally menacing person!” Murphy laughs. “It’s acting really, isn’t it. You spend a lot of time thinking about all the shit that he would have been through and seen in his life, stuff that you and I can only imagine—the trenches of the First World War—to try and find an energy for the character. It felt to me the energy was more still and quieter, that was more appropriate for him. Obviously there’s the violence but generally how he comports himself is quite reflective.”

“He’s got serious brainpower,” he goes on. “He’s got this incredible drive and momentum and engine in him.” At heart, though, Tommy still holds on to his gypsy upbringing. “For such a rationalist,” says Murphy, “he completely embraces the whole gypsy culture and spiritualism. He totally believes that’s for real, which seems at odds with his drive.” “He’s so unpredictable and contradictory, because he can be so tender at times, so vulnerable, but so appalling at other times.”

A newcomer to series four destined to rub up against Tommy is Charlie Murphy’s union steward and workers’ rights activist Jessie Eden. “Politically,” says Cillian, “it gets very interesting between the two characters. He’s sort of apolitical in many respects, he’s kind of like the ultimate capitalist, but then she begins to provoke that over the course of the series.”

The real threat of series four though, comes from Adrian Brody’s character, mafia man Luca Changretta. What can we expect from the two? “There’s going to be a showdown at some point,” promises Murphy.