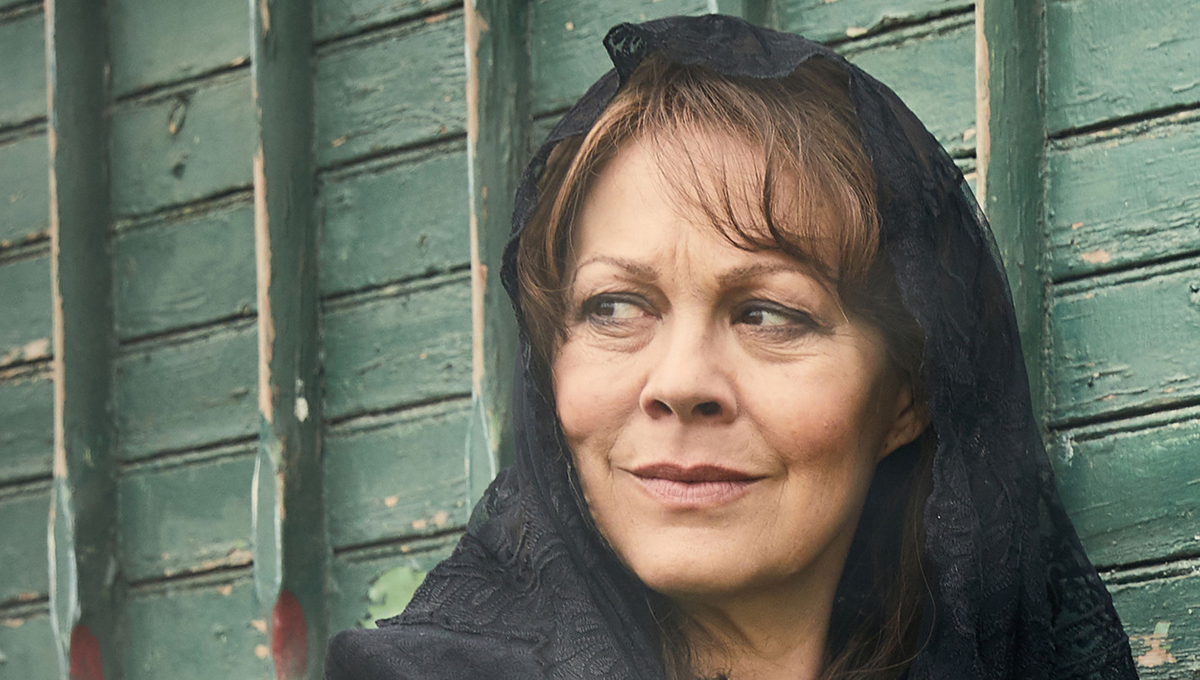 Fighting in WWI changed the Shelby men, but true to the age, they rarely talk about it. We see the legacy left by War on Tommy and Arthur, but hardly glimpse the thing itself. We’re shown the bonds between its survivors—Tommy’s protection of Danny Whizz-bang (to whom all this trouble with the Italians goes back) and his implicit trust of the tunnel-digging clay-kickers last series—but war stories? No.

It can’t be a coincidence then, that with the Peaky Blinders waging war between themselves, and with Tommy leading an army against the mafia, we’re finally taken back to hear a tale about what happened to the boys in France.

Tommy’s eulogy for John told the story of their darkest moment. He, Arthur, John, Danny, Freddie and preacher Jeremiah all thought they’d had it, but were spared and agreed to treat everything that happened to them afterwards as “extra”. The significance of In The Bleak Midwinter—the prayer Arthur uttered with a rope around his neck last week, and the unusual choice of hymn sung at Tommy and Grace’s wedding—is now clear. It’s a sort of anthem for the Shelby men, one that symbolises their rebirth and second chances.

Lord knows they’ve had plenty of those. Tommy’s grave was dug in front of him in series two. Arthur put a noose around his own neck that same series. That grave was filled by other men’s corpses, and Arthur’s rope snapped. Both have survived beating after beating that could have killed them. It was starting to feel as though the Shelby men were invincible.

John’s death proves that they’re only human. And without wishing to sound unsympathetic (Joe Cole will be sorely missed and I don’t fancy my chances—or anyone’s, for that matter—against Esme), it’s about time, isn’t it?

For John’s sake, at least he had a stylish goodbye. Peaky Blinders makes death look so damn good. (Series three’s most stunning moment was the slow-motion tableau wide-shot of Tommy cradling Grace’s body as the family ran around them.) John’s smoking wagon funeral pyre against the industrial backdrop of the canals was, like so much in this show, as beautiful as a painting.

Just as satisfying to see were the characters’ reactions to John’s death. Esme went wild and Polly went mean. Arthur cried and lashed out and stalked around like a tiger in a cage, while Tommy maintained his characteristic stillness and kept everything inside, only releasing his grief over John and Grace by fruitlessly unloading that gun in the final minute. Honestly, the writing and the main cast’s performances just get better and better.

Episode one having provided the means to reunite the family, episode two pushed the plot forward by introducing a new threat in the form of dangerous gypsy fixer Aberama Gold (Aiden Gillen), and staging the first meeting between Tommy and Luca Changretta (Adrian Brody, it’s fair to say, is having an absolute hoot here and not going for subtlety). Add to that Jessie Eden having called her strike and the military investigating Ada for Communist agitation, and the Shelby family are right back where they were last series, with enemies coming at them from all directions.

Good job they’re back home. Arthur, with a fresh haircut and not a chicken in sight, has missed the smell of the place and is pleased to be where he belongs at Tommy’s side. At Michael’s request, Aunt Polly’s back too, which means according to Curly in his delightful summation of the story so far to May, “it’s going to be okay.”

I wouldn’t be so sure, Curly. Polly’s still boiling with resentment and contempt, as seen in the family meeting and at Charlie’s Yard (both scenes absolutely stolen by Helen McCrory). Polly hates Tommy for getting Michael shot, she hates him for putting them in prison, and she hates him for making her high heels from Paris walk through the horseshit of Small Heath. He’s conciliatory towards her because he knows he needs her, and that they need to be together to survive. It’ll take a miracle though, for things between those two to ever be okay again. Luckily though, Tommy and Polly both believe in spirits and miracles.

They also believe in curses, three of which were placed on the Shelby family this episode, once by Esme over John’s body, (“No peace for either of you, ever”), once by Aberama Gold promising to use Tommy’s penny to buy a flower to place on his grave, and once by Luca Changretta (“none of you will survive”).

With all that stacked against them, what are the Peakies’ odds of survival against the mafia? Well, we could take the impromptu boxing match on the factory floor as a model. In one corner, there’s a proven heavyweight that anyone with sense would bet upon—”an organisation of a different dimension”, and in the other corner, a skinny gypsy boy with no chance.