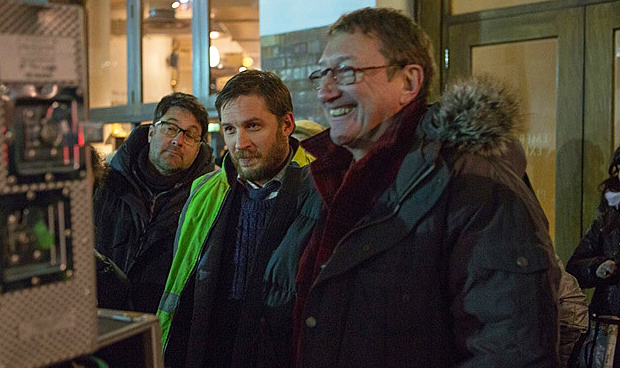 It appears that the BBC has television plans of Dickensian proportions set for the near future. A series of small screen adaptations of the 19th century literary works of Charles Dickens are in the pipeline and the network has tapped Steven Knight, the mastermind behind the hit series Peaky Blinders, to head this ambitious initiative.

BBC controller of drama Piers Wenger has commissioned the series of Dickens TV adaptations, in which Steven Knight will work to create what is being called “a boxset of Dickens’s most iconic novels,” which will roll out in the next few years. Apropos to the holiday season, the first announced adaptation will be A Christmas Carol, the definitive Noel novel, famously depicting the miserly misanthrope Ebenezer Scrooge in his journey of philanthropic self-discovery by way of time-travelling spirits. As Wenger states of Knight’s inventiveness:

“Steven’s unique ability to reimagine the past and to turn it in to must see drama make him the perfect writer to reimagine Dickens’ most famous works for a new generation. And in A Christmas Carol, that most familiar of Dickens’ stories, he has found the perfect place to start.”

Of course, with the mind behind TV’s Peaky Blinders and Taboo in the driver’s seat, expect some stylistic twists on the classic tale. Indeed, as Knight himself reveals:

“Any question about narrative storytelling is answered by Dickens. To have the chance to revisit the text and interpret in a new way is the greatest privilege. We need luck and wisdom to do this justice.”

The “we” that Knight mentions includes a lineup of familiar collaborative forces, with production companies in Ridley Scott’s Scott Free London in association with Knight’s frequent on-and-off-screen collaborator Tom Hardy, by way of his Hardy Son and Baker company. Whether or not Hardy will boost his involvement with the Dickens adaptations by performing in front of the camera remains to be seen. However, Hardy has appeared for Knight in numerous films and shows, recently starring in Knight’s acclaimed (imminently returning,) BBC One/FX television series Taboo, 2014 film Locke and even a recurring role on Peaky Blinders.

The Steven Knight-created A Christmas Carol will, much like the ghosts who visit Scrooge, make three visits, with a trio of episodes. The target release date for the initial Dickens series is Christmas 2019. Yet, with Dickens’s other works including literary masterpieces such as Oliver Twist, David Copperfield, A Tale Of Two Cities and Great Expectations, expect some thematic deviations as the other series iterations arrive.