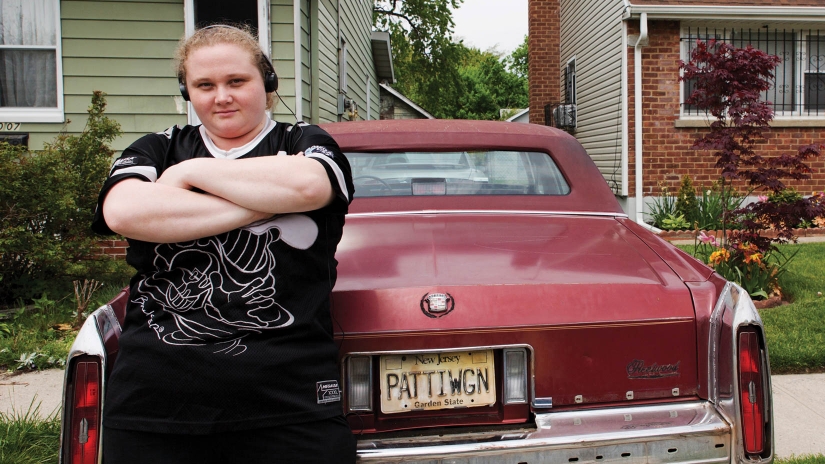 Patti Cake$ arrives in UK cinemas off the back of some richly deserved acclaim. Here's why it's worth a watch…

Like its title character, there are many things about Patti Cake$ – the Sundance smash hit that’s now about to reach a wider audience – that almost force you to dismiss it. It’s a festival darling, which are notoriously hit or miss, and you can pretty much guess how the story will play out based on the synopsis alone.

The film follows Patti aka Killa P (Danielle Macdonald), a wannabe rapper who spends her days scraping together enough cash to pay her grandmother’s medical bills, occasionally taking her out for walks and hanging out with her only real friend, Jheri (Siddharth Dhananjay). When they meet oddball Basterd (Mamoudou Athie) holed up in his anarchist shack in the woods, they decide to make a real go of things with their now-unique collective sound.

It would be understandable, then, for Patti Cake$ to be greeted with an attitude of ‘seen one down on their luck hip-hop drama, seen them all’, but there’s a lot to be said for a fresh perspective on old conventions.

Perhaps fairly compared to 8 Mile in its subject matter, the film’s heroine isn’t just a woman operating in a traditionally male sphere, she’s also a working class woman and – as frequently pointed out by those around her – she’s on the larger side.

The film never veers away from her story, even when the increasingly eclectic group of supporting characters start to assemble around her.

She and Jheri daydream about being superstar rappers, possibly moving across the river from New Jersey to the far more glamorous New York, but it’s not until later in the film that the possibility even seems real. Before that it’s just something fun to do after working menial jobs and – for Patti – dealing with the everyday stresses of caring for her family both financially and emotionally.

Bridget Everett is excellent as Barb, and the chemistry between her and MacDonald makes their dysfunctional codependency feel tangible and real. Again, this is not an abusive mother, but one who simply doesn’t believe that her daughter can get out of the cycle of failure and boredom she herself got stuck in as a young woman dreaming of stardom.

It would be easy to denounce the film’s feel-good factor as cynical but, as with any given sports movie or rom-com, uplifting joy is baked into the format. An openly sincere movie that leaves its audience with a spring in their step is something the world needs more of, if you ask me, and Patti Cake$ perfectly delivers its heroine’s rollercoaster journey to finding some scrap of the world she can call her own.

It asks one or two tough questions, too. Patti is trying to make it in a music genre that’s been created and populated by black people, and she’s called out for that at a pivotal moment in the film. It’s a reminder to the audience that, though our heroine is an underdog herself, she is also adopting a culture she knows little about in order to escape her own miserable existence.

There’s been a lot of noise made about star Danielle MacDonald since the film’s premiere and she is indeed a revelation. Tough and vulnerable, capable and insecure, in her hands Patti is an unforgettable presence and, if there’s any justice, the film should make her a star in her own right.

Writer/director Geremy Jasper, meanwhile, has come from the heightened world of music videos, and it shows. His debut feature film is prone to momentary flights of fancy and is noticeably choppy in places, but it’s held together by the performances as well as the kinetic pace in which the plot hops along.

The same goes for the numerous cliches present – there are enough surprises throughout to stop your eyes from rolling when things vere towards the conventional. Really the whole thing’s just so endearingly raw, elements clearly taken from Jasper’s own life as he’s confirmed in interviews.

Don’t let the seemingly well-worn genre approach scare you, let yourself go along for the ride and Patti Cake$ is a crowd-pleasing delight.

Patti Cake$ is in cinemas from 1st September.