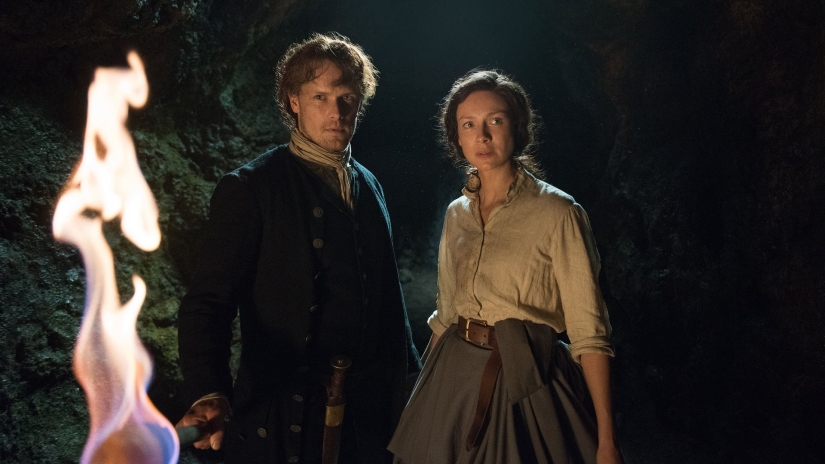 The second half of Outlander Season 3 has been a bit of a mixed bag. While it’s been thrilling to see the show take on a new location as it took to the open seas, it’s been defined by a frantic aimlessness. This show is at its best when its characters are working towards a believable, relatable, and hard-won goal. It’s why the first part of Season 3 worked so well. It was all about Jamie and Claire learning to live without the other, and it wasn’t easy.

Once they were reunited, the show was less focused when it came to Jamie and Claire’s goal. Sure, they were trying to save Young Ian (and don’t think I am not impressed with their dedication to calling Young Ian by his full moniker, even after Old Ian was an ocean away), but, perhaps sensing that the fate of Young Ian was of considerable less interest to the audience, the show threw a lot of smaller missions and obstacles at our heroes. This led to a feeling of narrative whiplash in the second half of Season 3.

For the most part, the Season 3 finale did not have this problem, as it mostly centred around a lingering plot point the show has invested a fair amount in making us care about: Geillis. Picking up where the last episode left off, Eye Of The Storm sees Claire continuing on to Geillis’ plantation in hopes of rescuing Young Ian, while Jamie is carted off to face murder charges by young Captain Leonard.

Claire’s plan to save Young Ian leaves something to be desired. She basically skulks around the plantation’s slave quarters whispering “Ian?” into the night and hoping her nephew will appear. It’s not a huge surprise when Geillis’ manservant, Hercules, captures Claire and brings her to his mistress.

Claire is lucky Geillis has some affinity for “sweet Claire,” otherwise Claire would probably be dead, as Geillis suspects her of trying to move in on her Scottish king prophecy. It brings me no end of delight that the ever-ambitious Geillis is always over estimating Claire’s motivation for travelling through time, so disgusted is she with the idea that someone would travel through time for something as simple as love. Nope, Claire is in it for Jamie’s abs… and his other qualities.

Claire finally manages to convince Geillis that she is telling the truth by showing Geillis photos of Brianna, proving that, until recently, Claire was back in the 20th century. While it manages to keep Geillis from up and murdering Claire or something, it gives her a new target: Bree, the 200-year-old child who is part of Margaret’s prophecy. If it’s not one thing for Claire and Jamie, it’s something else.

Meanwhile, Jamie manages to wiggle his way out of another imprisonment and/or execution, thanks to the dashing Lord John, who basically out-Britishes Leonard into releasing Jamie into his care. You can’t play a player, Captain Leonard.

Jamie and Claire reunite, only to discover that Geillis plans to go through the Jamaica-set portal to kill Bree and bring about the rise of a Scottish king. Geillis even has a sacrifice to do it: poor Young Ian, who continues to have the worst time ever in the West Indies. Claire slices her throat to prevent Geillis from jumping through the water-portal to kill Bree. How many people has Claire killed at this point? Not judging, just curious.

While Geillis death may have been necessary to protect Bree, Claire is understandably shaken by it. Geillis was not only a friend of sorts, but she was one of the only other people in the world who can understand what Claire has been through. When Claire realises it was Geillis’ skeleton that Joe and she examined back in 1960s Boston, Claire is horrified. For now, Jamie is just glad to have his family back. He pulls a traumatized Claire and Jamie into his arms. Hugs for everyone!

If you thought that was the end of Claire and Jamie’s hardship and adventure, then you have obviously never watched this show before. Claire and Jamie have time for a hot love scene in the Artemis’ captain’s quarters before they sail into a terrible storm. When Claire (who stupidly goes above deck) is swept over the side, Jamie dives in after her. #truelove

They wash up on the shores of Georgia, a new chapter in their journey. For now, they are happy to be in each other’s sandy embrace. After the last few months they’ve had, I wouldn’t blame them if they wanted to take a beach breather. Given the number of books in this series, something tells me this isn’t the last time these two have seen danger and heartbreak. Thankfully, they have each other… Their love is the eye of the storm, the peace in the chaos.

Read Kayti’s review of the previous episode, The Bakra, here.