Now Brassed Off is heading to the stage 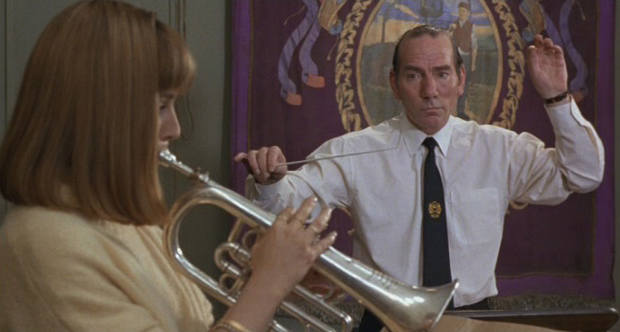 Brassed Off! heads to the stage later this month, along with a full brass band…

We’ve no shortage of love for the wonderful Brassed Off! around these parts, Mark Herman’s superb film about a miners’ colliery band and how its future is threatened when the coal mine itself comes under threat of closure. The film is now 20 years old, but still feels relevant and fresh. And now, it’s the latest movie to make the jump from the big screen to the stage.

Interestingly, this isn’t a massive West End endeavour, either. Rather, it’s the first time in nearly 40 years that the Wolverhampton Grand Theatre is putting together its own full scale production itself.

Gareth Tudor Prince is directing the new production, and Paul Allen has adapted the film to the stage. Jeffrey Holland – best known for his work in Hi-De-Hi – is taking on the role of Danny, so memorably realised by the late, great Pete Postlethwaite in the movie.

Furthermore, a full brass band will be part of the production.

Brassed Off! opens on Wednesday August 23rd, and plays through until Saturday September 2nd. You can find ticket details here. It sounds like just the sort of production worth supporting if you can.