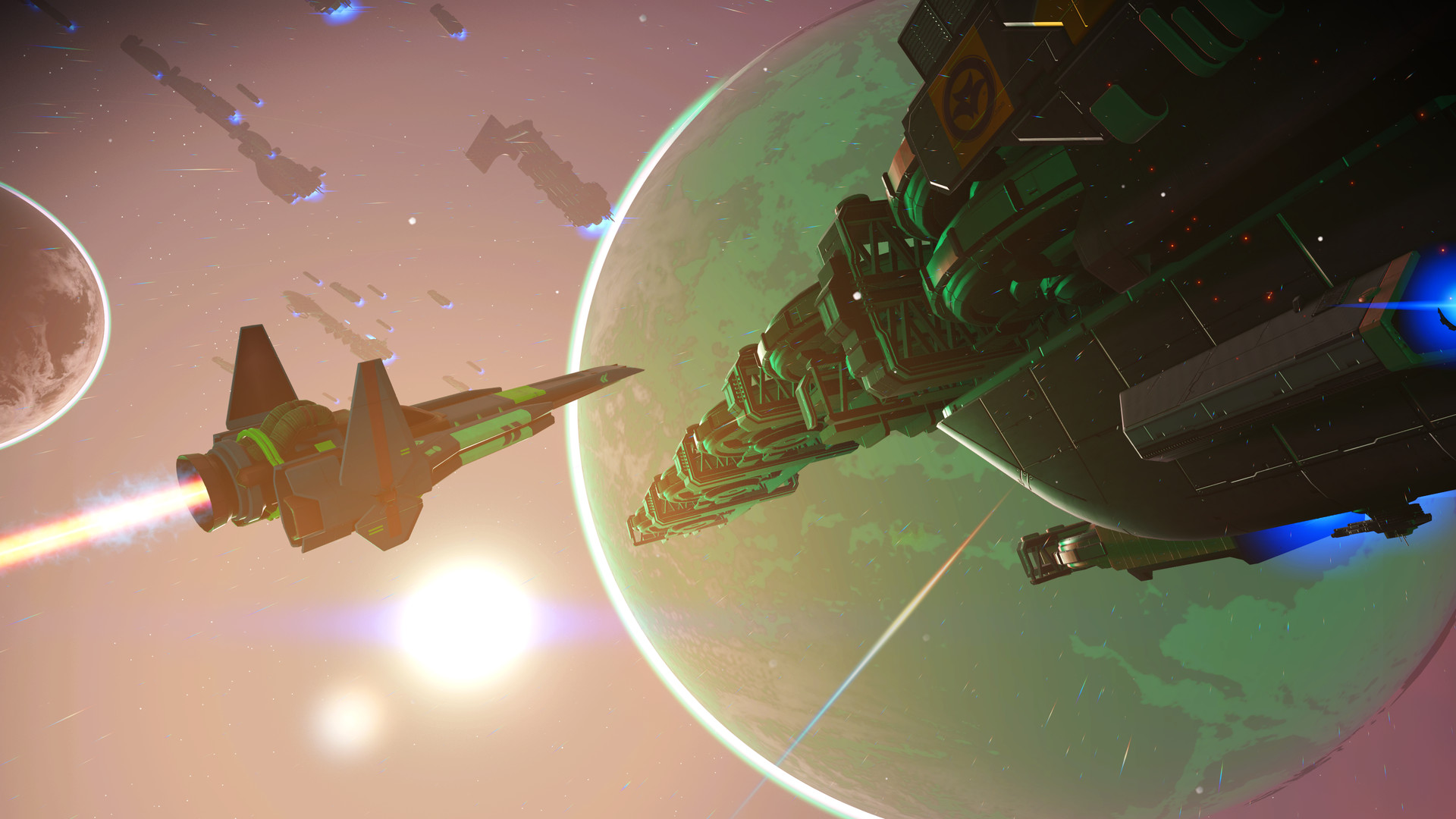 Hello Games is still adding new features to No Man's Sky, with the new update bringing a multiplayer mode…

For some, No Man’s Sky was something of a disappointment, but that doesn’t mean its developers have given up on it quite yet.

An upcoming update to No Man’s Sky – titled “Atlas Rises” – figures to add a few new things to the game that fans were hoping would have shipped with the original version of the title. For instance, the upcoming update will supposedly flesh out the game’s bare bones story by adding plot elements to the middle sections of the experience. Developer Hello Games is also promising to streamline travel, improve the game’s graphics, add new aliens and ships, and even incorporate some basic multiplayer elements.

That last note is an especially fascinating one. When No Man’s Sky was first announced, one of the most tantalising promises designer Sean Murray made was that players would all inhabit the same universe, but the odds of them ever actually meeting each other were almost non-existent.

Naturally, players managed to meet up on the same planet within days of the game’s release. Despite that, they were not actually able to interact in any way or even see each other.

This multiplayer update hopes to address one of the game’s most notable failures by adding a “Joint Exploration” mode that allows you to see up to 16 players that are close to your vicinity. The bad news is that you won’t be able to do much with these players. In fact, they won’t even appear as pilots or ships. Instead, they will be represented by glowing orbs.

If you are so inclined, however, you can explore nearby regions with these orbs and communicate with each other while you do so. At this time, there don’t appear to be any further incentives or objectives tied to this mode.

Needless to say, that’s hardly an ideal multiplayer experience for those who have stuck with a game that fell well short of expectations. Still, progress is progress, and it’s good to see that Hello Games is still supporting its controversial space sim.