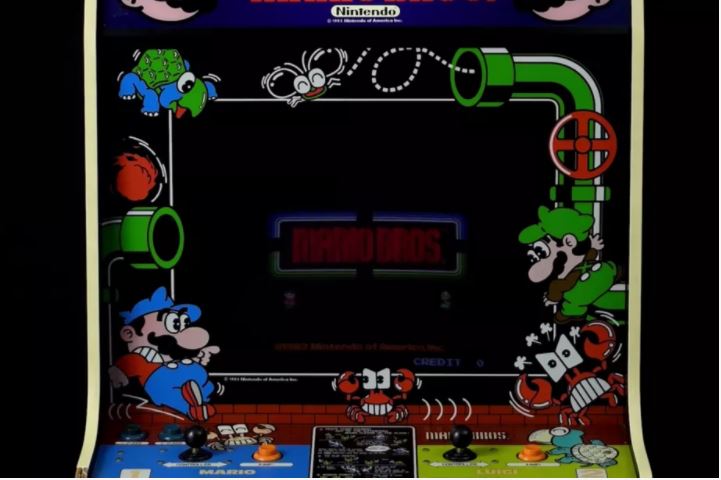 There’s still no word on when – or if – we’ll get we’ll get Virtual Console support for the Nintendo Switch, but we do know that Nintendo isn’t waiting until then to bring classic games to their hit console.

The first Arcade Archives title coming to Switch will be Arcade Archives: Mario Bros. This title will faithfully recreate the original looks and sounds of the original Mario Bros. arcade game, but add some minor alterations designed to help welcome the classic arcade game to the modern era. The most notable of these alterations is certainly the ability to compete with another player by splitting a pair of Joy-Con controllers.

We assume that more details regarding Arcade Archives: Mario Bros are on the way – including its price and release date – but that information is not available at present.

What we do know is that this is only the first of several arcade title revivals that Nintendo plans on bringing to the Nintendo Switch. Nintendo has already confirmed that Vs. Super Mario Bros., Vs. Balloon Fight, Vs. Ice Climbers, Vs. Pinball, and Vs. Clu Clu Land are on the way, but it’s possible that even more Nintendo arcade games will make their way to the Switch in the near future.

It has been a little while since Nintendo has properly revisited these particular titles, so it is kind of nice to see them get a little special attention via these re-releases. At the same time, these do seem like the kind of games that may have been made available via Nintendo’s Virtual Console service in the past.

Between the release of these games and Nintendo’s Classic Edition line, we will admit that we’re curious what Nintendo’s long-term plan is in regards to classic titles getting a Switch release. For the time being, though, we’re also excited to get our hands on these re-imaginings.