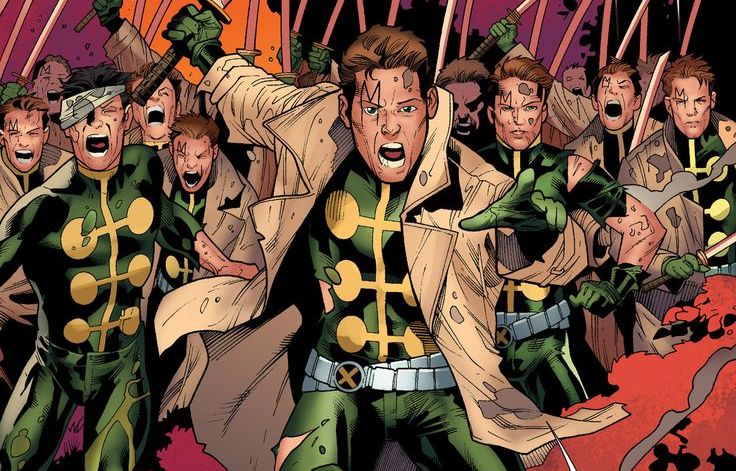 James Franco will star as Multiple Man in a new X-Men solo film!

James Franco is set to play Jamie Madrox aka Multiple Man in a new standalone X-Men movie. The film is being written by Wonder Woman screenwriter Allan Heinberg and produced by Simon Kinberg, who is currently also directing X-Men: Dark Phoenix. No release date has been set for this film, but we assume it’s still a ways away as its currently in the early stages of development.

The character choice is interesting as he’s not exactly as popular of a name as, say, the usual mutants. In case you don’t know, he’s indeed named Multiple Man because he can instantly create duplicates of himself. While Jamie was originally a minor character, his story was better established in Peter David’s X-Factor run from the 1990s, which incorporated many lesser known heroes from the larger X-Men mythos. Multiple Man has also appeared in the adventures of the Fantastic Four. In fact, he was created by Len Wein in the pages of Giant-Size Fantastic Four #4 in 1975.

Multiple Man joins a few other X-Men movies that are currently either in production or in development at 20th Century Fox. Josh Boone’s The New Mutants is next on the list of X-Men releases, followed by Deadpool 2, X-Men: Dark Phoenix, and a Gambit movie. It remains to be seen where Multiple Man might fall in this schedule. Perhaps the character could be introduced in another X-Men movie before getting his solo outing? It would make sense for a character that’s not exactly as much of a household name as many of these other Marvel characters.

The character has appeared on the big screen before. He was portrayed by Eric Dane in the maligned X-Men: The Last Stand, which featured Multiple Man as a villain associated with Magneto’s Brotherhood of Mutants. We assume that will not be the case in the new movie, as most of The Last Stand continuity has been wiped from existence.

We’ll bring you more on Multiple Man as we learn it.