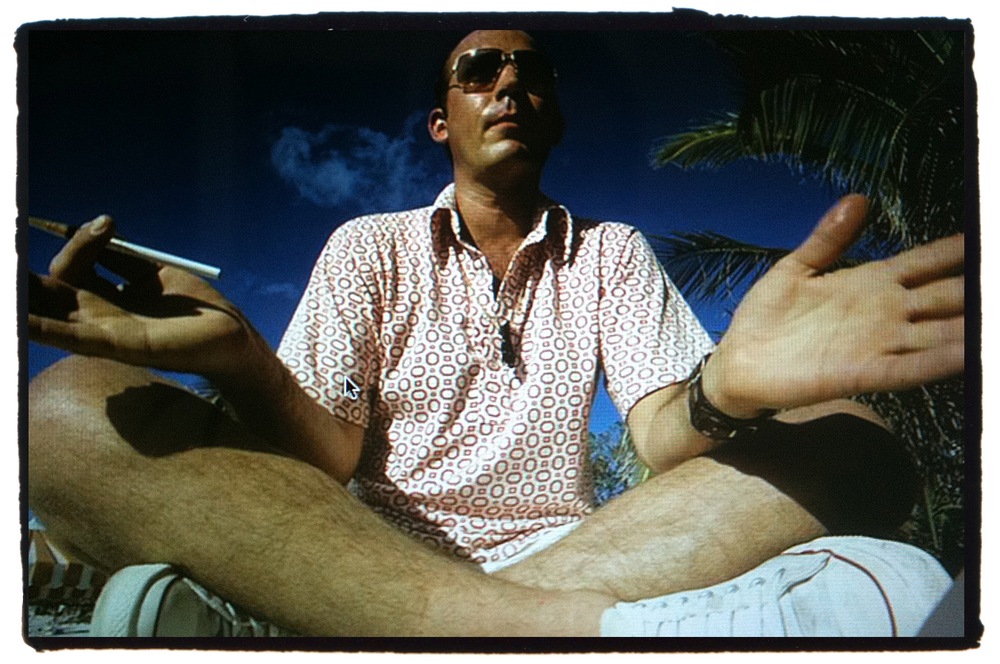 MGM will turn the life of Gonzo Godfather Hunter S. Thompson into a new TV treat. Drink deep, it's good for you…

“When times get weird, the weird turn pro,” Hunter S. Thompson once wrote. It’s been 13 years since the father of Gonzo journalism decided to end his life – ending the games, the fun, the walking and the swimming. Since then, times have gotten weirder than any hallucinogenic chemical fantasia might have imagined. So, maybe it’s time for an authorised, televised Hunter S. Thompson biography to tell the story.

There are no details on what it will be, but it will be directed by Davey Homes, who runs the TV adaptation of Elmore Leonard’s 1990 novel Get Shorty, and written by Bob Nelson, who wrote screenplays for The Confirmation and Nebraska. The Thompson biography project is being produced by MGM Television.

“Davey is tremendously talented and has demonstrated that he can deliver quality programming that will resonate with viewers,” MGM Television Group president Mark Burnett said in a statement. “As we look to the future of MGM Television, it is imperative that we forge long-term relationships with creators who have an eye for dynamic storytelling.”

Thompson’s story was certainly dynamic. He had guns that had the firepower of dynamite, as did his words. He started writing while he was in the Air Force. He got fired from a lot of his jobs for insubordination until he found kindred spirits in the gang he lived with to write his book Hell’s Angels: A Strange And Terrible Saga. He might be best known for the book Fear And Loathing in Las Vegas, which Terry Gilliam turned into a movie starring Johnny Depp. But from his taunting of Jack Nicholson, his run for sheriff of Aspen, Colorado and his renowned constitution for all things imbibable, his writings might be the least of what the series will focus on.

Thompson started out as a sportswriter, he ended up a legend in his own time, caricatured in Gary Trudeau’s Doonesbury comic strip as the indefatigable Duke, and by Bill Murray in Where The Buffalo Roam, by tearing down myths, legends and traditions. Everything was first person to Thompson, from America’s answer to the monstrous Mr. Hyde, President Richard Millhouse Nixon to President Bubba Clinton and his personal mafia to the Kentucky Derby.

MGM Television is still developing the show and based on the life of Hunter S., it could be a full series.