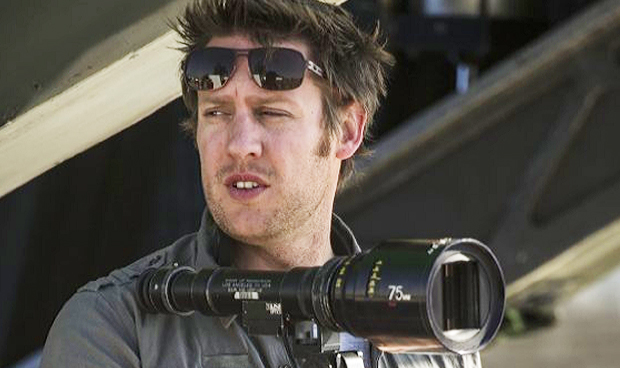 Neill Blomkamp confirms that he will direct The Gone World, based on an upcoming book.

Since Neill Blomkamp’s long-discussed Alien sequel project fell apart, the director is shifting his attention to another project that’s been on his wish list since late-2015 with The Gone World, a film adaption of the upcoming sci-fi-themed thriller novel of the same name by Tom Sweterlitsch.

Blomkamp confirmed his director status with 20th Centruy Fox for The Gone World by taking to Twitter, touting an advance copy of Sweterlitsch’s novel, which is currently set for release on February 6, 2018.

This just arrived. Truly incredible book by @LetterSwitch . So excited to direct this for @20thcenturyfox pic.twitter.com/kKxyFnhWhM

The story of The Gone World takes place in 1997, centering on a woman named Shannon Moss, a member of a clandestine, X-Files-esque division of the NCIS (Naval Criminal Investigative Service), who is tasked with investigating the mysterious murder of a Navy SEAL and to find the victim’s missing teenage daughter.

However, this case exists well beyond the clearance of ordinary law enforcement, since it pertains to the spaceship, U.S.S. Libra, where evidence (and Moss’s past experiences,) points to being lost in a time travel incident. Thus, the investigation sends Moss to the future, specifically a possible future (due to the fragility of the timeline), where she discovers far-greater implications in an apocalyptic, humanity-ending cataclysm. Quite the journey from a mere murder investigation.

The Gone World author Tom Sweterlitsch has already made an entertainment industry impact with his 2014 sci-fi novel Tomorrow And Tomorrow, a virtual reality thriller, which also has a film adaptation in the works, with Captain Fantastic helmer Matt Ross attached to direct.

This should be an interesting project for the celebrated South African helmer Neill Blomkamp, who first made a global impact with his 2009 alien allegory District 9, followed up with 2013’s Matt Damon-starring Elysium and the 2015 robot drama Chappie. We’ll keep you posted as we hear more. And do check out Blomkamp’s work with Oat Studios if you can. He’s doing some brilliant stuff there.