My Little Pony: The Movie review 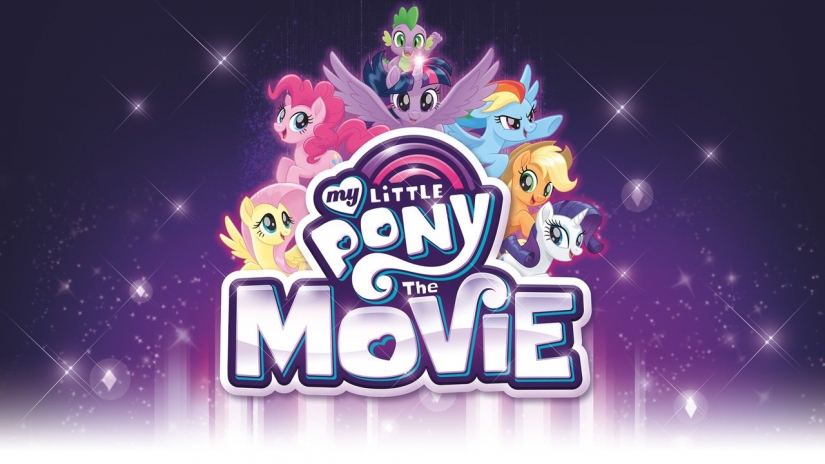 Here's our review of the My Little Pony movie, that's now in UK cinemas…

To describe My Little Pony: The Movie as anything other than a sensory overload would be a severe injustice. Combining every single colour humanly possible, it is an incessant upbeat bravado that would make Disney feel uneasy. My Little Pony: The Movie is a discombobulating 89-minute feature that leads to a near fatal saccharine overdose once its musically vibrant credits finally roll. Currently in their ‘fourth generation’, Hasbro’s candy coloured ponies have trotted into cinemas, just in time to save youngsters from half term boredom.

The colourful equestrian franchise has radically evolved since its initial release way back in the 1980s. Fast forward nearly 40 years and this worldwide phenomenon has spawned countless arrays of merchandise, several TV incarnations and now a big-shot feature film. Upon its hugely successful revival in 2010 the magical ponyverse has won over a new cult fandom of adult viewers affectionately known as ‘bronies’ and ‘pegasisters’, which has undoubtedly helped with its contemporary popularity.

My Little Pony: The Movie is essentially a feature-length film adaptation of the long running TV series My Little Pony: Friendship Is Magic (which is currently in its seventh season). Bringing together original cast and crew members, this rainbow drenched animated fantasy tale stays faithful to the core elements which has seen it commercially sustain a near decade run.

Plot wise things are fairly basic, but given the U certificate it’s hardly surprising. Princess Twilight (Tara Strong) is in the midst of throwing the biggest Friendship Festival Equestria has ever seen. The festivities are cut short when fascist overlord The Storm King (Liev Schreiber) and his right-hand pony, broken-horned unicorn Tempest Shadow (Emily Blunt) seek to invade the once happy kingdom and steal the ponies’ magic.

Twilight and her pals (the extraordinarily named) Rainbow Dash, Applejack, Pinkie Pie, Rarity and Fluttershy (otherwise known as the Mane six, boom-tish) manage to evade capture and set off on an epic expedition to seek help from the Queen of the Hippogriffs.

The key problem with the film is its sheer forgetability; not one of the numerous overly optimistic songs is memorable and many A-list voiced characters (including Taye Diggs’ fickle feline Capper and Zoe Saldana’s parrot pirate Captain Celaeno) appear to be randomly crowbarred in. It is seemingly developed as an excuse to churn out a new line of collectibles just in time for Christmas. Incidentally don’t be surprised if Sia’s (a.k.a Songbird Serenade) closing number Rainbow gets stuck on an infinite loop in parents’ cars up and down the country.

The overall arc throughout My Little Pony: The Movie is undeniably traditional, from the 2D animation (which brings a retro weekend cartoon vibe) to the universal childhood themes of the importance of friendship, stranger danger and being true to who you are. Inspirational stuff, no? There is nothing objectionably offensive about this equine escapade but with the likes of The Lego Movie catering for both kids and adults seamlessly, it is hard not to be disenchanted with this over padded and below par offering.

Not the finest of half term treats, but the dedicated fan base of My Little Pony is sure to be enthralled by this enchanted though utterly generic adventure quest.

My Little Pony: The Movie is in UK cinemas now.