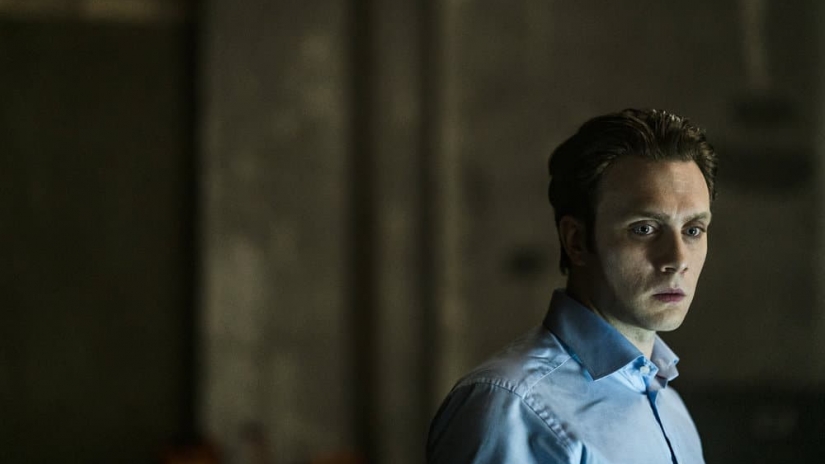 Mr Robot turns an unnecessary diversion of an episode into an excellent character study in Legacy. Spoilers ahead…

One of the best and most fascinating aspects of Mr. Robot season 2 was Tyrell Wellick’s very conspicuous absence.

The simple absence of a lead character is such an underutilised yet powerful tool in the TV showrunner’s tool belt. Our brains crave patterns and consistency and when a pattern is broken is such a severe way like a lead actor suddenly disappearing, those same brains can’t help but mistake a simple absence for importance.

Sam Esmail was so bold as to tell Martin Wallstrom, a professional actor presumably under contract, “don’t worry so much about this season. You’ll pop up in an Alf fantasy sequence and at the very end.”

Mr. Robot committed to the absence of Tyrell Wellick so completely that one couldn’t help but be intrigued at worst and impressed at best. Even the finale of season 2 did virtually nothing to explain where Tyrell Wellick had been this whole time. Then season 3 rolled around and we got two episodes in with little to no mention of Tyrell once again. It seemed like this was a mystery that Mr. Robot was just going to leave a mystery for the rest of its run.

Now Legacy has happened. And all Legacy is really is a fifty-minute extended flashback to everything that happened to Tyrell Wellick from the time that he and Elliot initiated the hack to the moment he shot Elliot.

The answer to the question throughout season two of ‘where is Tyrell Wellick’ ends up being ‘he was hanging out on some farm in New Jersey and growing a beard.’

The ultimate truth of Tyrell’s time in hiding is disappointing in its simplicity. Still, I can’t help but find myself fascinated by it once again. On Mr. Robot, even the simple is not simple and even the answers are not answers.

Maybe that’s pseudo-intellectual bullshit. Maybe the pretty visuals and stylish editing of Mr. Robot has me completely in its thrall, unable to objectively analyse what is a deceptively simple and perhaps even silly show. All I know is that if you told me last year what Tyrell’s been up to this whole time, I would have said: “that’s dumb.” After watching Legacy though I somehow find the answer entirely satisfying and cool.

Shortly after Tyrell and Elliot execute the cyber attack on 5/9 in their Coney Island lair, Elliot transitions into Mr. Robot and retrieves the gun from the popcorn machine. Mr. Robot points the gun at the back of Tyrell’s head, startling him. Tyrell stands up and Mr. Robot pulls the trigger but the gun misfires. In the time before Mr. Robot can shoot again, Tyrell becomes the full lunatic he’s always threatened to be.

He goes Jules Winfield and says the fact that the gun misfired is a divine sign that he and Elliot are supposed to work together to take down Evil Corp once and for all. They’ve been invited into God’s circle to lead the revolution. No, not even that. They’re Gods themselves.

Mr. Robot exhaustedly concedes that Tyrell actually could help out with Stage 2 and it might be nice to have someone this batshit crazy around. Tyrell thanks him and leans in to kiss Mr. Robot/Elliot but Mr. Robot pulls back and says “Some things are better left unsaid. Subtext you know.”

Ironically, Mr. Robot uttering that line magically removes subtext from the rest of the episode. From there on out, it’s a pretty straight retelling of the events of Tyrell’s life during Elliot’s eight-ish months of lost time in prison.

Irving and some Dark Army goons arrive. They take control of the situation and command Elliot to take Tyrell’s car to a parking lot on 17th and 6th (where Elliot will eventually wake up a week later). They then take Tyrell with them to get him into hiding as he’s about to be the most wanted man in the world. From there, virtually the rest of the episode follows Tyrell in his rustic New Jersey digs where he grows a beard, gets absolutely jacked chopping wood and takes care of some meager stage 2 chores for the Dark Army here and there.

None of this is strictly needed. We didn’t need to know where Tyrell was. The show was already thriving on the mystery of it alone. And we already knew he was working with Mr. Robot on stage 2. Virtually the only new information we glean is the depth of Cisco’s involvement with the Dark Army and I don’t see that popping up among the top ten enduring mysteries on Mr. Robot.

Still, Legacy works like crazy. It works not in spite of how unnecessary showing Tyrell’s exile was but because of it. By placing Tyrell and Irving in this conventional, almost Breaking Bad-ian Granite State context, Mr. Robot finds a way to put in its best character work yet.

Kudos to Martin Wellstrom. It’s almost like in the time he spent away from Mr. Robot season 2 he was preparing for this showcase just like Tyrell was preparing for his reunion with Elliot. He is absolutely wonderful here. The unique levels of paranoia, hero worship, and narcissism within the character come through clearer than ever before. We spend so much time with Elliot on this show that sometimes the other characters suffer as a consequence. After Legacy, it’s easy to see Tyrell’s purpose and value more clearly than ever.

He is Mr. Robot’s wild card. We must have always known that on some level but within the context of his time alone in this episode it makes more sense. He’s a sidekick that is completely and utterly devoted to our main character and through just those qualities alone, helped to undo the entire world.

Even the episode’s biggest action sequence is unnecessary in plot but crucial to better understanding this Swede. Tyrell escapes his rural confines to walk into town. Somehow a beat cop recognises him almost immediately despite his Man Of Steel beard and trucker hat. The cop brings him in and calls the FBI. The big revelation here is supposedly that Dominique’s partner, Agent Santiago is in league with the Dark Army as he executes the cop and ‘rescues’ Tyrell. But really the takeaway here is that Tyrell was ready (and does) break his own thumb to escape.

The character trait of ‘wild card’ likely evokes images of The Joker or Charlie Kelly in a cowboy hat but the most apt comparison is Trashcan Man in Stephen King’s The Stand. If you’ve not read that, scan the Wikipedia entry at least. It may make the ultimate end game of Mr. Robot come into focus.

The time we spend with Tyrell in this episode is crucial to the show’s ultimate mission. The other characters highlighted here, while not as important to that mission, are just as fascinating.

One day I hope to have half as much fun doing anything as Bobby Cannavale does playing Irving in this show. It’s amazing how richly realized Irving is here for having just appeared onscreen for two episodes. He fits an archetype, sure. Episode 1 made it very clear that he’s the Dark Army’s fixer – another thing that this season has in common with Pulp Fiction.

Still, on the script page, Irving could certainly come across as inert or cliched but as embodied by Cannavale, he somehow becomes the most vibrant and exciting character on the show. Irving is fascinating whether he’s bringing Tyrell Swedish fish in a Target bag, lying about the existence of his children, or even just watching Big Brother. This guy is seriously working on a sleazy romance novel called “Beach Towel.”

Mr. Robot is never simple even when it’s simple because this otherwise conventional flashback episode features one of America’s finest character actors sporting a moustache and doing bumps of coke while he interrogates a main character with questions like “Did you kill Sharon Knowles” and “Do you hate your father?”

Ultimately, the entirety of Legacy is like Wallace Shawn as Mr Williams, himself. It’s an unnecessary diversion. It’s also an entertaining and enlightening one.