Men In Black spin-off movie being fast-tracked by Sony 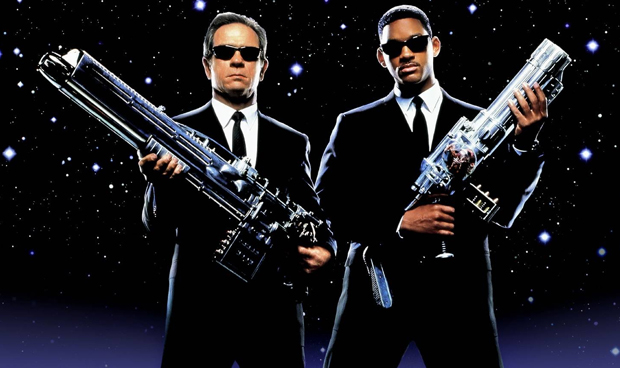 After years of planning, the Men in Black film franchise will move forward, this time with a spinoff movie focused on new characters.

Discussions over the past few years about a prospective crossover between Men In Black and the rebooted cop comedy 21 Jump Street film franchises have just been flashed with a proverbial neuralyzer device. Sony Pictures has made the decision to move forward from the stalled crossover idea with plans for an MIB spinoff film instead, that advances the extraterrestrial immigration agent legacy.

THR is reporting that the Men In Black franchise will continue with a spinoff movie that shifts focus away from Will Smith’s Agent J and Tommy Lee Jones’s Agent K to a new generation of suit-sporting enforcers.

The script will be written by Matt Holloway and Art Marcum, the duo behind 2008’s Marvel Cinematic Universe-launching Iron Man and the recent Transformers: The Last Knight. Moreover, the executive producer roster will have no shortage of gravitas with Steven Spielberg, who served in that capacity for the original MIB trilogy. Walter F. Parkes and Laurie MacDonald are also onboard as producers, along with Sony’s David Beaubaire.

The Men In Black franchise was, of course, made famous by the Will Smith/Tommy Lee Jones-starring trilogy of films, kicking things off with the 1997 smash summer blockbuster Men In Black, showcasing a sci-fi spin on the buddy cop formula that achieved success off the chemistry of its two primary stars. The duo play agents of a space-gadget-armed secret government organisation that oversee the arrival and assimilation of interplanetary immigrants in the United States, all while keeping said efforts – as well as the spectacularly obvious alien nature of the immigrants – a secret from the general public.

That first effort was followed by two sequels in 2002’s Men in Black II and, a decade later, with 2012’s Men in Black 3 (with Smith opposite Josh Brolin, who plays a younger version of Jones’s character). Collectively, the film franchise has globally grossed $1.655 billion.

Sony, thus, has fast-tracked the untitled MIB spinoff film, prompting the booking of the advanced release date of May 17th 2019.

However, the MIB spinoff will face some serious suit-sporting genre competition on that date, since it’s already occupied by Keanu Reeves action threequel John Wick: Chapter 3….