Matthew Vaughn and Stardust, 10 years on 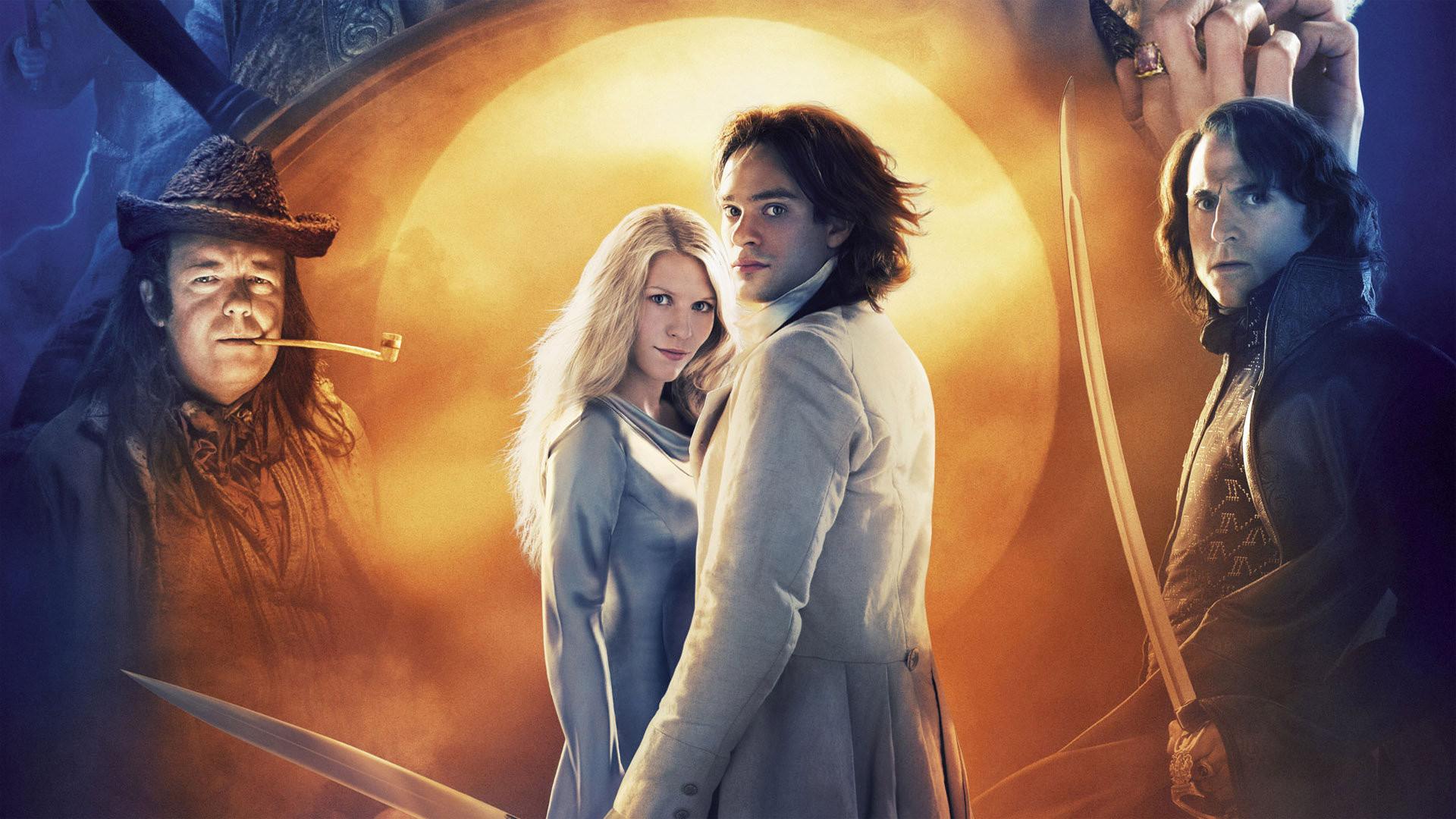 We salute the 10th anniversary of Matthew Vaughn's wonderful Stardust…

Comic book movies are Matthew Vaughn’s speciality. Between Kick-Ass, X-Men: First Class and the Kingsman franchise, he’s been a constant and eclectic presence as these films have boomed, and if reports are to be believed, his next film could be about either Flash Gordon or Superman.

But going back even further than Mark Millar or Marvel, Vaughn’s first comic book movie was his adaptation of Neil Gaiman’s Stardust, which arrived in UK cinemas ten years ago this week. Before it was published as a novel in 1999, Gaiman conceived the postmodern fairy tale as a ‘prestige’ comic; the four-issue mini-series was illustrated by Charles Vess and published by DC in 1997.

Vaughn’s film, which stars Charlie Cox as a shop boy who comes of age while dragging Claire Danes’ fallen star across the magical realm of Stormhold, is a loose adaptation of the story, but it’s a really entertaining family film of the kind that has disappeared from cinemas in the last decade.

This year also marks the 30th anniversary of Rob Reiner’s The Princess Bride, and while that film is an unique treasure, few films have even tried to recapture that film’s success. The first Shrek might count, but that’s very specifically taking aim at Disney. Meanwhile, Stardust is a film that sets up a few tropes and working partnerships that we see in Vaughn’s later films, particularly in its irreverent subversion of genre expectations, but as with Reiner’s classic, it’s relentlessly entertaining with it. Since it was made, Gaiman’s works have had more popular adaptations, such as Laika’s excellent Coraline and Amazon’s extraordinarily lavish adaptation of American Gods, and the BBC is currently shooting a star-studded series based on Good Omens, his collaboration with Terry Pratchett. But Stardust had a rougher road to the screen, with Miramax and Terry Gilliam previously having a bash at bringing the story to the screen.

Fresh off Layer Cake, Vaughn initially dropped out too, but came back after he dropped out of making X-Men: The Last Stand. He took on the project with Gaiman’s blessing, and it was Gaiman who introduced Vaughn to screenwriter Jane Goldman, with whom he has worked on all of his subsequent films. Together, they worked on an adaptation that omitted the adult-oriented novel’s frank approach to sex and violence for the most part, but roasted the traditional Hollywood fairy tale more effectively than any film since The Princess Bride.

On the success of this adaptation, Gaiman told Empire magazine in 2013 – “I sort of feel like my grounding in comics was actually very useful because in my head, that’s just the Earth-Two version of Stardust […] which has Robert De Niro and stuff. And I get people who come to the book from having loved the movie who are really disappointed at some of the stuff that isn’t there that Matthew brought.”

Gaiman has called his story a fantastical spin on It Happened One Night, while Vaughn has said that Midnight Run was his frame of reference while making the film – those films are not so dissimilar in structure, and you can certainly see both in Tristan and Yvaine’s journey back to the tiny English village of Wall. Despite a marked difference in tone, both of those films are fast and funny, and happily, so is this one. That’s not to say that the film completely strips any darkness out of the story. The three nameless witches of the novel become Lamia (Michelle Pfieffer), Mormo (Joanna Scanlan), and Empusa (Sarah Alexander), but their mission to tear out the beating heart of a fallen star remains as ghastly as ever. The film’s ending is vastly different from the novel’s, but it comes naturally out of the alternate telling, rather than out of the necessity for an action packed finale. A lot of glass may break, but there’s plenty of weirdness in there and the essential character beats ring true.

The sub-plot about the succession to the throne of Stormhold is very macabre too, with the seven princes murdering one another and then appearing throughout the story as a ghostly chorus. In addition to Vaughn regulars Jason Flemyng and Mark Strong as Primus and Septimus, the princes are played by Rupert Everett, Mark Heap, Julian Rhind-Tutt, Adam Buxton and David Walliams – a formidable comic line-up in anyone’s book.

Strong’s Septimus out-bastards all six of his brothers fairly early on in the plot, but the way in which Vaughn and Goldman fold this plot in with the unfolding screwball romance and Lamia’s nefarious quest makes for some gleefully dark comic relief. It’s some violent Game Of Thrones-y business, but it’s not too much for its target audience, as is best demonstrated in a nigh-unimprovable sight gag which reveals that the royals literally have blue blood. That’s how you get away with slitting Flemyng’s throat in a PG movie.

The enviable casting goes beyond the princes too. Robert De Niro, Sienna Miller and Ricky Gervais round out the main cast, and there are brief appearances from David Kelly, Melanie Hill, Henry Cavill, Mark Williams and the legendary Peter O’Toole to boot. That’s an extraordinary line-up, and Vaughn shows the same affinity for an ensemble that made him a good fit for X-Men, and continued in Kingsman.

What’s notable in comparison to his latest films is his use of music. It’s still here, as the choice of The Infernal Gallop over a battle between Septimus’ men and Captain Shakespeare’s pirates (while DeNiro’s sensitive pirate is can-canning around his quarters, blissfully ignorant of the commotion) feels like the start of a trend. But where the Shrek films made it commonplace to use modern songs for juxtaposition in a fantasy comedy, the music isn’t as in-your-face as Free Bird in Kingsman: The Secret Service, or any of the far lesser follow-ups in its sequel.

Furthermore, Vaughn’s earnest attempt to bring back original songs for movies begins here, with Take That’s theme song Rule The World, which plays over the credits. It’s a catchy ballad that gains about a squillion points for the clever insertion of Yvaine’s name in the lyrics – listen closely to the line “if angels cry” in the second verse. This track and Ilan Eshkeri’s original score is met by classical music cues, making for a soundtrack that, unlike many today, doesn’t sound like it was pulled off a jukebox.

Looking back, it’s frankly a shame that Vaughn and Goldman haven’t gone back and made another family film, given how 12A films have taken up all of the room that used to be occupied by PG films. Goldman provided the script for Tim Burton’s adaptation of Miss Peregrine’s Home For Peculiar Children, which was broadly family focused, but their more recent collaborations have doubled down on the adult content with each successive Mark Millar adaptation, most obnoxiously in Kingsman: The Golden Circle.

While there might be more debate nowadays, Stardust‘s Matthew Vaughn was a director that all geeks could be happy to see direct a Superman movie, particularly after the cynicism that has bogged down the character’s most recent outings. In defence of the excesses of his later films, you could argue that his independence allows him to make films the studios usually won’t, but Stardust is a shining example of how unique he could still be without being so blunt. Vaughn told us in 2015 that he had considered making a sequel set in 1960s England, “with these mad kings and princes and princesses running around London”, but the film hadn’t made enough money for the studio to get behind it. However, it did win the Hugo Award for Best Dramatic Presentation – Long Form in its year and it’s still warmly regarded by those who enjoyed it first time around.

As a filmmaker who usually winds up toning down more extreme source material, be it Gaiman’s mature fairy tale or Millar’s controversial wish-fulfilment fantasies, Stardust must be seen as the starting point of the Matthew Vaughn we know now: a filmmaker who has both a sincere mischievous sensibility and a strong commercial instinct, and he shares a knack for adaptations with Jane Goldman. It’s funny, inventive and romantic and in many ways, it is still his very best film.