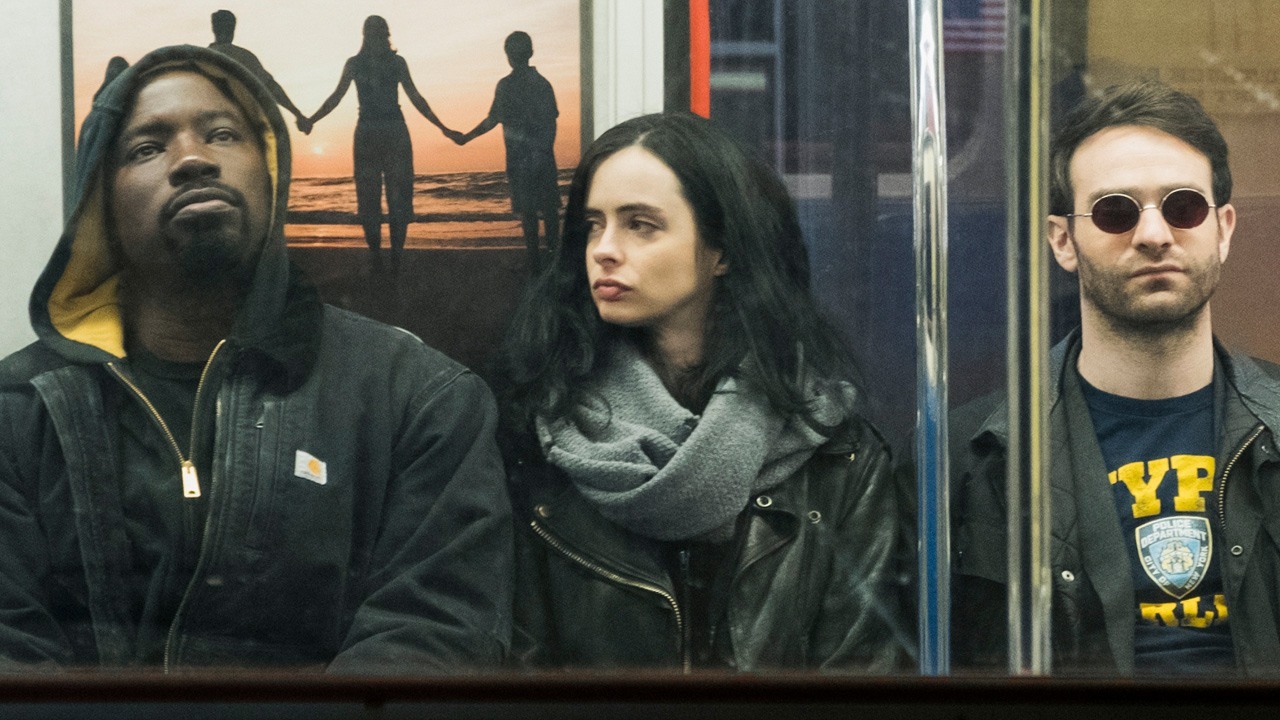 Our daily visit to Marvel's Defenders nears its end with episode 7. Fingers crossed for a big finish!

Following the events of last episode, the Defenders (as they are plainly never going to refer to themselves) are waylaid in Misty Knight’s police station-turned-halfway house with a lot of questions to answer, not least the presence of the deceased corpse of Stick, for whom they are the primary murder suspects.

To give a little context to Elektra’s murder of Stick (and, for that matter, her turn to the dark side in general) we get a flashback to the days when Stick was trying to use her to recruit Matt. It’s a welcome reminder that Elektra’s personality is volatile, although as with the Diamondback flashbacks in Luke Cage, one wishes the context had come before it was necessary, rather than slightly after.

The good news is that being back in the police station puts these characters in touch with their supporting casts, and that means some great conversations between Foggy, Karen and Matt. In particular, I was intrigued by Foggy’s reminder to Matt that keeping his identity secret isn’t just important for Matt’s safety, it’s also important for keeping the lives of everyone around him afloat. If your mind is now drifting back to the last time we saw The Kingpin, in Daredevil Season 2, you’re probably not alone.

But let’s not get ahead of ourselves. There’s plenty of character stuff going on in this episode that’s worth mentioning, in particular Claire and Colleen’s moment bonding over their status as sidekicks. I was sure, after Iron Fist, that Claire would be getting involved in the fight herself but it seemed that setup had been discarded. After this conversation, I’m wondering if it’s actually been pushed further down the line – but then again it might not be the best storytelling decision in the world to turn your street-level audience-entry character into a superhero, so maybe they’re not doing it at all.

Simone Missick gets a chance to properly shine in this episode, maintaining an admirable sanity in the face of the madness around her. Her insistence that people follow the law and co-operate with the legitimate investigation is a powerfully uncool position, but it’s also one that’s hard not to empathise with. I had to laugh at Luke just flat out telling her all the things she’s been begging to know but that the other seem to think it’s important to keep hidden.

Speaking of comedy gold, Luke, Jessica and Matt getting the subway to make their escape is my favourite image of the series so far. The more mundane the situation you put a superhero in, the funnier it becomes. It makes me wish that the Netflix shows were less afraid of having a sense of humour about themselves. Agent Carter Season 2, which was as funny as your average Marvel movie and had better emotional payoff than most, could teach these shows a lesson.

Of course, while all this stuff is happening at the police station, Danny has been placed in the grip of the Hand. A slightly loose grip, admittedly, since several fingers have been cut off. And while I appreciate that Danny has his fans, you cannot argue with the facts of this situation: Danny is told that the Iron Fist is the only thing that will allow The Hand to open the seal in front of him. It’s made clear that this seal is literally the only thing between the Hand’s planned destruction of New York, and the safety of it. And so what does Danny do? After learning all this and refusing to help Elektra, he instantly gets into a fight RIGHT NEXT to the seal, and lights up his Iron Fist like a frigging Christmas tree. The inevitable happens, and he’s tricked into doing the one thing he swore he wouldn’t: opening the seal.

I mean, what did he think would happen?! That he would suddenly gain the ability to defeat the supernatural ninja that very recently kicked his ass and those of several of his mates? All of whom had recently beaten him up? All he had to do was not ignite the Iron Fist – something he has trouble doing at the best of times – and he couldn’t even manage that. Stick was right. He is the dumbest Iron Fist yet. There is absolutely no excusing this mistake.

Indeed, I’m wondering if Danny’s even going to be the guy who defeats The Hand at this point. Alexandra’s already dead, with Gao assuring us her power and influence died with her. Elektra doesn’t care about the system she inherited, nor of the eternal war between good and evil – she just wants immortality. It sounds to me like The Hand is on thin ice as it is. What’s left for Danny to do? Bring down Midland Circle? Who even knows.

Anyway. At least the reveal of what was behind that doorway was actually quite cool! There’s a Dragon under New York! Is it Fin Fang Foom? Probably not. But any dragon is going to be better than no dragon. The lead-in might have been deliberately pedestrian, but those final seconds promise some mysticism the likes of which we can’t fail to get excited about. Again, geeky references are super-thin on the ground, but there’s a reference to DA Tower, who we’ve already seen in Daredevil S2 (first appearance: Daredevil #124 (1975). Misty also references Luke’s past as a cop, which I don’t think has come up much at all in any capacity.

I’m trying not to get too excited about the hints that people are figuring out Matt’s connection to “the Devil of Hell’s Kitchen” too. The Daredevil story “Out”, in which a newspaper reveal’s Matt’s identity, is one of my favourites, not least because it established a new status quo for the character where he was widely understood by the public to be Daredevil, but never acknowledged it. You can catch that in Daredevil vol. 2, #32–40 (2003).

Again, I think that’s everything. I’m trying to think of whether Elektra and Iron Fist have fought in the comics and I’m coming up blank.