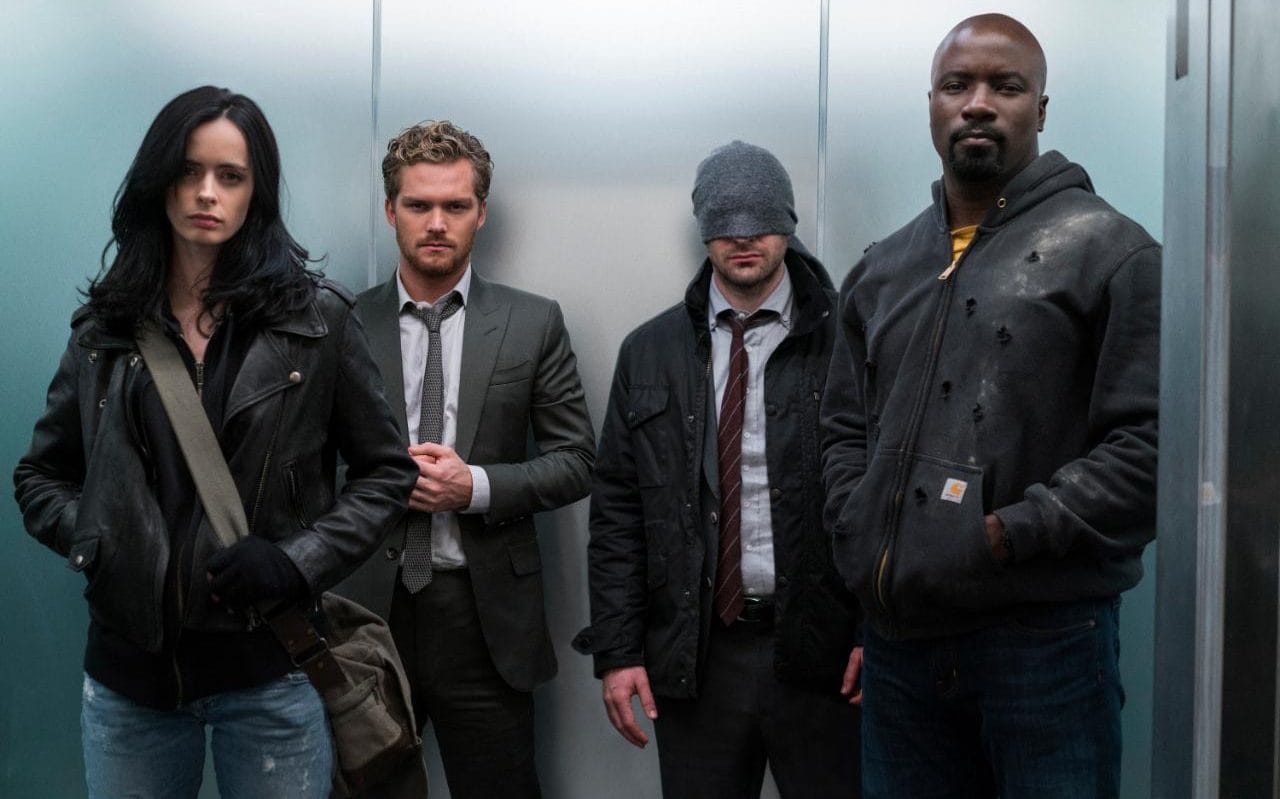 Here's our review and notes on Marvel's Defenders episode 3. Spoilers ahead…

So we finally get a look at how Elektra came back from the dead, and it’s fairly grim in addition to being quite slippery. Alexandra is clearly incredibly jazzed to see her in a way that seems a lot more intimate than familial, and that makes me wonder if Elektra’s purpose is less about being a weapon and more about being a vessel for the Hand’s dying leader. It’s suspicious that Alexandra is intent on keeping Elektra from regaining her memories though – is she just trying to keep her from leaving, or is she trying to make sure there’s room in there for herself? I do, of course, speculate wildly. But what else am I here for?

Beyond that, I really enjoyed Alexandra’s scenes with Stick, not just because Stick is great (and hey, he cuts off his frickin’ hand to demonstrate it) but because we finally get a bunch of mythos stuff explored. For example, in the Netflix MCU, The Chaste (and Stick) are servants of K’un L’un, which means that Daredevil and Iron Fist weren’t just fighting a common enemy in the Hand, they’re fighting on the same team in a very literal sense.

Personally I don’t think Stick’s going to make it out of this series alive, which is upsetting but them’s the breaks when you’re an ancient ninja who has enough knowledge to make things easy. He’s also one of the few characters whose death would have a lot of impact on both sides of the fight – to Danny and Matt, and Elektra and Alexandra. So consider this advance notice. He is, after all, dead in the comics. (Er, most of the time.)

Also – ALSO – this episode FINALLY gives us the scene that should’ve been in episode one where Claire Temple just straight up puts two of her superhero buddies in touch. Luke Cage reacts completely reasonably in the face of all the madness he’s told, but beyond that the relationship he develops with Danny is actually quite good fun – not least his completely reasonable point that if Danny IS the Iron Fist, a mystical weapon with a higher calling AND a billionaire, maybe he should stop beating up poor kids and tackle some actual problems with his money instead.

Jessica investigating the architecture and design company was also hilarious stuff, and having watched her performance in sadly-cancelled sitcom Don’t Trust the B in Apartment 23 since I first watched Jessica Jones, I’m suddenly a lot more switched on to Krysten Ritter’s impeccably comedic mannerisms. Indeed, Ritter is MUCH funnier than Jessica allows her to be, and when the plotting’s so slow you really need to enjoy spending time with these guys. Anything that gives her the chance to be funny is worth having in there, so I don’t even mind the fact that Jessica Jones is apparently a lot better at impersonating people than a burnt-out alcoholic PI should be.

EVEN Danny gets a good scene in this episode, where he turns up at the offices of Midland Circle to deliver Alexandra the meeting of her life. It’s a little convenient that all four characters manage to randomly show up at the Hand’s corporate headquarters at the same time, but frankly after almost three full episodes of tease and denial, I’m just glad to see everyone in the same room together. It’s also the first time we get a fight scene that really gets you cheering at the screen, even if it IS the one that got heavily trailed before the series aired. Though it’s a little embarrassing for Iron Fist that he’s not even the best martial artist in New York, let alone the world. K’un L’un must’ve let its standards really slip while they were out of contact with the rest of the planet. Again, easter eggs and references aren’t a big deal in this episode, but there are some:

Elektra’s resurrection sees her wrapped in red bandages, which is not unlike her comics outfit, which has been understandably reworked for the screen incarnation so that it resembles something a little more like actual clothes. I’m not a big fan of the comics costume in particular, but seeing a nod to it was fun.

Elektra also pauses just next to a pair of sais when she’s choosing her weapons, which is an obvious hint that she’s not quite the empty vessel Alexandra’s trying to convince her she is. I’ve actually forgotten how she dies in Daredevil S2, but typically it’s getting stabbed by her own sais so I wouldn’t be surprised if that’s what she’s remembering.

And finally, just after Jessica leaves the house of the sadly-depleted Raymond family, you can spot the now-familiar image of Stan Lee the dangerously old New York City cop on an advertising board. Everyone down your drinks now.

Anyway, the team’s FINALLY together. Let’s see some defending!