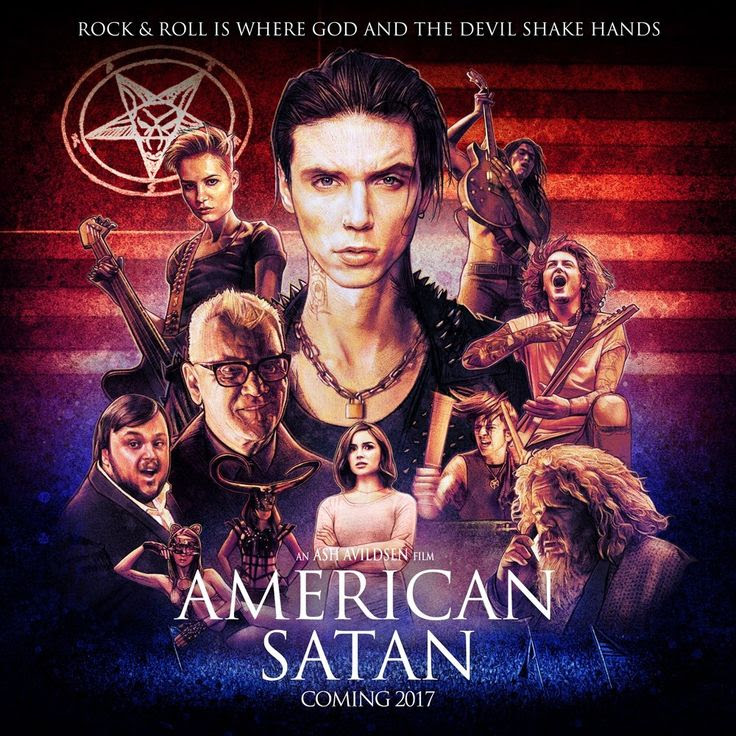 The Illuminati, where would pop music be without it? Ever since legendary blues sacrifice Robert Johnson sold his soul to the devil for better chops on those Crossroads, rock and roll has had a hellhound on its tale. The Beatles may have been taller than pretty much anything, or they may have been invented at the Tavistock Institute for wayward lyricists, but Jay Z, Madonna, Rihanna and former Christian singer Katy Perry tease the same in-jokes to this day. The new American Satan trailer is here to set the record straight, and the humble narrator of A Clockwork Orange is hungry for new talent. “Set in the land of dreams, American Satan tells the story of a young rock band, half from England half from the US, who move to the Sunset Strip to chase their music dreams,” reads the official synopsis.

“Living in a van, their passion and talent exceed their means to survive when an enigmatic stranger (Malcolm McDowell) preys on the emotional turmoil lead singer Johnny Faust (Andy Biersack) finds himself in turmoil after learning of his mother’s (Denise Richards) illness.  Manipulating this time of weakness for the band, he offers them a deal that will set them on a path of fame, fortune, and ultimately dark destruction. Caught in the middle of a pact with the devil himself, their music and controversial altercations end up influencing society beyond anything this century has seen.”

Avildsen is the founder and CEO of Sumerian Records & Sumerian Films, and obviously loves music and mythology. The trailer even has Larry King, looking like George Burns in Oh God! to remind us of the promise of everlasting life in a devil-may-care world.

Here is the trailer: