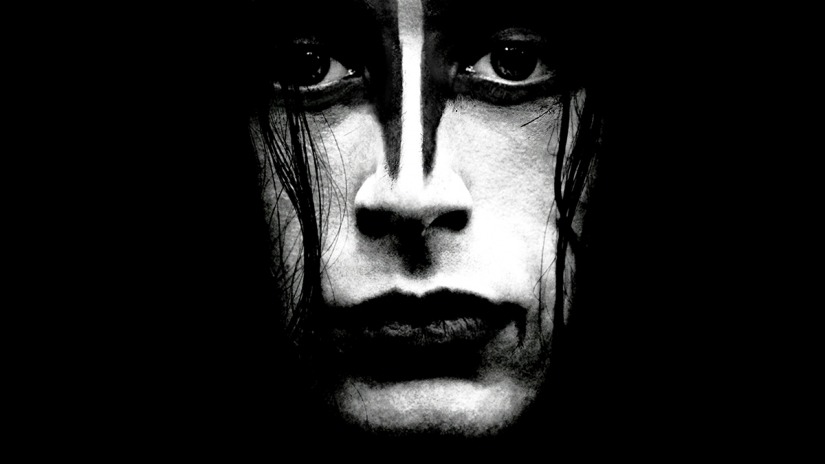 Warning: this review contains some spoilers for Lords Of Chaos and discusses possibly triggering subject matter.

Norwegian Black Metal, friendship, murder and the sheer joys of shouting “Haaaaiiiilllll saaaaaattttaaaann” at unsuspecting passersby are at the heart of Lords Of Chaos, a highly unusual true-crime biopic wearing the satanic garb of a horror movie. Far funnier than you’d expect, it’s the incredible true story of the band Mayhem, created by a guy calling himself Euronymous, in Oslo in the 1980s and how his hubris and desire to generate a mythology around the band led to super dark times for all involved.

Directed by Swede Jonas Åkerlund, who made Netflix’s recent disappointing crime thriller Polar and is best known for making music videos (he did Madonna’s Ray Of Light), it’s a comedy and a tragedy that expertly captures a particular era in Norway and also in the music scene. You don’t have to be a fan of (or indeed even like) metal music to enjoy Lords Of Chaos, more it’s a character piece, a portrait of a piece of history and an incredible story told in a highly inventive way.

Rory Culkin plays Euronymous, a guitarist who sets up the first ever black metal band in Norway called Mayhem. When the lead singer departs, Euronymous hunts for a replacement and settles on a guy who calls himself ‘Dead’, attracted not just by Dead’s vocals but by Dead’s true commitment to maintaining a metal lifestyle – he sends the band a dead rat with his audition tape, is a serious self-harmer and is obsessed with his own death. Despite this, Dead and Euronymous form a friendship of sorts, though it’s clear that as well as being So Metal, Dead is also profoundly depressed.

Though Lords Of Chaos manages to balance a tone of tension, humour and affection for its strange subjects, there’s a least one moment that does veer into pure horror territory. Reports of faintings at screenings aren’t exaggerations and you may find yourself covering your eyes at one particularly graphic sequence; we should warn you that this is also a potentially upsetting and triggering scene – we don’t want to spoil it with specifics but if you’re worried, read around.

Despite this, Lords Of Chaos is actually reminiscent of What We Do In The Shadows at the start at least, as the band live in a farmhouse together, paint their faces, make loud music and bicker while they try to grow their brand. It’s sweet and mostly harmless until new band member ‘Varg’ (Emory Cohen) is recruited.

A non-drinking former Christian who takes Euronymous’s spurious posturing and preaching about Satanism dead seriously, Varg is on another level. As competitiveness between the two escalates, things get more and more out of hand. Churches are burned, the ‘black circle’ of committed Satanists is created and people get killed.

There’s a centre-piece moment in the film that captures the spirit of the movie brilliantly. Varg, determined to prove he’s for real, sets up an interview with a newspaper reporter. Perched on a black-draped throne, surrounded by pagan but also Nazi memorabilia, he awaits the arrival of the journalist. After a hilarious bit of business with their shoes, the reporter and his photographer arrive and not only discredit and ridicule Varg’s half-baked beliefs but also trick him into admitting several crimes and take a photo of him promising his face won’t be visible (it clearly is) within minutes of meeting him. It’s a sharp reminder that Mayhem are really just a bunch of stupid kids. As the reporters conclude straight after: “That guy’s a fucking idiot.”

But a dangerous idiot nonetheless.

Opting to try to understand rather than damn its protagonists, faux Satanism and all, Lords Of Chaos is an incredible story, boldly told, that’s likely to appeal to fans of movies such as American Animals and The Imposter as well as anyone interested in the birth of a bizarre underground musical movement. And Culkin is terrific, a pompous spin-doctor who doesn’t know what he’s dealing with, whom you genuinely sympathise with by the movie’s shocking close. An unusual take on the biopic (especially one ostensibly about devil worship and murder), if there’s any justice, Åkerlund’s movie will have the luck of the devil and join the ranks of some of the most celebrated music – and true crime – movies to date.

Lords Of Chaos opens in UK cinemas on 29 March.