Lord Of The Rings films, and discovering Middle Earth 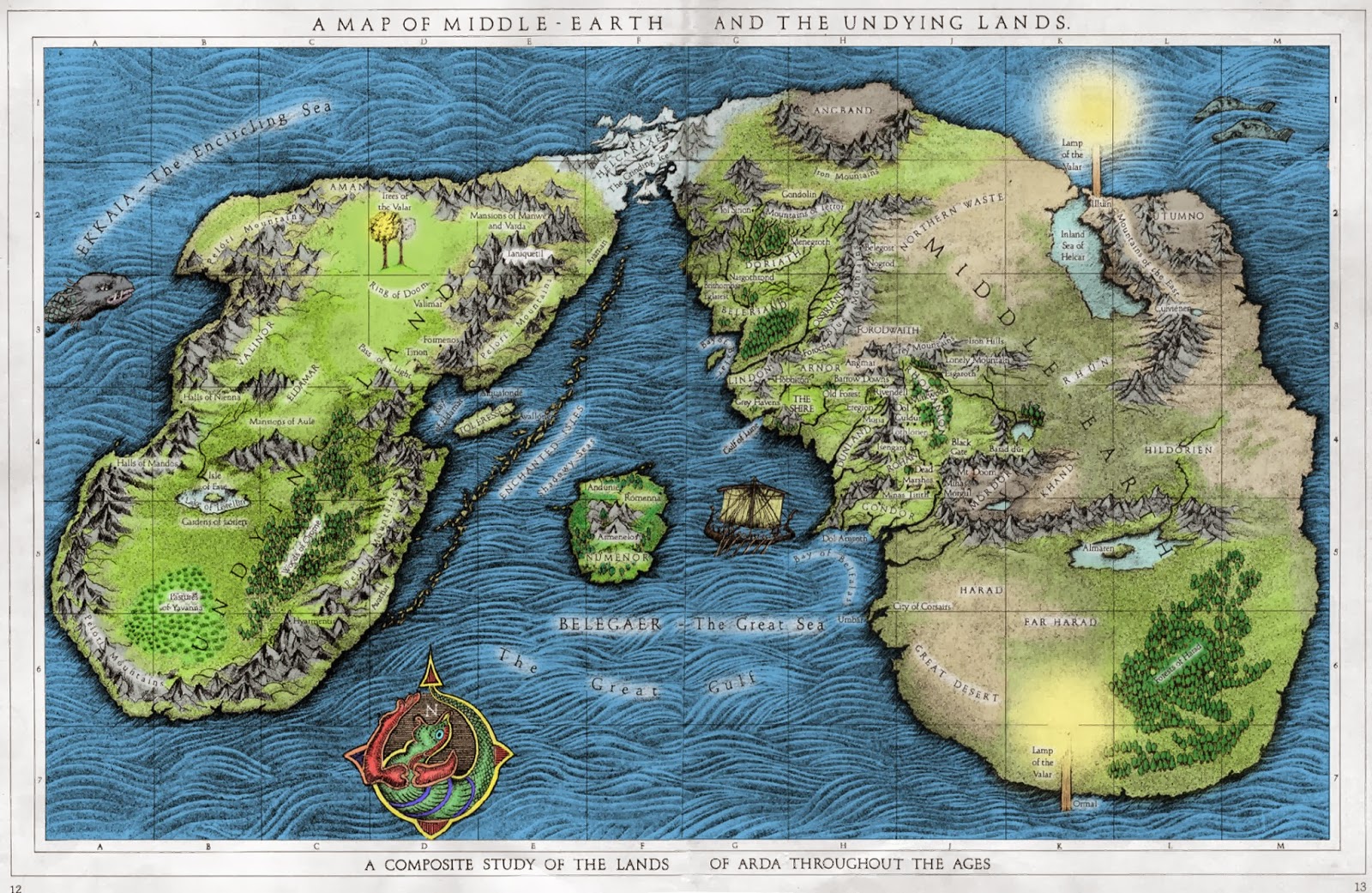 With a new TV show on the horizon, why Lord Of The Rings remains so special to Andrew, and how his perspective has changed…

This article contains spoilers for Lord Of The Rings, The Hobbit, and The Silmarillion.

I’d been introduced to Tolkien through The Hobbit, my Grandad’s hardback edition with the lovely blue, black and green illustrations on the cover, followed by the infamously long (physically as well as temporally) BBC radio adaptations of The Hobbit and Lord Of The Rings, which were brought on long car journeys to take the edge off the M6. When I was six my parents recorded the 1978 Ralph Bakshi animated version of Lord Of The Rings off the telly, and due to the volume of rewatching I specifically remember the white box with a rainbow coloured motif on the front (I fully expect someone to be able to tell me which brand this was in the comments, or else what is this website even for?).

Time passed, because Big Ben worked in those days.

In 2001 I went to watch Fellowship Of The Ring with a group of relatively new friends. We’d watch a lot of films together at the Renfield Street Odeon (now closed and demolished). I was sixteen, and considered Lord Of The Rings a childish thing that had been put away (alongside Doctor Who, Gerry Anderson, and wearing bright colours). I went into the cinema with no knowledge of the production and no great expectations. Eleven years later, then, I went into The Hobbit: An Unexpected Journey with great expectations. It was more Lord Of The Rings. Lord Of The Rings was so good they had to release longer versions of it just to cram in the extra bounty, plus this had Sylvester McCoy in it, and was going to be filmed in such high definition that each frame (cinema is a series of still images put together to create the illusion of movement) was going to be etched into your very living cortex.

It was clearly going to be amazing.

Then, given the films that followed, we went to the cinema more in hope than expectation. It was like seeing a dog you remember as a puppy as its eyes start to cloud over. However, my wee cousin loves these films, especially Battle Of The Five Armies. They’re his introduction into this series, not Lord Of The Rings (of which he’s only seen pieces of Fellowship), so he never had the same sense of anticipation or the original trilogy to measure it against. I did not yell ‘Alfrid makes Grima Wormtongue look like fucking Shaft’ at him, because I didn’t want to destroy his enjoyment of the movies and also because the line didn’t occur to me until about two months later. He may change his mind in time anyway. Despite rewatching it frequently in the 90s, the Ralph Bakshi film wasn’t as satisfying on a recent viewing.

Due to the inevitable march of entropy, and the constant need to distract ourselves from the existential void clawing at our minds, we change. We gain new information. Every time you watch a film is different. The setting, the company, the anticipation, it’s slightly altered by the way you’re watching. So, having become familiar with other adaptations, the Bakshi film didn’t inspire as much awe, the characters seemed less well defined, it’s less indefinably special. Much like The Hobbit trilogy really.

If I’m not exactly enthusiastic about The Hobbit movies, I am enthusiastic about watching the extended DVD editions, primarily because the Lord Of The Rings ones are a go-to happy place. They give you a whole new appreciation, a whole new context. The making of features are so thorough that you are reminded of the effort that went into making these movies, that people busted a gut making them. Getting a glimpse of the difficulties of making a movie gives you a context to why it might be flawed. As the extras mention the appendices of the books, and reference Tolkien’s other works, it seemed like a sensible idea to delve into these. This too changes the way you look at the adaptations. Bakshi, Brian Sibley and Michael Bakewell’s Radio 4 adaptation, and the Jackson movies all deserve praise for the way they edit and change the source material (and in time, the new Amazon TV show will too). Under time and budget constraints, they have to get to the point, whereas the text is a lot more leisurely in doing so.

On a less technical note, reading The Silmarillion changes the tone of the other books. If you’re wary of such a tome, might I recommend the audiobook read by Judge John Deed himself, Martin Shaw (though I would also like a version read in character as Howard Moon by Julian Barratt)?

It brings out the nods and references in Jackson’s films, but also casts the War of the Rings in a different light, as indeed was Tolkien’s intention. In giving the history of Middle Earth and placing the War of the Rings in the context of magic leaving the world, the entire story takes on a more melancholy air. It could be read more pessimistically, given the sheer abundance of hubris in The Silmarillion and the suggestion within Tolkien’s creation myth that the universe is fundamentally flawed.

This is the thing with films and stories from your childhood, as an adult the context has changed. You know more, you relate to different aspects, you question things differently, you write articles about these many questions, like playing tig but human contact is existential miasma.