Limitations of the modern movie trailer 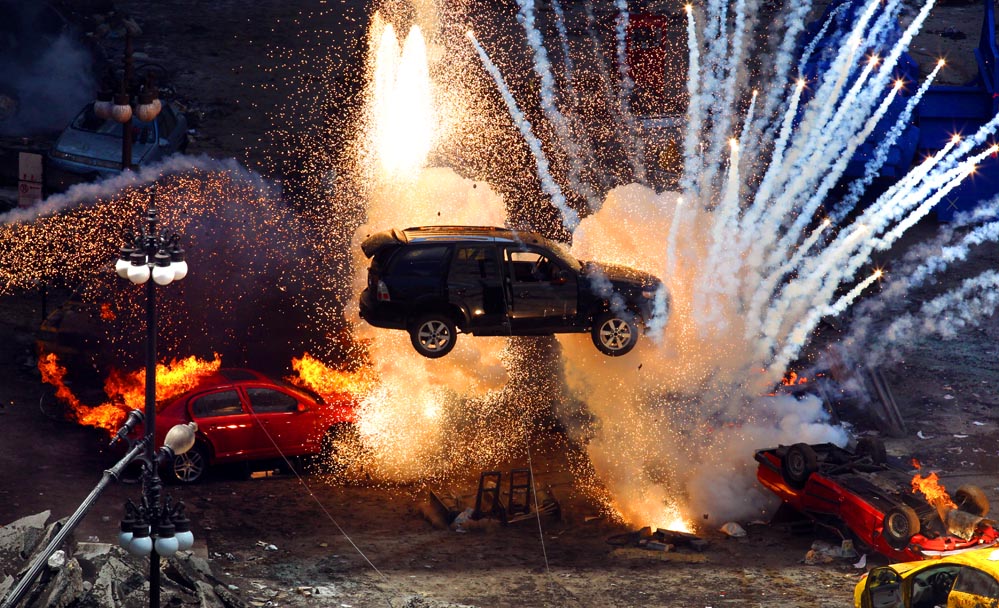 Film trailers have to be loud, aggressive and exciting. But what if the movie itself is neither?

By now, the conventions of the modern movie trailer – all rapid-fire editing, loud whooshing and parping noises and ominous portent – have become as established as the oft-lampooned ones we used to get back in the 1980s. The ones that always began, “He was a man on the edge…”, or “In a world…”, or a variant thereof.

In fact, trailers for mainstream movies are now so standardised and formulaic that Red Letter Media was able to put together an eight-minute video made of nothing but cliched shots from blockbuster movie promos, and it looked almost indistinguishable from the real thing.

In the 21st century, film trailers aren’t just selling tools anymore. They’ve become weaponised – they’re the cruise missiles in the studios’ bitter war for movie-goers’ hearts and minds. The price of making movies – and for seeing the movies in theatres, for that matter – has soared. Movies have to compete with other forms of entertainment now, and time-stealing apps like Twitter, that can keep us occupied for hours without us having to spend a penny. As a result, trailer makers have begun to take a blitzkrieg, sensory-assaulting approach to advertising: forget all the other movies. Forget what Kim Kardashian’s just put on Instagram. Buy a ticket for our film and you’ll never be the same again. Give us two hours and twenty minutes, and we’ll destroy the world.

It’s a bit like that early scene in the 1988 festive classic, Scrooged, where Bill Murray’s spiteful, petty TV exec screams at his underlings for the touchy-feely commercial they’ve put together for a Christmas television special.

“That isn’t good enough!” Murray roars. “They’ve gotta be so scared to miss it! Terrified!”

There are, however, problems with this approach. The first is that, if every movie trailer looks like a cross between a raging inferno and a slideshow produced by Jerry Bruckheimer, the task of sitting through a string of them can have a numbing effect. The second is that movies don’t always conform to this one-size-fits-all approach to advertising.

One recent, somewhat amusing example is the trailer for Joe Wright’s forthcoming film, Darkest Hour. It stars Gary Oldman, heavily made up and puffing on a cigar, as British prime minister Winston Churchill; it’s a period piece, of course, about our country’s fortitude in the midst of war. The way the trailer’s cut together, though, and you’d think Darkest Hour was the world’s first superhero movie about a middle-aged politician. The smoky, sepia-tinted cinematography of a Great British biopic like The King’s Speech is present and correct, but it also adds a dramatic ticking sound, explosions, a bit where everything goes quiet, and an awful lot of shouting. This is Oscar-bait, and it’s going to punch you in the face.

In other instances, shredding up a film into thousands of fast cuts and crashing noises can distance would-be movie-goers from a trailer’s subject. In the run up to Blade Runner 2049’s release, several friends of your humble writer expressed their caution at watching director Denis Villeneuve’s sequel; looking at the trailer, they said, it just looked like a generic sci-fi movie.

It’s only in the cinema that Blade Runner 2049’s atmosphere and tone can really be appreciated – not just because of the big screen and speakers, but because of the rhythm of Villeneuve’s filmmaking. The Canadian director favours long takes where the camera slowly pushes in on its subject; Blade Runner 2049’s one of those films that slowly envelops the screening room with its melancholy aura. Little wonder, then, that when attempts were made to chop Roger Deakins’ beautiful shots up into half-second bursts, much of that deliciously bleak atmosphere got mislaid.

Blade Runner 2049’s somewhat disappointing performance in cinemas is down to a far more complex array of factors than its trailer, of course. But the promo at least stands as a reminder of how narrow the confines of a ‘blockbuster’ movie – or at any rate, how it’s marketed – have become. There may be a good reason why low-to-mid budget horror movies like Get Out and It have done so well in recent years: their jolts of fear translate well to film trailers. While it helps that the movies themselves – particularly the wonderful Get Out – are extremely good, their style lends themselves well to the brutal fight for audience attention in modern film promotion. Other genres that have less in the way of ‘trailer moments’ – dramas, biopics and so forth – will always struggle compared to one filled with cities exploding and superheroes soaring through the sky.

The phenomenon of the noisy, hectoring film trailer is, in many ways, an offshoot of the cinema climate itself. To hook in mass audiences increasingly reluctant to leave their houses in order to be entertained, movies can’t be movies anymore – they have to be events. And if a movie has to feel special – as huge and important as the planets aligning, or the discovery of Atlantis – then the trailers have to feel like events in themselves. That’s fine if you’re Star Wars or The Avengers. If you’re an off-the-wall, ambient sci-fi movie or, trickier still, a prestige drama about, then you’d better find at least a few shots that look exciting and earth-shattering.

In an oddly poignant interview with critic Danny Leigh for the Financial Times, David Fincher recently mused on the current climate in mainstream cinema.

“For 25 years, cinema has been distilling down to this thing we have now,” Fincher said. “‘We know what you want. You want a lot of movement, a lot of colour, objects twisting and flaming through space. You want to see people fall and catch hands at the last minute and dangle over the lava.’ There’s been this balsamic reduction of that into exactly what will justify you spending 14 bucks.” That balsamic reduction, as Fincher nicely puts it, means that a slow-burn serial killer drama like Mindhunter winds up not as a movie, but as a series on Netflix. Multiplexes have increasingly become the reserve of the big and the brash, and as Hollywood has continued to perfect its balsamic reduction, the movies themselves have begun to feel like trailers on occasion: Michael Bay’s Transformers films look like violent YouTube clips stitched together. There were rumours last year that Suicide Squad was hastily re-edited by a trailer production company to make it look and sound more like its popular advertising material.

This year’s Transformers: The Last Knight, King Arthur: Legend Of The Sword and the Mummy reboot all under-performed to some degree or other this year, which might imply that audiences might be looking for more than aggressive spectacle from their movies. The problem, for Hollywood’s studios, is trying to figure out exactly what audiences do want. Will they keep turning up for big and brash movies, or will they just give up on cinemas altogether, and watch everything at home? The latter thought is probably too horrifying for some executives to countenance.

For now, studios will keep on plying us with the same teacup-rattling films – and, by extension, their sensory-overload trailers.