Let’s get our Geek on 🤓 by Christina Taljard 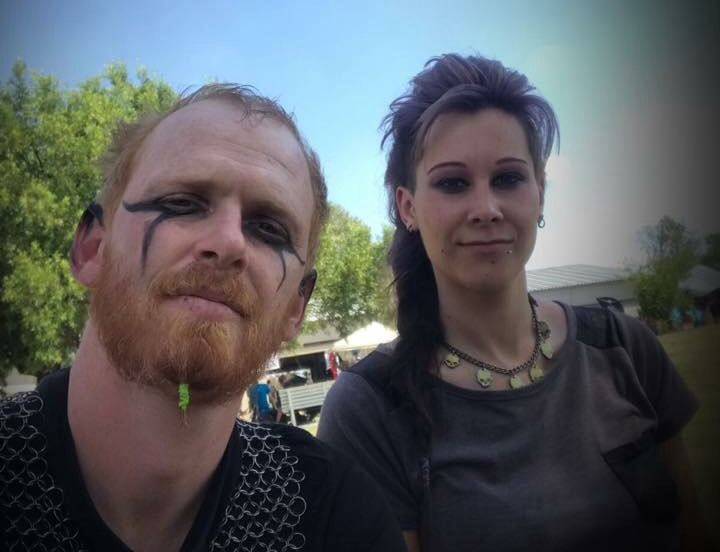 Being a geek is all about, never having to play it cool about how much you like something

It’s kinda like a license to proudly act on a somewhat childish level rather than behave like a proper adult.😝

As a Geek I wear t-shirts with my favorite characters/ super heroes printed on it, and I get exited when I get the opportunity to dress up as my favorite characters for 👻 Halloween, party’s and conventions. Why?, because us Geeks see these characters as our mentors/ roll models, it makes us feel brave and fearless, not having a worry in the world.

Being a geek used to draw up images of social awkwardness, I used to stay in a lot, playing my favorite 👾 PC games ( Don’t starve and Alice madness return) or watch Si-Fi and fantasy movies. 🎬

Geeks have less than active personalities. I never liked sport, But that’s not the case anymore. As I grow up I found that there is a lot of “sports ” or better said games to play that’s similar to PC games 🎮, but it is more physical and outdoorsy. For example, paint ball, escape rooms, laser tag etc.

Nowadays we are the kings 👑 and queens of our word, having technology at our fingertips, and this is what we do best ” go geeks 👓”,  we organize geek events like the Alter Ego fairs to come together , to get our geek on, to have fun and feel free with our fellow geeks. 🤓

The best day of my geek life was my fantasy wedding day 💍. Me and my husband had a themed wedding “Alice in wonderland”. It’s felt like we played in a movie, playing in slow motion and I was Alice and my husband was the mad hatter 🎩. We had it all, red carpet leading too the entrance of the church , teapots everywhere, drink me and eat me snakes and off course the dress with a tiara. You can’t get more geeky then having a Disney themed wedding 🦄.

In view of my geek story told above, one can conclude that despite  geeks being generally unpopular, a bit weird and goof, we are awesome in our own unique way. For instance, when we lan the whole weekend with a few friends in our rooms and drinking energy drinks to stay awake 👾 , read Comic Books for bed time stories, being on the Internet Google-ing dude Awesome videos and etc. A geek does not have to be smart, a Geek just need to be themselves. 🤓

The truth is, all of us are geeks on some level, about something. 🏆

Being a geek 🤓 is finally becoming cool 😎.