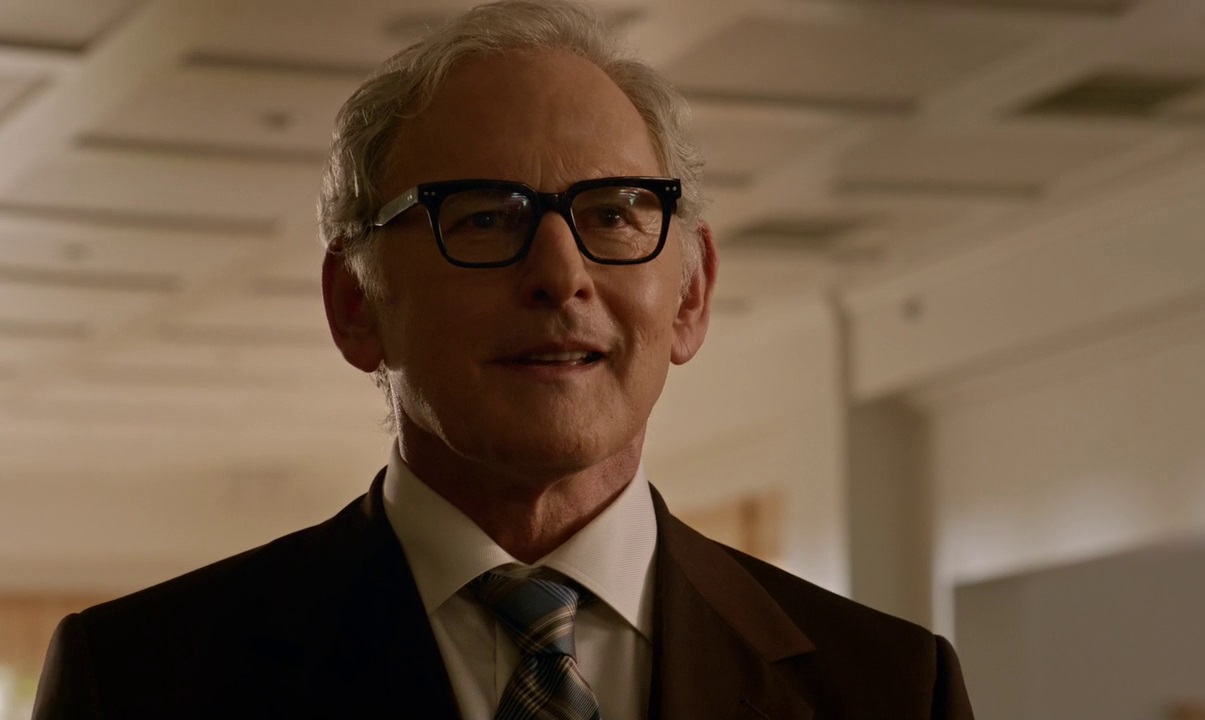 Victor Garber chats all things Legends Of Tomorrow, from The Banana Boat Song to The Time Bureau…

Victor Garber has been playing the science wiz Martin Stein since The Flash season 1. The bespectacled brainbox will next be seen in Legends Of Tomorrow season 3, continuing to come to grips with the sudden existence of his daughter, working with the Waverider crew to fix season 2’s damage to the timeline, and periodically merging with Franz Drameh’s Jax to become the fusion-powered superhero Firestorm.

Season 3 of Legends will also see Garber reuniting with his Titanic co-star Billy Zane, twenty years after James Cameron’s boat-based blockbuster. We didn’t quite have time to mention that, though, in the brisk ten-minute phone chat you’re about to read… The last time we spoke, you mentioned that it’s hard sometimes to keep up with all the sci-fi time travel stuff. Back then we were talking about Jax going back in time to give Martin permission to drug him in the pilot episode. I was just wondering, now that the Legends have broken the timeline, does it get even harder to make sense of everything?

Yes, thanks for asking. [Laughs] It does. I’m completely confused. I still rely a lot on Franz, to tell me where we are and what’s happening. Um, but, you know, I’ve never been very good with time anyway. And also, it’s incredibly challenging and fun to play, but yes… I’m still… what’s the word? Kind of inept. But as long as I can act like I know what I’m saying, I’m okay.

That’s good. Last season, the main thing for Martin was that Lily [his daughter] came into existence. Did the chemistry come easy for you with Christina Brucato? I think you two made a great on screen pairing.

You know, I have to say, I think I’ve been very fortunate with the people – like Christina, and with Franz, who obviously was a different person than I’d worked with before. When they told me they were going to introduce my daughter, I was excited about it because I thought, emotionally, it’s something I can relate to and understand. And as an actor, that’s what you always hope for.

And I was nervous, the first day, because I didn’t know her at all. And the minute we acted together, I thought, ‘this girl, she’s sublime. She’s so talented, and so game, and so much fun. So there was an instant rapport, and I would like more and more scenes with her. And hopefully I will have. I think she’s a great addition. What was it like playing those scenes where Lily knows loads of stuff that Martin doesn’t? That’s kind of a strange dynamic to work on.

Well, it was great, because as an actor you always look – or I always look – to be surprised and challenged. And it was very easy in a way, to play those scenes, because he clearly was flummoxed. And he’s not used to that. Martin likes to think of himself as a really, sort of, you know, father figure, and knowing everything. And of course he doesn’t. That’s the fun of the character, I think.

Definitely. I’ve heard that when season 3 starts, the team is disbanded around the globe and Martin is at home. I imagine it must be hard to tempt him out of there this time? To get him back on the Waverider?

Yeah. It’s was fun, actually. Because when I read the first episode, I thought ‘How are they gonna wangle this?’ I think it’s really quite well done, and I hope that the audience will be happy with it. I know I think this season, so far, to me, feels like we’ve taken another step. I mean, you never know of course. It’s all in the hands of the viewers and the fans, but I think we’re in really good shape this season, and I think it’s gonna be a really good one.

Brilliant. I looking forward to seeing how it comes together, because there must be a part of Martin that wants to stay home and knuckle down and make up for the lost time.

It’s interesting, I mean, that is the dilemma for Martin in season 3. It’s exactly that. Um, so you’re right.

Do you think the dynamic with Jax is going to change because of that? He’s kind of been almost this surrogate son that Martin’s had, and now he’s got –

Have you read these scripts? [Laughs] Are you one of those people that have hacked in?

Because yes, that’s exactly part of what’s going on right now, is that dynamic is definitely being challenged. And it’s providing, I think, some nice conflicts. With every new season of Legends, we get a brand new status quo at the start. And this year, Rip Hunter has gone off and made this new Time Bureau team who look very official and quite FBI-like. How does Martin take to that? I don’t know whether to call them rivals.

Yes, well, they’re competition, in an odd way. Because they’re awfully organised, as we know the Legends aren’t. And I think that provides some of the fun, and some of the drama in season 3 is figuring out how we’re going to prove to them that we can do the job, and do it as well or better than they can. So there’s a lot of that going on. And, you know, Martin’s suddenly thinking ‘Gee, maybe they do know more than we do.’ So there’s a lot of that going on.

One thing I loved last year is that they gave you a couple of opportunities to use your singing skills. What was it like filming that Flash, Supergirl, Legends musical episode with Jesse Martin and John Barrowman? Because that performance from the three of you was a real showstopper, I thought.

Oh how nice, thank you. I will tell you it was one of the highlights for me. Because I’ve known Jesse Martin since he starred in Rent on Broadway, and we’ve been friendly since then. And I just have such admiration for both of those actors, and Blake Neely, who is the musical arranger, is a good friend of mine also. The song is one of my favourite songs and also one of Greg Berlanti’s favourite songs, and we had discussed that at dinner once, so when it came up I wasn’t surprised.

Even though there was really no reason for Martin Stein to be in that scene, like a gangster. An unnamed gangster. It was hilarious. I kept saying to Jesse “Why am I here now exactly? Oh right, to sing. Good.” Because it was kind of a funny thing, but I loved every minute of it. And I don’t watch myself, I don’t watch the show, but I happened to see that episode. It was on that night when I was at home in New York, and I actually just watched it from beginning to end and was completely taken with it. I was so happy, and very proud to be a part of it.

On a related note to singing, one of my favourite moments from Legends season 2 – totally unexpected – is when Martin gets up in the NASA base and sings The Banana Boat Song.

What was your reaction when you first heard that you were gonna have to do that?

I was kind of angry, and I thought ‘They’re kidding? I don’t know how to do this. And what am I gonna do?’ And then, like everything, you know, I sat, I thought about it. And I thought ‘Well, I’ll just have to do this unapologetically… It’s a legitimate distraction, that I’m required to do, and I’m going to distract.’ So that’s exactly what I did. I had no idea what was gonna happen. Honestly.

I said to the director, I said “Get four cameras on me and let’s hope for the best. I don’t know what’s gonna happen.” And I said “I can only do this about three times, so you’d better figure out how you’re gonna shoot it.” And we did, you know, it worked out. And people really do love that moment, and I was honestly more relieved than anything.

Victor Garber, thank you very much!

DC’s Legends Of Tomorrow is out now on Blu-ray™ and DVD. Season 3 starts on The CW on October 10th.