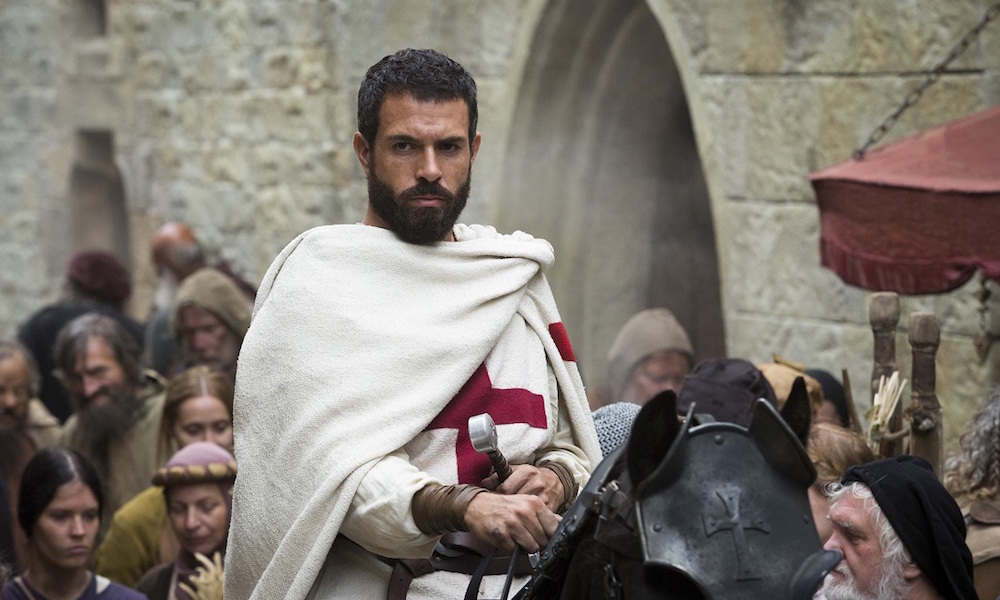 A new crusades-era drama on the History Channel is ready to roll out, and we've now got a big trailer and a confirmed air date for the show.

Following in the tradition of its highly successful period drama, Vikings, the History Channel is all set to introduce another historical fiction series to the world. Entitled Knightfall, it aims to capture the political intrigue of the Crusades and the Knights Templar, who sought the holy grail during the Middle Ages.

We now have a proper, full trailer for the series. It gives viewers a good idea of how broadly Knightfall intends to explore the world of 1306….

The first trailer gave us a glimpse of the mystery surrounding the location of the holy grail and how the warriors of the Templar Order sought it against all enemies.

Knightfall will make its debut on the History Channel on December 6, 2017 at 10pm ET.

Perhaps the most notable Knightfall cast member of Knightfall is Tom Cullen of Downton Abbey fame, who plays the Templar Knight Landry, fervently seeking the grail. Spartacus‘ Simon Merrells plays Tancrede and The Tudors‘ Pádraic Delaney portrays a great swordsman of the Order who has been brought low by debilitating infirmity.