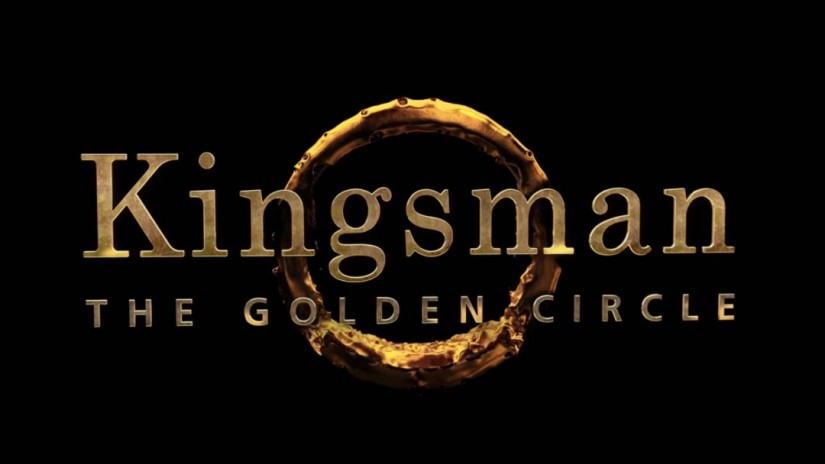 This review contains a spoiler that’s been long revealed in the promotions for the film. But if you’ve avoided the promotions, you might want to skip the review.

When Kingsman: The Secret Service exploded on to screens back in 2014 it was a bolt out of the blue, with a large part of its appeal down to originality and its ability to take conventions the spy genre possessed and turn them upside down, throwing over the top violence and a dark, yet obscene humour around with such abandon that the resulting film was a fast paced delight from start to finish.

The problem, then, was always going to be making a second film that possessed the same freshness, knowing that audiences would have certain expectations and indeed, writing a sequel review is usually a case of stating that it’s more of the same with a few tweaks here and there. However, with The Golden Circle the filmmakers are more than aware of those trappings and have chosen to subvert them, alongside their continued shredding of secret agent clichés, with the result making for a solidly entertaining film, that’s at times great, but unfortunately counter-balanced by the weight of what it’s trying to achieve.

There are so many ideas packed in to Golden Circle’s lengthy 141 minute run time that it feels like it would have been better served being split across two films, especially with a second act that, for understandable reasons, has to take its time with a very important central issue. We’ll come to that shortly.

The film opens with a fantastic car chase/fight involving director Matthew Vaughn’s usual flair for combining action with a pitch perfect soundtrack, and gives Eggsy – played again by Taron Egerton – a brutal encounter with an old nemesis that adds an immediate level of investment in the film and makes you feel right at home with the Kingsman universe again. Eggsy is also, quite unconventionally, pursuing a serious relationship with Princess Tilde (and no, there’s not a controversial follow up gag to match her statement from part one) while struggling with his dual lifestyle, calling upon help yet again from Merlin and Roxy.

It’s not long though before sinister events unfold, this time courtesy of Julianne Moore’s colourful and brilliantly Americana villain (whose cooking skills are bound to flip a few stomachs) and our protagonists find themselves crossing the Atlantic for support, where they stumble upon their American counterparts, who own a whiskey distillery and all have drink related codenames to boot. Things start quite briskly, with the exciting prospect of Channing Tatum’s agent Tequila joining the fray, especially given his grand entrance, but it’s not long before he’s shelved and things take a turn for the existentially bleak.

Harry Hart’s return comes with a story to explain just why he’s back, that I don’t want to spoil here. However, Vaughn and fellow screenwriter Jane Goldman don’t want the return of Harry to be considered too much of a cheat, so take time to draw out the process of just why and how he’s back, and invest quality time in this. But it feels like too much of a tonal shift for the Kingsman universe and weighs down the mid-section of the film quite heavily. It’s also hindered when added to a subplot involving a tracking device, that’s vulgar fun, but feels like it slows things down.

Consequently, poor Eggsy really does have too much to deal with, as he’s caught up with a sexual moral conundrum, issues with Harry, his continued bond with Merlin and is put on assignment with a Burt Reynolds-esque lothario, Whiskey (Pedro Pascal, Game Of Thrones‘ Red Viper), while having to save the day. It’s no wonder the film feels a little cluttered.

Once some of the threads have played out though, it’s back to business as usual and when The Golden Circle hits the right notes, it’s as exhilarating and joyous as you’d expect. It’s thanks in large part to Taron Egerton’s mix of vulnerability and ballsiness that make Eggsy a hero to root for, alongside the ever excellent Mark Strong, whose Merlin gets some of the films’ best moments both comically and dramatically.

On top of the opening, action scenes throughout continue to innovate and excite in a way that only Vaughn seems capable of creating and the introduction of techno-whips, fused with (at one point) a unique take on Cameo’s Word Up will have you fighting the urge to stand up in your seat and cheer our heroes on. There’s also a whole host of new gadget related joy, that won’t be spoilt here that continue to make the Kingsman universe a great place to immerse yourself in.

While Kingsman: The Golden Circle might suffer from the difficult second album syndrome, there are enough shocks and surprises to keep you invested and if not every aspect hits its mark, there’s a perfectly understandable reason as to why certain decisions were made – there’s also never going to be a way to top the original’s Firth-fuelled church bloodbath, ever.

The world building towards a third chapter is welcome, even if it hinders the progress at times and hopefully the box office will be enough to give us the concluding third chapter, as The Golden Circle provides another slice of original insanity, peppered with colourful characters, great performances and yet another soundtrack to purchase.

Kingsman: The Golden Circle is in UK cinemas from September 20th.