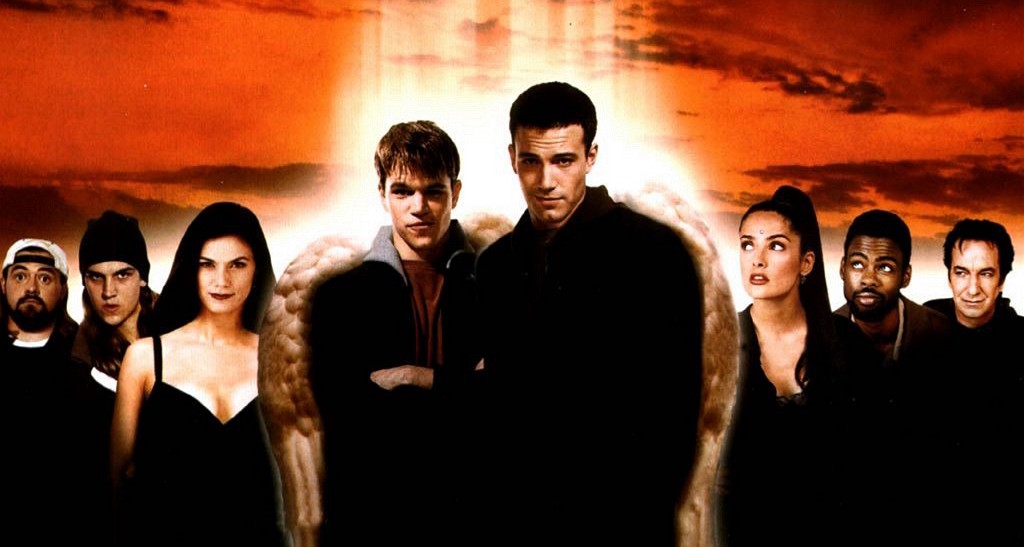 Kevin Smith revealed how he recently turned down an offer from Harvey Weinstein to make Dogma 2.

Kevin Smith and the stars of Comic Book Men are practically a New York Comic Con institution at this point. Having appeared during the first day of the con’s festivities every year since its second season, Smith, Walter Flanagan, Mike Zapcic, and the rest of the guys returned yet again for their Comic Book Men Season 7 NYCC panel.

This year, the conversation veered from the new season—which features among other things cameos by the likes of Mike Coulter, Rosario Dawson, and a strangely cuddly The Exorcist doll of Linda Blair—to the longtime Jersey history shared by the men. Yet no Kevin Smith con experience is complete without at least a solitary reference to projects the Clerks director has in the pipeline… and those he turned down. Indeed, during an illuminating exchange with a fan, Smith revealed that only a few months ago, Harvey Weinstein floated the idea of making a Dogma 2. It’s also an idea that Smith had absolutely no interest in taking part in.

During the long fan question-and-answer, one fan came up and revealed that she had been seeking to purchase a copy of Dogma on disc, yet claimed that the only copy she could find online comes at the relatively steep price of $52.

“It’s not worth it,” Smith initially deadpans to the approval of his reliable fans. He then adds, “When I want to watch Dogma, I usually go to YouTube and someone’s uploaded it there.”

But after enjoying a few laughs, Smith gives a genuine answer about how, as Dogma was produced by Harvey and Bob Weinstein back when the Hollywood gurus ran Miramax, they actually still own the rights to the picture. And it’s a movie that Smith and Weinstein are in agreement of “needing a reissue.” However, Smith also revealed he received a phone call on this subject only a few months ago from Weinstein where the producer gently suggested the idea of making a sequel.

“Harvey Weinstein and Bob Weinstein own that movie personally, and what happened is Harvey called up a few months ago and he’s like, ‘We still have Dogma,’” Smith says. The producer wanted to get Smith onboard for reissuing the movie on home media, which the latter was on board for. But then Weinstein apparently suggested, “And maybe we need to make a sequel.” But before the Comic Con crowd could get excited, Smith immediately threw cold water on the idea. “I’m like ‘Oh, no I’m not going to do a religious movie ever again.’ I mean Red State is a bit of a religious movie… so maybe I have another religious movie in me, but it won’t be a sequel to Dogma.”