Justice League was supposed to feature a Darkseid appearance 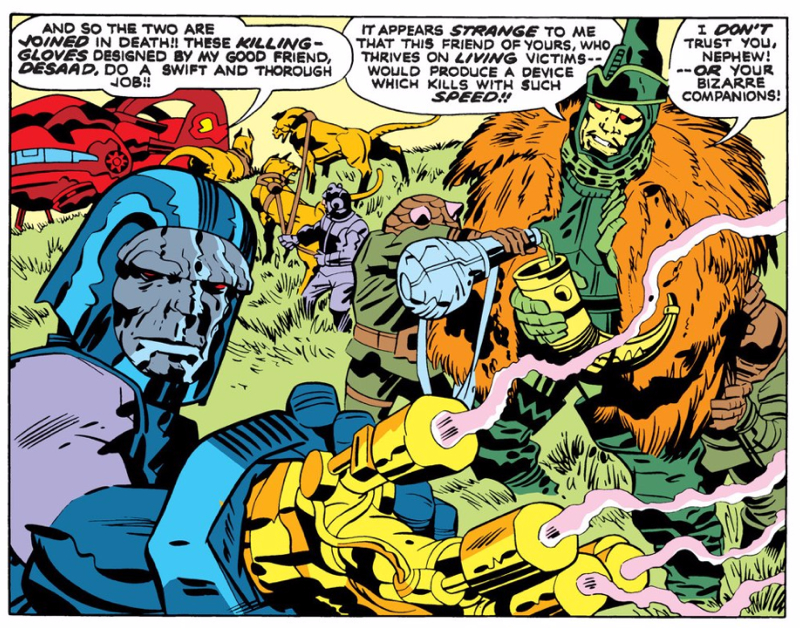 Darkseid, the biggest cosmic villain in the DC Universe, was supposed to make an appearance in the Justice League movie.

Spoilers lie ahead for Justice League

It’s been clear for quite some time that the version of Justice League that made it into cinemas went through extensive changes. Fans have devoted considerable energy to wondering how things would have turned out if its production hadn’t been so troubled, or if original director Zack Snyder had been able to complete the film, rather than have its reshoot and post production process overseen by Joss Whedon.

While there’s no shortage of moments in the trailers that didn’t appear in the film, most of those seem relatively minor in the grand scheme of things, but there’s one important character who didn’t make the cut: Darkseid.

Kevin Smith has some knowledge of moments that were supposed to be in Justice League, and may have even been filmed and included in an earlier cut of the film, and he elaborated on some of them during an installment of FatMan on Batman.

In the comics, Steppenwolf was Darkseid’s uncle (although in the movie, he is apparently his nephew, although I don’t recall that ever being explored). In the final cut of Justice League, we hear him mention Darkseid’s name a handful of times, and says something about the fact he has apparently been exiled from Apokolips for reasons unknown. But we never actually see the ruler of Apokolips in the movie, although we did see his Omega symbol in the “knightmare” sequence from Batman V Superman: Dawn Of Justice.

While Darkseid was never going to be a major part of the film, since Steppenwolf is clearly meant to just set up Jack Kirby’s Fourth World concepts for future use, we would have seen him twice in Justice League. In the first, according to Smith, “Steppenwolf tries to tempt Superman into joining his army…and we see Darkseid for the first time in Superman’s vision and we see flashes of the ‘knightmare’ footage that Batman had in Batman V Superman.” Of course, Superman doesn’t take kindly to this, and he defeats Steppenwolf as expected.

But the bigger, more important one is tied to Steppenwolf’s demise, which would have far more directly set up future DCEU movies. Instead of Steppenwolf being torn to shreds by his own Parademons, he’s sent back to Apokolips, where he is killed by Darkseid (presumably for his failure). Darkseid is intrigued by the fact that Earth has a Kryptonian hero, and states his intention to come meet him. That’s a markedly different setup than the one we got in the final post-credits scene.

Will either of these scenes make their way into a home release of Justice League? At the moment, the prospect of a full “Zack Snyder cut” seem fairly unlikely. But if nothing else, fans want to see how Darkseid would have been visualised on the screen. At this point, Warner Bros is probably saving him for a different kind of reveal down the road.