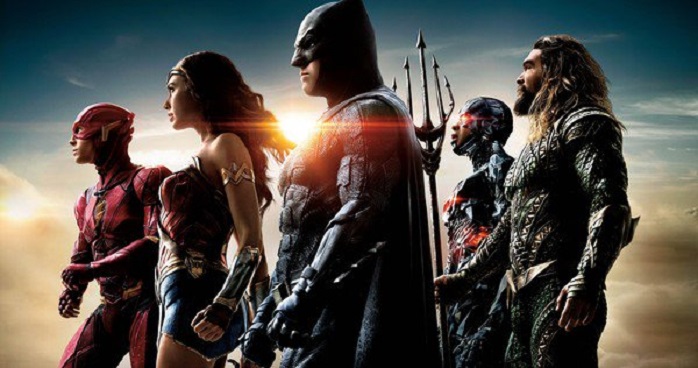 How important to the DCEU are those Justice League post credits scenes? Spoilers await…

The DCEU has deliberately avoided post-credits scenes since the dark days of Green Lantern. It’s been a smart move to keep away from one of the hallmarks of the Marvel Cinematic Universe, but with Justice League, they just couldn’t resist. They make up for lost time, too, as Justice League has not one, but two post-credits scenes. One is just for fun, but the other has larger implications for the DCEU down the line. Let’s take a look….

This is just good fun, and few things say ‘DC Universe’ quite like a friendly race between Superman and Flash. Superman and Flash have raced numerous times in the comics. While the movie doesn’t show us who wins, I’m going to give you a hint: it has to be the Flash. Flash is often the victor in Superman/Flash races in comics, if for no other reason than editorial mandate. Look at it this way, if the guy whose whole thing is that he can run really fast can’t outrun another hero, then what good is he, right? Superman has enough going for him. Let Flash have this one, OK?

The other one is a bigger deal as far as the future of the DCEU goes, though.

Lex Luthor escapes from the Argus institution he’s being held in (I don’t think that’s exactly Arkham Asylum?), in a maneuvre that reminds me a little of his Superman II fakeout. We next see him on a pleasure yacht, dressed to the nines, and awaiting the arrival of an armoured guest.

We’ve now seen the full transformation of Lex Luthor since the beginning of Batman V Superman, from corrupt but brilliant businessman/mad scientist to, well, fugitive mad scientist and potential supervillain. Hopefully future installments find ways to make him less infuriating, as well. But I digress…

The man Lex meets is Slade ‘Deathstroke’ Wilson (played by Joe Manganiello). Slade is, as far as we’re concerned, the most versatile villain in the entire DC Universe. Deathstroke is an assassin for hire, but also an anti-hero and a mean bastard. He’s familiar to Arrow fans (where he has been played to perfection by Manu Bennett), and he’ll be the star of his own solo movie soon enough.

The suggestion of a supervillain team-up (and no, Suicide Squad doesn’t count, since they work for the government) is an intriguing one. For starters, it’s the one thing that the Marvel Cinematic Universe hasn’t attempted, and for a studio that is looking for points of difference even as the tone of this movie felt more like its competition, a small army of recognisable bad guys taking on heroes would be a step in the right direction. In general, and in part because their licenses aren’t split between different studios, Warner Bros has a stronger pool of villains to pull from with the DCEU than Marvel does, so now that the heroic side of things has been so well established, this would be a wise avenue for them to explore. So will they be the Secret Society of Super-Villains from the comics? The Legion of Doom from Challenge of the Super Friends? It doesn’t matter as long as they have that cool headquarters from the cartoon! If nothing else, expect the next round of threats the Justice League faces to be decidedly more domestic, rather than another cosmic menace like Steppenwolf. I’m sure we’ll get to Darkseid eventually…