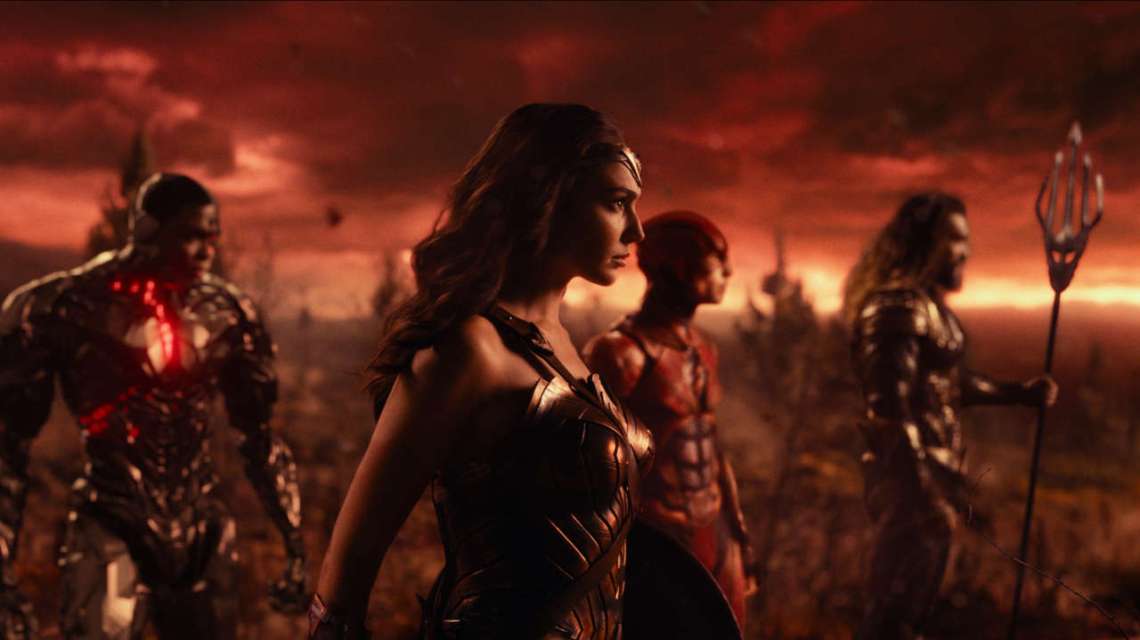 What did the Justice League ending mean for the future of the DC Extended Universe? We take a careful look.

As you probably guessed from the title, this article consists of nothing but Justice League spoilers.

The Justice League movie certainly leaves the DC Extended Universe in a different place than it found it. Aside from doing its best to restore a sense of hope and optimism to the DCEU, and the obvious implications of Superman’s return, it hints at a landscape that should feel more familiar to DC Comics fans overall.

The weird alien kudzu that was spreading throughout the eastern European country that Steppenwolf was terrorizing instead blooms into beautiful alien flowers. This seems like something of a meta-commentary on how people perceived the DCEU after Batman V Superman: Dawn of Justice, and where the filmmakers intend to take things going forward. Also, the presence of this alien flora on Earth, and the little girl’s wide-eyed reaction to it would seem to indicate that after the devastation of Man Of Steel and the suspicion that aliens (well, specifically Superman) were viewed with during Batman V Superman, Earth is finally ready to embrace change.

Granted, that’s all a little out there. But there are more concrete indications that we’re getting a different kind of DCEU from now on.

Chief among these is the establishment of a permanent Justice League headquarters, apparently in the ruins of Wayne Manor that we saw in Batman V Superman. Traditionally, the Justice League operates out of a satellite or a base on the moon, but perhaps we’ll get there. For now, Diana’s edict that they leave room for more seats at their table would indicate that Shazam (whose solo movie is coming in April 2019) and perhaps a Green Lantern (they’ll be introduced to the DCEU in 2020) will be joining the team by the time Justice League 2 eventually roles around.

But first, Aquaman, Cyborg, and Flash have some work to do. All three are slated for their own solo movies (with Aquaman due in December 2018, Cyborg in 2020, and Flashpoint awaiting a release date). It’s a relief to see that Cyborg gets a quick redesign at the end of this, because for a character who turned out to be quite interesting, he wasn’t an impressive visual. Arthur is on his way back to Atlantis to presumably embrace his heritage as Atlantean royalty. Barry is a step closer to becoming a CSI, and thus a little more like the Barry Allen of the comics and TV show.

But since those are new characters, their journeys don’t have quite as much weight as Superman’s moment. We’re given a pretty clear indication that Superman’s journey to becoming the iconic, familiar version of the character is finally complete. I don’t know how they’re going to explain Clark Kent coming back to life, but that was a pretty classic “this is a job for Superman” quick-change moment there, which is something that has been studiously avoided in Henry Cavill’s two previous efforts in the role. While the evolution of Superman from Man Of Steel to here was perhaps a little more rushed than it needed to be, at least they got him here.

We also see a post-crime scene in front of Diana’s job at the Louvre, involving some elaborate art thieves. There’s a “J. Christopher Cleaning Service” they apparently used as a cover (I wonder if this is a reference to excellent comics writer Christopher J. Priest), and there’s a classy looking woman being led away in handcuffs. I almost wonder if there’s a detail I’m missing here, and if this is perhaps a sideways nod to one of Wonder Woman’s golden age villains or something. Still, something like “art thieves” feels downright whimsical after the first few DCEU movies.

There’s another nod to that more relaxed, heroic tone in the first of the two post-credits scenes with the Superman/Flash race. That’s tempered with something more sinister with the introduction of Joe Manganiello’s Deathstroke and Luthor’s suggestion they form a team of villains in the second of those scenes, but with a Justice League in place, Suicide Squad establishing a world’s worth of supervillains, and now this, the DC Universe feels “complete,” regardless of how you feel about the quality of any of the movies.

But the key takeaway is the theme that has united the trilogy from Man Of Steel to Batman V Superman to Justice League: hope. “Hope” has long been the preferred message of the DC Universe, and while the concept of hope as it relates to superheroes was introduced in Man Of Steel (where the “S” as a literal symbol of hope is itself a quiet homage to Superman: The Movie) and lost in Batman V Superman, it would seem it’s here to stay after the conclusion of Justice League. Here’s hoping they can make it last.