Justice League and the dangers of extensive reshoots 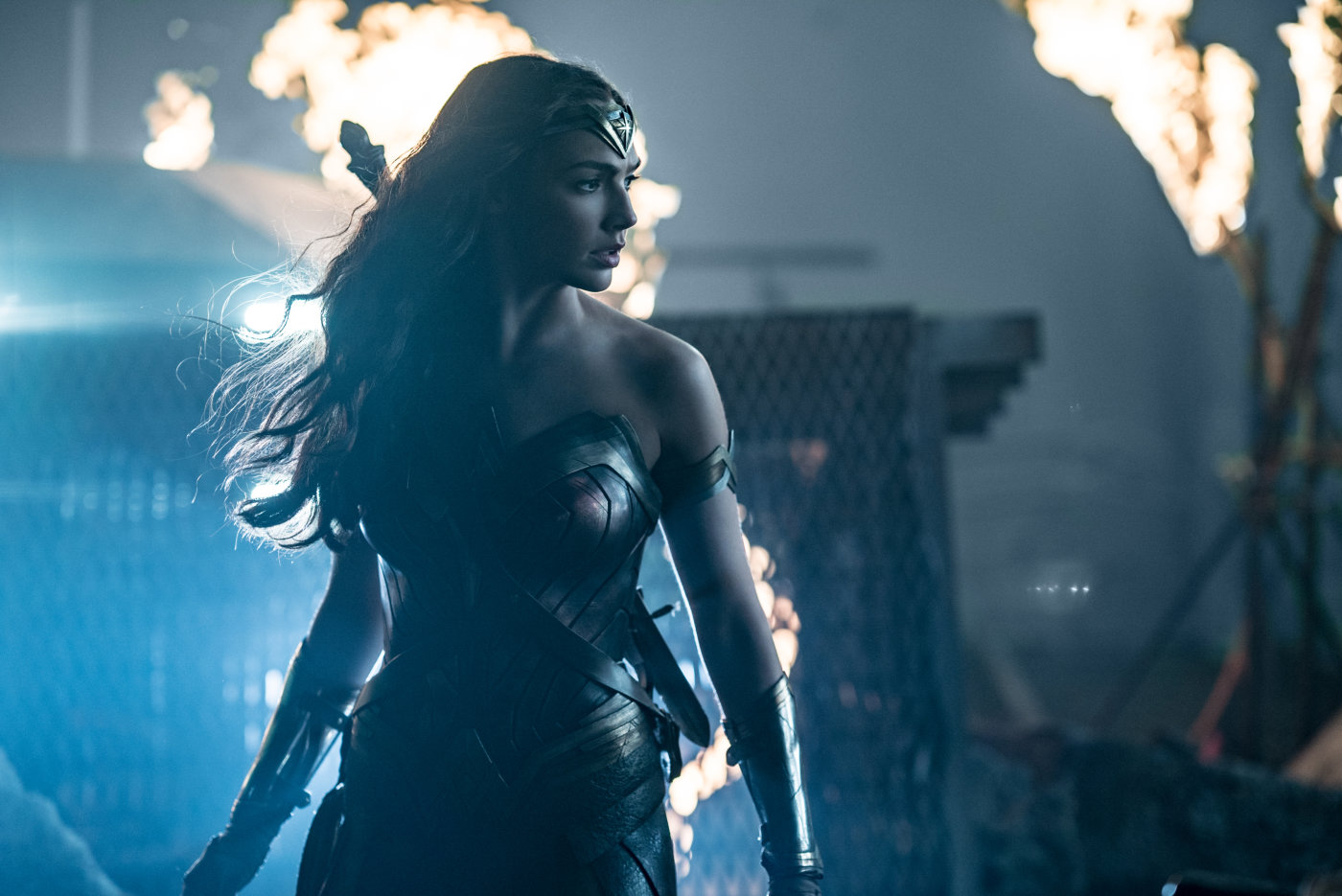 They're pricey, and can prove to be a huge risk. In the wake of Justice League, we look at the rise of extensive reshoots…

NB: the following contains very mild spoilers for Justice League, but nothing you couldn’t glean from the trailers.

You only have to look at the news that came out of the Warner-DC camp to see how plans for its Justice League team-up movie changed over time. Only two years ago – a relatively brief window, in blockbuster filmmaking terms – the studio announced that Justice League would comprise two parts, one scheduled for release in the autumn of 2017 and the second slated for the summer of 2019.

One year later, director Zack Snyder revealed that the plan had changed somewhat: the two Justice League movies would be stand-alone, rather than two halves of one story. By then, principal photography had already begun, and Warner was already absorbing the distinctly mixed reviews that greeted the movie that was supposed to serve as an introduction to the Justice League – Batman V Superman: Dawn Of Justice.

You’ve probably read what happened next: following a family tragedy, Zack Snyder stepped down as director, and in the spring of 2017, in stepped Joss Whedon to oversee post-production, co-write new scenes, and oversee an expensive bout of reshoots – reckoned to cost as much as $25 million. More recently, Warner has stated that Whedon’s new scenes account for approximately 15 to 20 percent of the finished film’s surprisingly lean two-hour duration – surprising, because of the widespread rumours that Snyder’s cut was closer to the 180 minute mark.

Regrettably, the sutures from Justice League‘s unusually troubled production are all too present. Your mileage may vary with this shorter, quippier DC superhero outing, but the added one-liners and jittery asides from Ezra Miller’s Flash were glaringly added long after principal photography. Although Snyder’s departure under unimaginably difficult circumstances may have been a contributing factor, but it feels as though something more fundamental went wrong behind the scenes on Justice League: in a belated, rushed attempt to pivot the film according to prior successes, both within the DC stable and without, the film loses its tonal and technical coherence.

The upbeat rock of the Guardians Of The Galaxy movies has pleased audiences of late, so existing Justice League scenes appear to have been retooled with growling, punch-the-air guitar tunes. Critics reacted negatively to the gloom of Batman V Superman and the designer nihilism of Suicide Squad, so the superheroes in the Justice League now josh and banter and give each other motivational advice. Wonder Woman was a barnstorming success this year, so new scenes featuring Diana Prince fighting some really odd-looking terrorists now appear in Justice League’s first act. All of this likely means that, for better or worse, Justice League has evidently drifted from the house style Snyder established in Man Of Steel and Batman V Superman. It was obvious from the very early footage that came out of Comic Con a year or so ago that Justice League would be a lighter, jokier affair than those two DC films, but the changes are easy to spot even in the trailers that came out later. Ray Fisher’s role as Victor Stone/Cyborg has been cut down (early footage showed scenes of an uninjured Stone playing American football). Ezra Miller’s Flash gets more screen time and a lot, lot more jokes, most shot in tight close-up (curiously, a plot-point regarding Barry Allen’s seeming illiteracy is established and then forgotten about).

Elsewhere, Jesse Eisenberg, who in 2016 announced that he was to reappear as Lex Luthor, is almost entirely missing from the picture. Likewise Willem Dafoe, who was supposed to play an Atlantean named Nuidis Vulko; this, along with Amber Heard’s befuddlingly brief scene, suggests that Jason Momoa’s Aquaman once spent much longer in his undersea kingdom.

It remains to be seen whether we’ll ever see a cut of Justice League that approaches the one that Snyder presumably had, at least in rough form, earlier this year – when the director stepped down in May, more than six months had already elapsed since the end of the initial shoot. Just how much changed between the spring and its autumn release? The joins are visible, but we can only guess at what was taken out – barring some director’s cut down the line, of course.

Then again, the past few years have seen any number of films that have gone under drastic surgery before release – and in many instances, it’s unlikely the original cuts will ever emerge.

Take the following, for example:

This chilly return to the desolate landscape of John Carpenter’s 1982 cult classic didn’t introduce many ideas of its own, but it at least remained true to the earlier film’s gory, violent tone. What was regrettable, however, was Universal’s decision to have the original practical effects replaced with CGI, as well as add an entirely new ending. Those practical effects were created by Amalgamated Dynamics, the team behind such films as Alien 3 and Starship Troopers; a few years later, the studio released some footage of what its effects would have looked like – and they were pretty amazing.

Regrettably, it doesn’t look as though an alternate cut of The Thing, with those original effects rather than the digital ones, will ever emerge – the movie was a box office misfire in 2011, and Universal are unlikely to go to the expense of putting out a special edition Blu-ray. Instead, we’ll have to make do with this behind the scenes footage of ADI’s incredible handiwork.

As it turns out, the heavily retooled World War Z, which featured a new third act written by Damon Lindelof, wasn’t half bad. Nevertheless, we’d be fascinated to see the original ending as shot by director Marc Forster; apparently far more downbeat, it was reportedly a huge battle sequence between soldiers and zombies in the middle of Moscow. Instead, a total of seven weeks of reshoots – which greatly expanded the budget – gave us a more low-key, suspenseful ending which took place outside Cardiff, of all places. To date, an alternate ending has never emerged – and in all probability, never will.

Another film with well-documented problems behind the scenes, Fantastic Four was director Josh Trank’s big break into blockbuster filmmaking following his superb debut, Chronicle. During production, however, Trank’s disputes with 20th Century Fox eventually resulted in his public outburst on Twitter, in which he wrote, “A year ago, I had a fantastic version of this […] You’ll probably never see it.” According to some accounts – including that of Dr Doom actor Toby Kebbell – Trank’s preferred cut was much darker; we know that scenes involving the Fantasticar were shot but never used, as was an action sequence involving Jamie Bell’s The Thing jumping out of a military aircraft. Given how sour everything went on Fantastic Four, Fox probably isn’t too keen on showing the world what Trank had in mind. Apparent disagreements over tone resulted in some heavy re-edits on director David Ayer’s superhero flick, with reports suggesting that two rival edits – one closer to Ayer’s intentions, the other lighter and more like the trailers – were shown to test audiences. In the final event, the studio released the one with all the rock songs and rapid edits; much of Jared Leto’s performance as the Joker apparently wound up on the cutting room floor, much to the actor’s chagrin.

Although the bulk of Disney-Lucasfilm’s Star Wars spin-off was shot by director Gareth Edwards, it’s widely known that Tony Gilroy was brought in to oversee a fairly extensive retooling of Rogue One‘s third act. The resulting film was a hit (we thoroughly enjoyed it), but with tantalising shreds of Edwards’ original ending still appearing in Rogue One‘s trailers, we can’t help wondering how it all would have looked.

This may prove to be the most comprehensive reworking of a film in recent years. Originally, the Han Solo origin movie was being overseen by 21 Jump St directors Phil Lord and Chris Miller; after “creative differences” with Lucasfilm, they bowed out of the production this summer. The thing is, they’d already been busy shooting the film since February, which means that, when they left Solo behind, approximately four months’ worth of footage were already in the can.

Ron Howard was brought in as replacement director, reportedly to steer the production away from Lord and Miller’s improv-heavy, antic tone and closer to the letter of Lawrence Kasdan’s script. In October, there were reports Lord and Miller’s footage was being scrapped almost entirely, with Howard shooting up to 80 percent of the film afresh. Actress Thandie Newton has since denied this; at the time of writing, it’s not clear who will be credited as director in the final cut – will Lord and Miller’s name remain, or will Howard replace them?

Too big to fail? With the exception of The Thing – a lower-tier movie shot for about $38 million – the movies above are otherwise connected by their gigantic budgets. World War Z’s budget was a whopping $190 million; rumour has it that as much as $300 million went on Justice League by the time all the reshoots were factored in.

What’s fascinating about these is that, on gigantic movies where planning is clearly paramount, huge sums of money are being spent on retooling elements of their story – often, it seems, their explosive finales. The more the costs of making big, event movies rises, it seems, the more studios are willing to spend on fixing perceived problems. In this, superhero blockbusters and Star Wars sequels have become like the world’s biggest banks – when they get into financial trouble, it’s deemed more expedient to spend money on shoring them up. In the 21st century’s high-stakes cinema landscape, some films really are too big to fail.

Even the most extensive reshoots don’t necessarily spell critical or financial disaster for a movie, as Rogue One and World War Z prove. But then again, there are plenty of other films that serve as a cautionary reminder of how hard it is to rework and redirect a story once it’s in full flow.